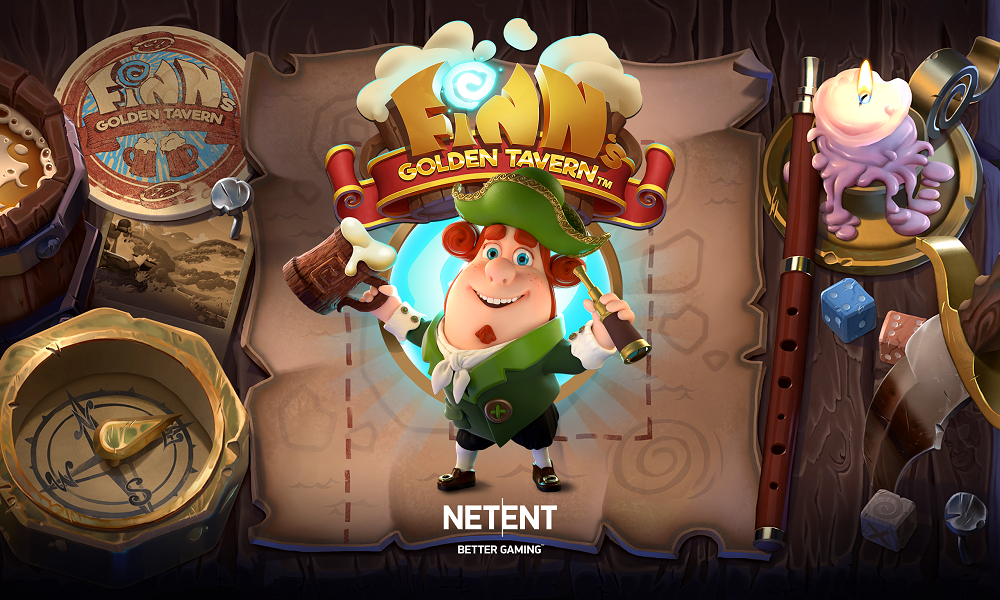 With a flagon of foamy mead in one hand and a telescope for spotting treasure in the other, red-headed leprechaun Finn proved so popular in his last outing for NetEnt, the developers have called on his talents once again for their latest release.

In Finn’s Golden Tavern, the flame-haired hero is back with a vengeance in this five reel, five row slot that includes a Wild Symbol, a Free Spins chest, Free Spins with a multiplier meter and a coin bonus – and two different Random Features, too.

What singles Finn out from the competition is his Swirly Spin, though. Press the button to spin the reels and instead of the usual mechanic of symbols scrolling speedily down the reels, here there’s a kind of pathway progression, as symbols weave their way from the bottom of the screen to the centre in a swirling formation. 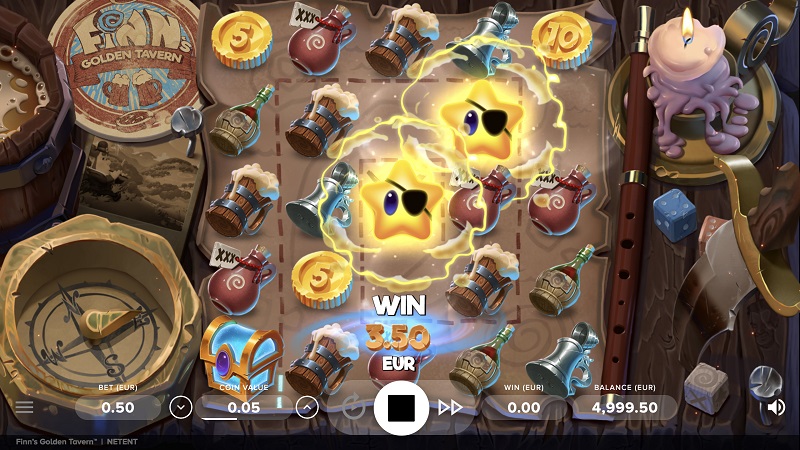 Look for Wild Symbols which can intersect or overlap on the same row or column, and a Free Spins chest symbol that will progress to the centre of the screen as wins occur, and the remaining symbols avalanche.

Free Spins will be activated if the Free Spins Chest symbol appears in the central position when there are no more winning combos, and every avalanche has completed.

With the Free Spins up and running, the player will be awarded 5 Free Spins, complete with a multiplier meter which can increase the potential win payout. The multiplier can grow as the feature takes place too, depending on how many wilds are generated.

There’s also a Fist Slam Feature that can be randomly activated on a no-win spin, moving a coin symbol to generate a win.

Tempted to take a trip to this friendly tavern then? It’s not long now until you can stop by for a drop of the sweet stuff…

Finn’s Golden Tavern is released on 9th December 2019 – in the meantime, visit 32Red Casino to check out a wide range of table games and slots that will keep you entertained for now!

Out now: Santa vs Rudolf
Out now: Wings of Riches