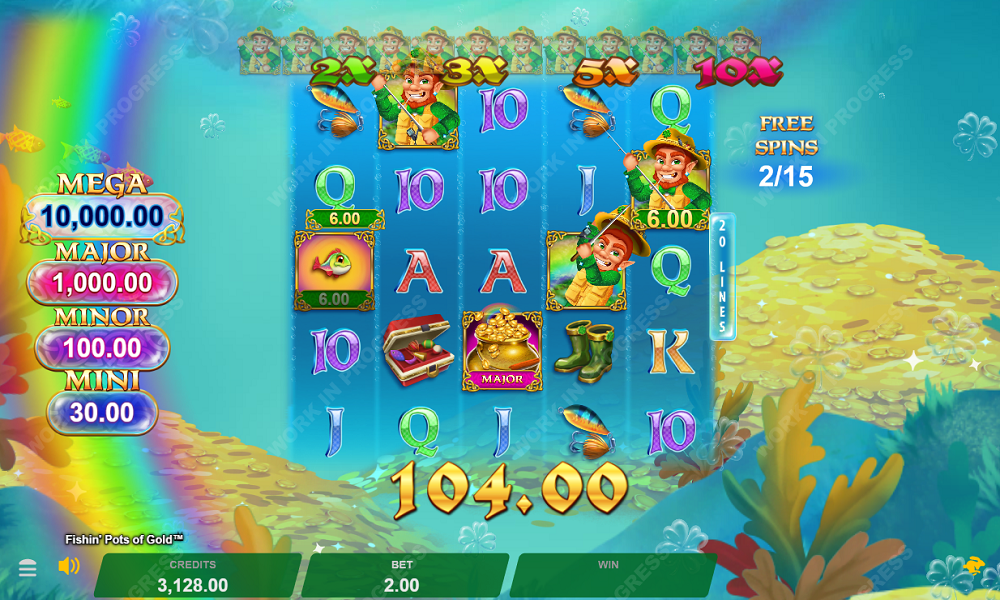 Out now: Fishin’ Pots of Gold

Imagine you’re fishing, you think you’ve got a nibble – and you end up reeling in a rusty old pot? We’ve literally all been there. But wait – imagine if that pot contained purest gold? Now you’re talking! Play Fishin’ Pots of Gold now

Until they do though, this latest release might just be the alpha and omega of slot gaming in the 21st century. It’s like if the Star Wars and Marvel movie franchises linked up to create one monumental entity. Leprechauns and angling – together at once. It’s beautiful.

In Fishin’ Pots of Gold, the new one from Microgaming and Gameburger Studios, you’ll find a cataclysmic collision of two of casino gaming’s most crowd-pleasing themes. In this five reel, three row slot you’ll go fishing with Lucky Lad Flynn, a leprechaun – and these waters are teeming with potential catches. 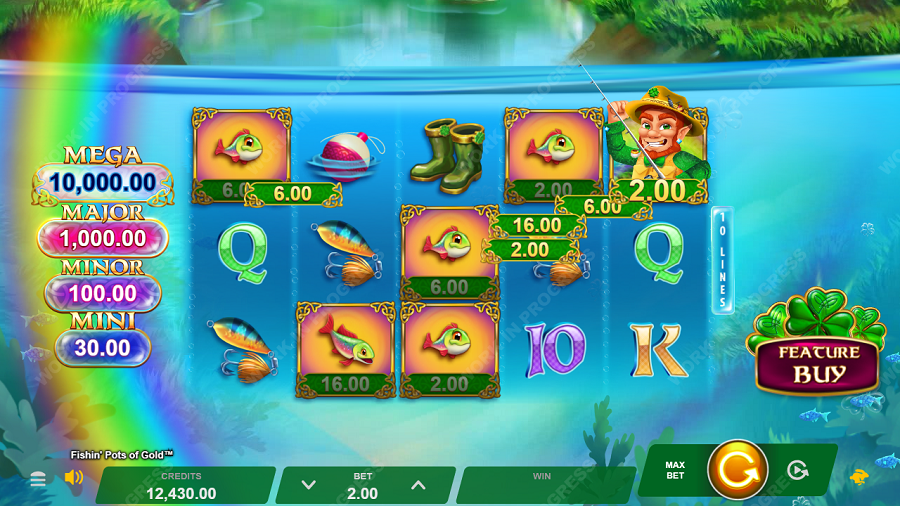 Pay attention to the Special Rainbow Trout symbols – if these appear, they can award random cash amounts of up to 10 times your stake, and if Flynn lands on reel five he’ll reel them in.

There are also Free Spins symbols that can award, unsurprisingly, 10, 15 or 20 Free Spins. While the Free Spins are in play, the reels will expand too, giving you more lines to play with.

Meanwhile, Flynn can appear on any reel, collecting cash and also potentially unlocking more Free Spins and cash multipliers of as much as 10x, via the multiplier trail that appears above the reels.

There are also four jackpots to be won, ranging from between mini to minor, major to mega, which can be triggered if the Special Pot of Gold Jackpot symbols land.

With a combination of compelling game mechanics and sizable potential prizes to be discovered, this fish is one tasty dish. In like Flynn? Damn straight.

Fishin’ Pots of Gold is released on 25th January 2022. In the meantime, visit 32Red Casino to check out a wide range of table games and slots!

Out now: Oni Hunter Plus
Out now: Royal Potato