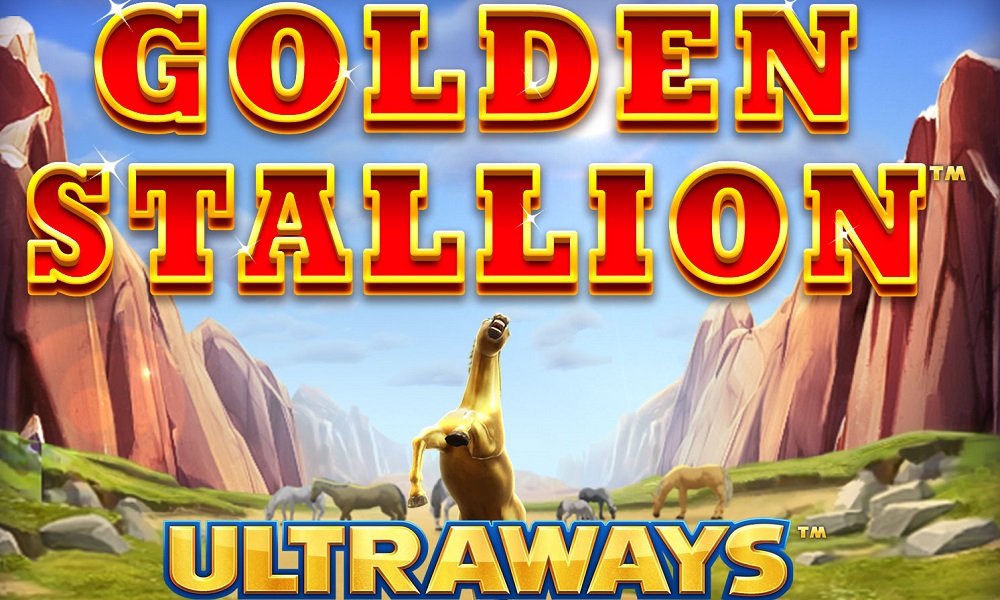 Prancing ponies and picturesque canyons await in Golden Stallion – along with the chance to take the reins of the Ultraways Free Spins. Ready to get in the saddle? Play Golden Stallion now

Ordinarily, you’ll have 20 paylines to deal with – but look out for the Bonus Symbol to change that. Land three of these scatters, and you’ll trigger the Ultraways Free Spins feature, where you’ll be granted 10 Free Spins – as the paylines max out at an incredible 196,608.

Before the Spins begins, you’ll take part in a pre-bonus round; three spins are awarded to you, and you’ll spin to try and land horseshoes.

Each reel position that has a horseshoe land on it will be highlighted, and can be locked in place – and further highlights mean the reel could split in two, giving you some extra winning ways. 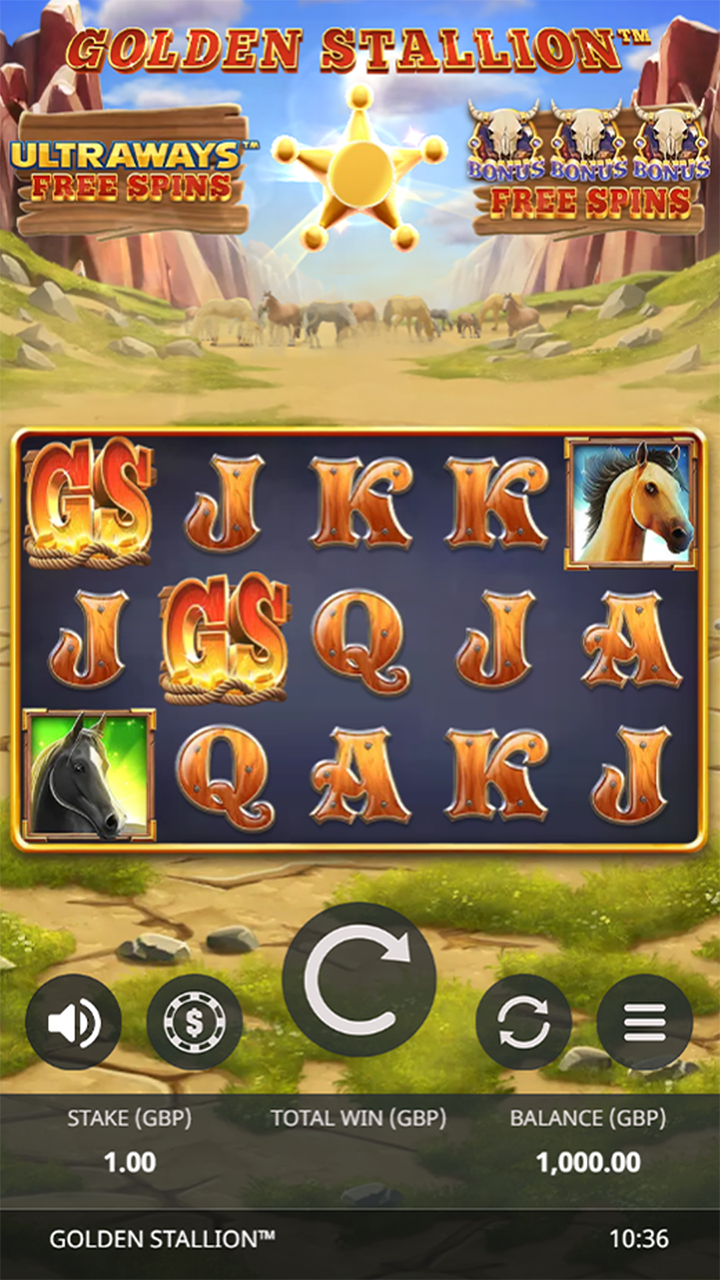 Try it for yourself when the game launches and you’ll find it’s pretty straightforward – not to mention, ripe with potential for wins.

If that’s not enough, there’s also another bonus to be had in the base game with the Golden Spin, as mystery symbols change to randomly selected Gold or Wild symbols. As the Golden Spins play out, you could see a stampede of wins…

Ready to take this wondrous beast for a ride, then? Don’t back the wrong horse – when it comes to slot action, Golden Stallion is a true thoroughbred.

Golden Stallion is released on 14th January 2021 – in the meantime, visit 32Red Casino to check out a wide range of table games and slots to keep you entertained for now!