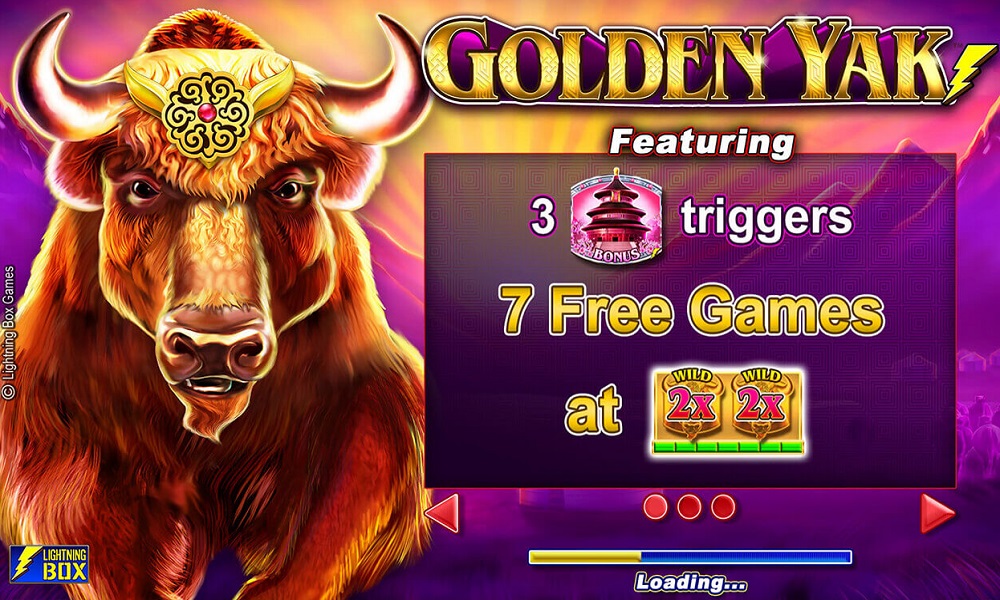 It’s a crazy journey, made more entertaining partly by the offbeat visual style on display here, and partly because the word “yak” is so much fun to say. Go ahead, try it. Yak. Great word.

Be that as it may, this five-reel, four row slot offers 1,024 ways to win. As you spin the reels you’ll want to keep an eye out for wild multipliers that give you the chance to expand potential wins by up to 100 times.

Look for the temple symbol, which acts as a scatter – if you land three, four or five of these you’ll receive a payout, as well as triggering the Free Spins feature, with seven Free Spins to play with. 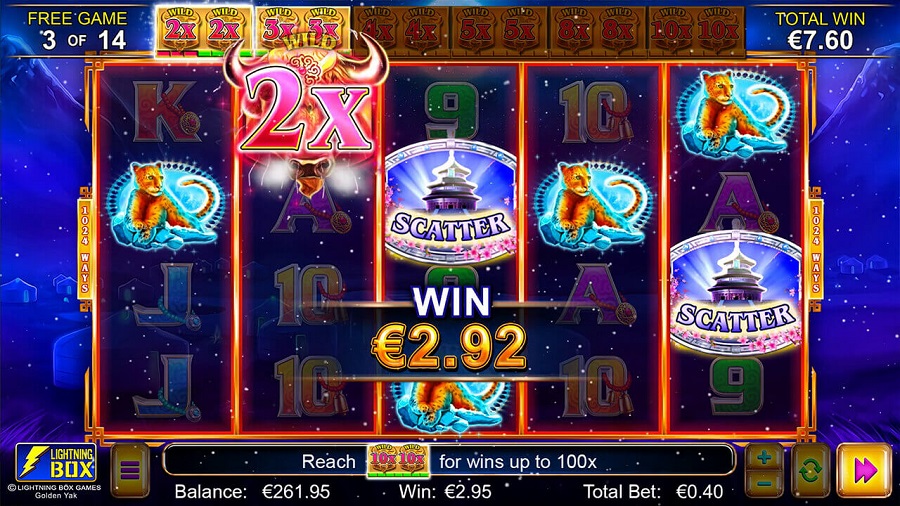 During the Free Spins, the Golden Yak symbol which acts as a wild in the base game will also come with multipliers here, ranging from x2 to x4, if you can land two golden yak symbols on the same spin.

But there’s also a Level Up feature, where landing more temple scatters will bestow additional Free Spins on the player, together with increased multiplier values. At level 2, this means multipliers of 3x and 9x – but move all the way to level 6, and you’ll have the chance to attain multipliers of 10x and even 100x!

With the chance to land some sizable payouts if your luck’s in, this forthcoming release could definitely be worth your time. Enough of my Yakking – not long now until you can take this big old heifer for a spin yourself.

Golden Yak is released in early 2021 – in the meantime, visit 32Red Casino to check out a wide range of table games and slots to keep you entertained for now!