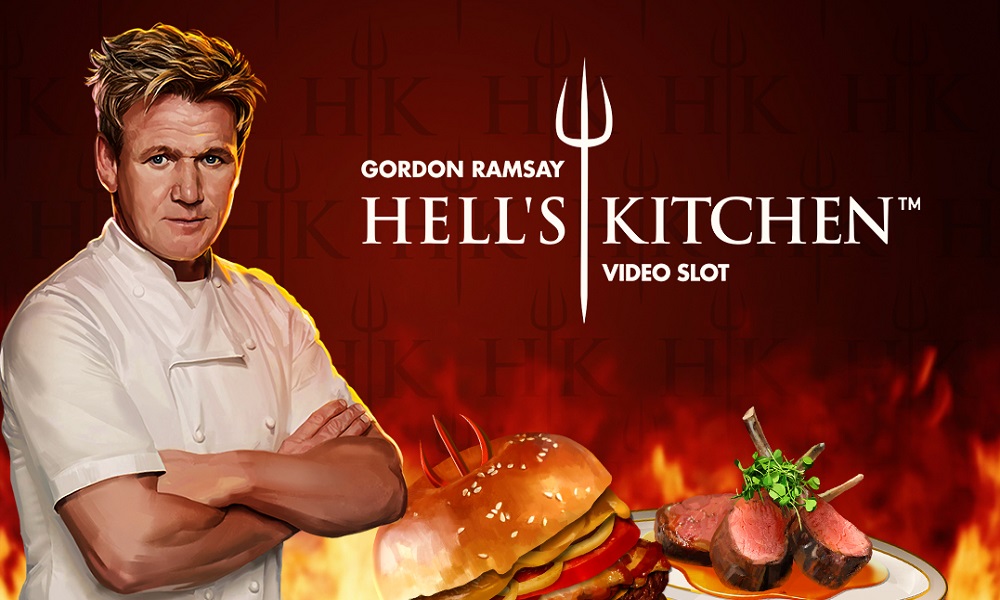 In the same way that some folk enjoy badger baiting or seal clubbing, there are also entire swathes of people who like Gordon Ramsay’s work. Play Gordon Ramsay Hell’s Kitchen now

Ramsay is the star of a new slot from NetEnt, called, ungrammatically, Gordon Ramsay Hell’s Kitchen. It’s based on a popular TV show, it’s on our release list – let’s have a look at it, I guess.

This five-reel, three row slot is chock full of Ramsay – great news for Ramsay fans! – and offers a plethora of slot features that at least give you a reason to play, even if you are not especially taken with Gordon Ramsay.

So that’s Ramsay’s Wilds feature, for one. Based on Gordon’s charming habit of hurling things at people who displease him, here knives, plates or other utensils can be thrown at the reels, turning symbols into Wilds in the process.

As many as seven wilds can be procured through this feature, and with Wilds substituting for other symbols, obviously there’s a reasonable chance of putting a winning combination together. 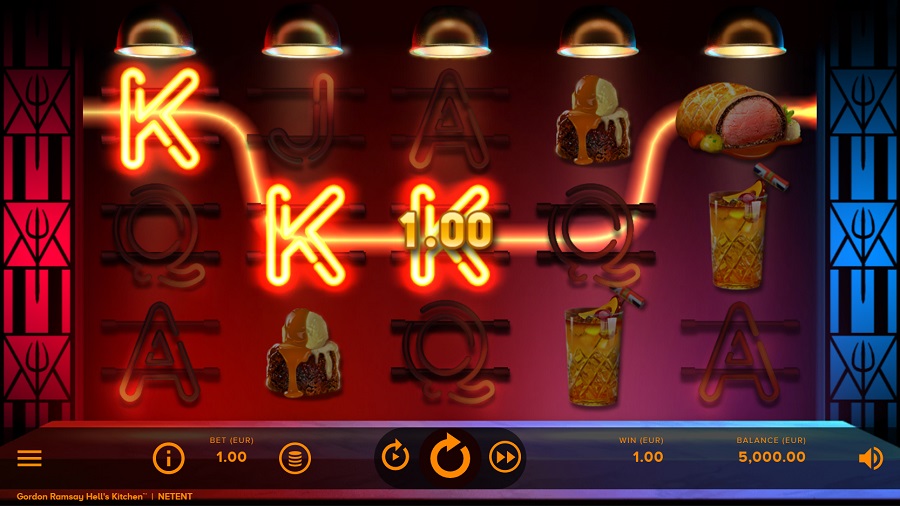 There are also Team Challenge Free Spins to look out for. Activate the Free Spins bonus by landing three Scatter symbols on the reels, and then choose whether to play on the red or the blue team.

Each team plays against one another – but don’t fret, you’ll take the winnings whichever side you choose. With multipliers and random wilds also available while the Free Spins are in play, there’s undoubtedly plenty of winning potential here.

If your team triumphs in the Free Spins head-to-head, you’ll then go on to play a Pick-and-Click bonus game, where you’ll be presented with 15 menus; the menus can reveal either cash prizes, multipliers – or a cross. Collect three crosses, and the bonus will end.

So that’s it then. For those of us pining for Marcella Hazan’s The Essentials of Classic Italian Cooking in slot form, the wait goes on. Maybe one day, Heston Blumethal’s unconventional approach to cuisine will be the feature of a slot.

In the meantime, Gordon’s the only game in town when it comes to chef-themed shenanigans of a slot-based nature. Bon appetit…

Gordon Ramsay Hell’s Kitchen is released on 29th March 2021 – in the meantime, visit 32Red Casino to check out a wide range of table games and slots to keep you entertained for now!

Out now: Temple of Fire
Out now: Top Cat Most Wanted Jackpot King