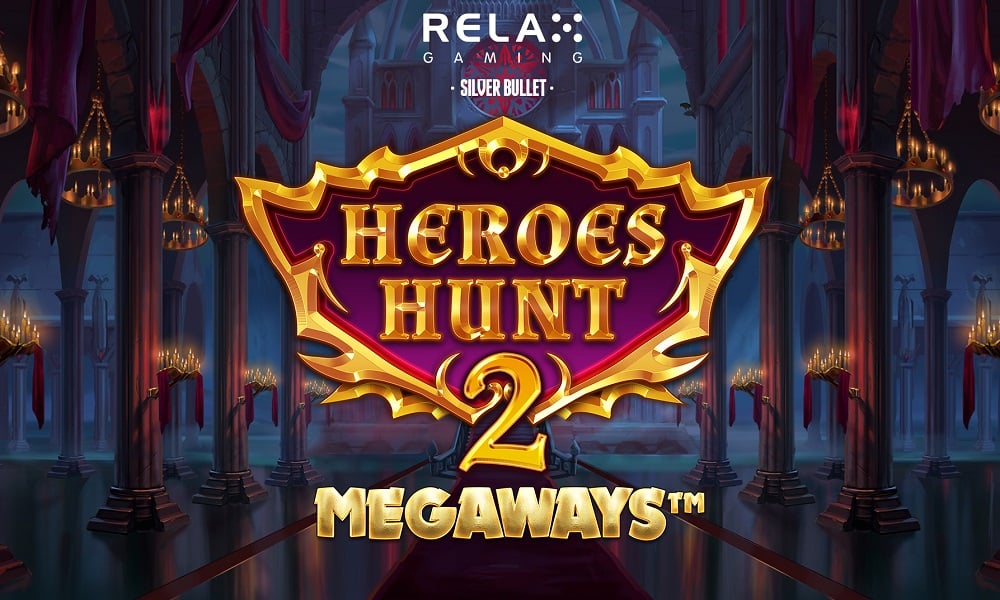 If you’re holding out for a Hero, you’re in the right place – Heroes Hunt 2 Megaways is weeks away from release. And slots fans seeking thrilling gameplay might just find this a happy hunting ground. Play Heroes Hunt 2 now

New from Relax Gaming, this six reel, six row release follows up on the original hunt, where the intrepid warriors of the title vanquished a dragon.

There’s none of those scaly beggars to deal with this time round – but you will find werewolves and vampires to reckon with, as you venture into a spooky old castle on a moonlit night.

And because this is a Megaways game, there’s loads of ways to win! Destroy blocker symbols on the reels to increase the number of active winning ways – a maximum of 46,656 ways are possible!

The three Heroes of the original game have returned – that is, an eyepatch toting lion, a magic wielding crow and, uh, I want to say a squirrel with a Robin Hood complex.

These different personalities aren’t just purely here for aesthetic purposes, though – at the beginning of the game you’ll choose one hero to start with, but as you continue to play you can unlock the other heroes; each one offers access to a different feature.

Heroes are unlocked by earning experience, which can be collected from chest symbols – collect three points, and you’ll unlock another hero. 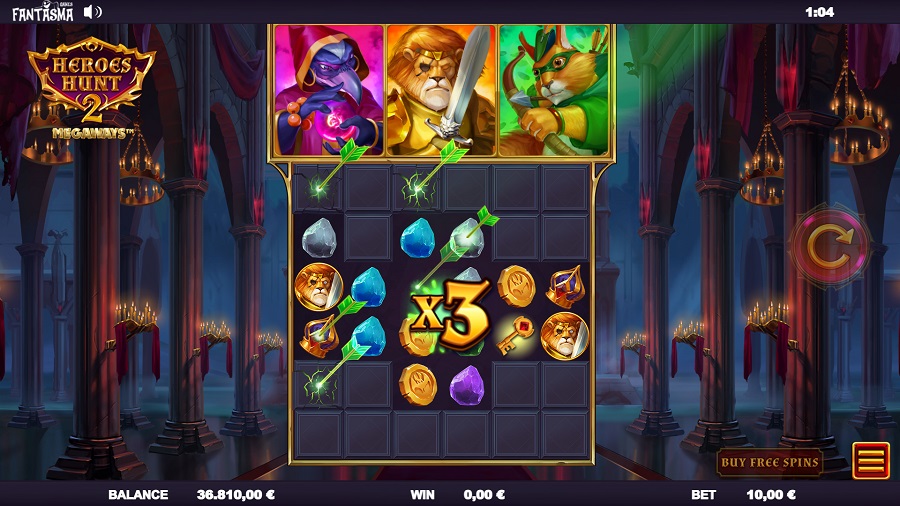 The Wizard has an Explosion feature; when the Explosion symbol explodes, it will be removed from the reels along with other symbols close to the exploding symbol. These will be replaced by new symbols, all of the same type.

Finally, the Archer offers a Respin feature, with Respin symbols removing themselves from the reels along with between four and nine other symbols – new symbols will then tumble into the new spaces.

There are also Free Spins features to be discovered, both Werewolf and Vampire variants – werewolf Free Spins can be triggered when the Chest symbol lands on the reels, and you’ll receive 10 Free Spins, complete with Werewolf Wilds.

You won’t have to Hunt high and low for this adventure – Heroes Hunt 2 is already shaping up to be one of the biggest slot releases of the season. If you’ve ever fancied playing the Hero, there’s not long to wait now…

Heroes Hunt 2 is released on 1st October 2021. In the meantime, visit 32Red Casino to check out a wide range of table games and slots!