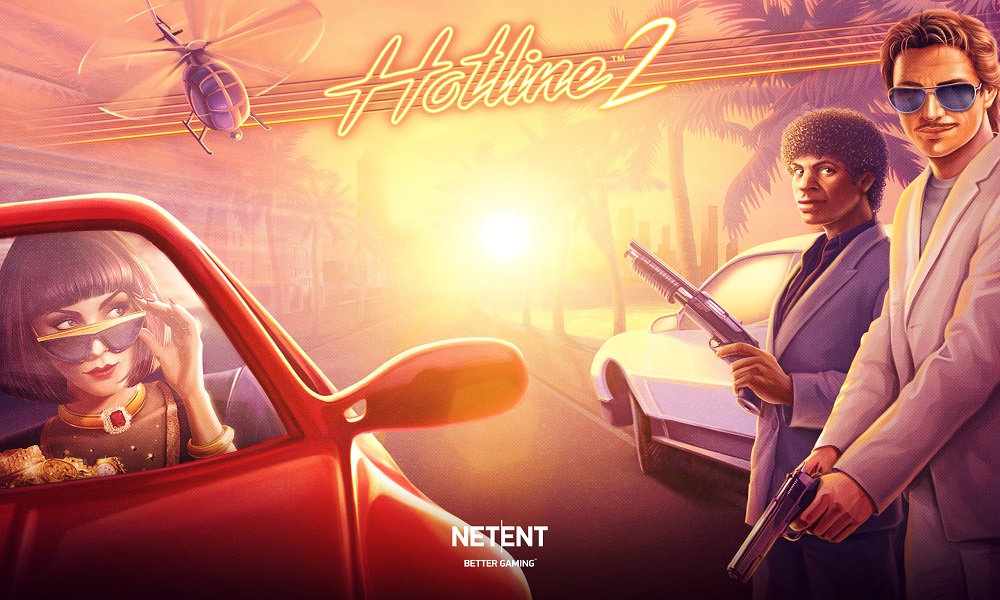 As far as the story goes, it’s straightforward enough – after a jewel store heist, detectives Quinn and Riviera are tasked with solving this case. Could the mysterious Kitty Weiss somehow be tangled up in this caper? I’m gonna stick my neck out and say “could be”…

Regardless, this neon-soaked wonderland of shotgun-wielding detectives rocking designer stubble makes for an energising adrenalin rush of a slot.

This five-reel release offers Expanding Wilds, Free Spins along with expanding reels, and a nifty Hotline feature. If Wild symbols land in the central Hotline reels, the Wild symbol will expand to cover the whole reel, giving you more possibilities to make a winning combination. 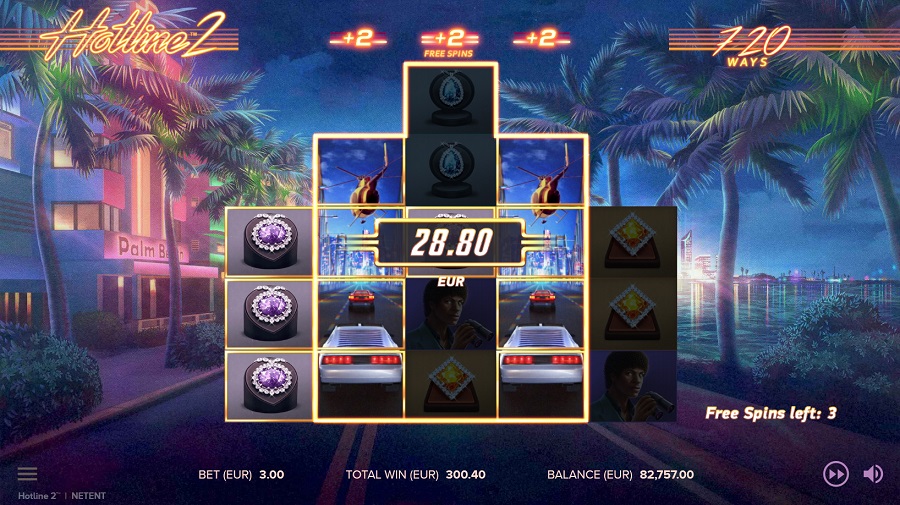 Hotline’s visuals call to mind an updated take on classic arcade video games, while the art decorating the reels is an unmistakable homage to that awesome eighties era. But as slick and sleek as Hotline 2 looks, the window dressing alone won’t get you through the door – luckily, this slot has plenty of paying out potential to go with the personality.

The game offers 243 bet ways – though that’s significantly increased when the Free Spins kick in, with up to 1944 ways to win while the bonus feature is in play.

Hit three scatters, and you’ll trigger that Free Spins bonus (along with some music that might have come fresh out of a Harold Faltermeyer mix tape).

Fancy taking a cruise down those mean Miami streets? Hotline 2 is definitely bringing the heat this summer…

Hotline 2 is released on 24th August 2020 – in the meantime, visit 32Red Casino to check out a wide range of table games and slots to keep you entertained for now!