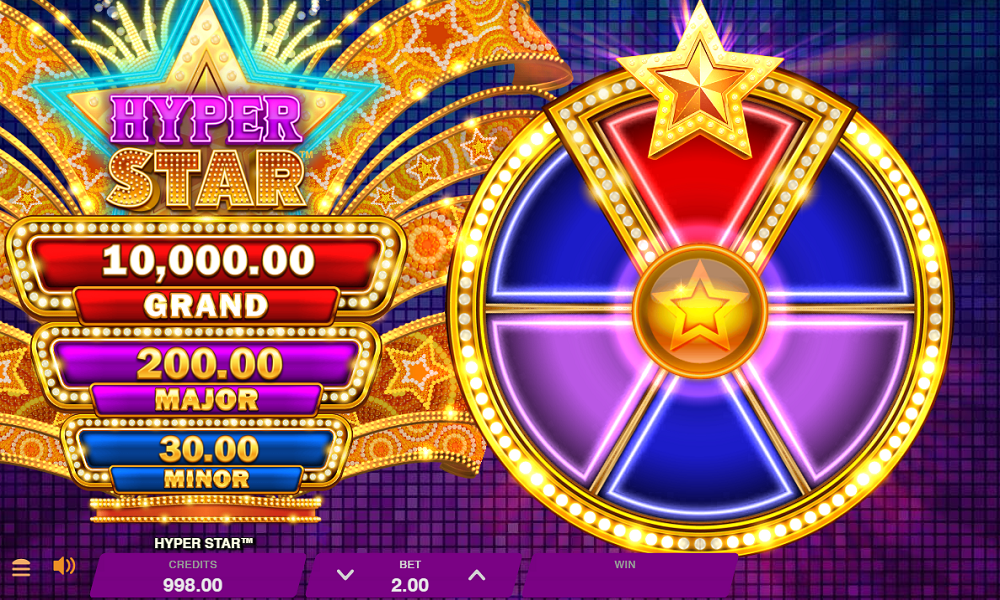 In this five reel, three row, 243 ways release, you’ll find a kaleidoscope of colours moving across the ever-shifting reels. But what really makes this a five star experience is the array of fine features waiting to be discovered.

For instance, the jackpots, which range from minor to major to grand. Land the big one, and you could enjoy a prize payout of 5,000x your bet.

Even if you don’t land the Jackpot, there’s plenty of other attractions to keep you interested. Like the Rolling Reels, which occur after every win.

The symbols in the winning combo will disappear, with new symbols tumbling down from above for the chance to produce new combinations.

There’s also a Multiplier Trail that increases each time there’s a consecutive Rolling Reels win, with the multiplier values climbing from x2, x3 and finally x5. 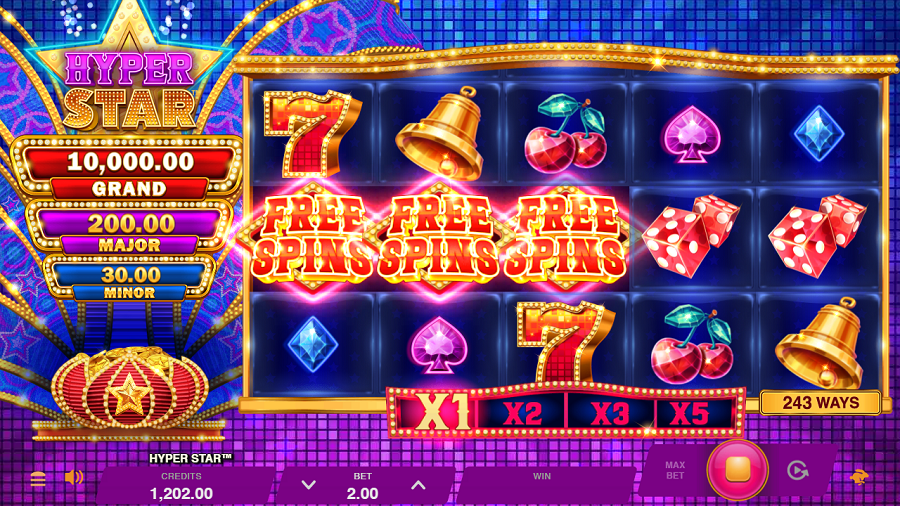 Apart from that, any Wild Star symbols that appear on the reels are definitely good news. As well as acting as substitutes for other symbols, these stars will fly towards the jackpot, and have a chance to activate the Jackpot bonus.

If three of the Wild Star symbols land on the reels at the same time, they can even activate the Free Spins feature, which also triggers if three or more Free Spins symbols landing in the same spin.

Once activated, you’ll find Rolling Reels, and opportunities to land the jackpots in the Free Spins, just as in the base game. There are multipliers to be found here too, but they’re worth more than in the base game – with multiplier values between x3, x6, x9 and x15.

No hyperbole here – Hyper Star is ultra-slick, and overflowing with potential for payouts. Fancy making it a Starry, Starry night (or day) to remember?

Hyper Star is released on 23rd November 2021. In the meantime, visit 32Red Casino to check out a wide range of table games and slots!

Out now: Dracula Awakening
Out now: Reign of the Mountain King