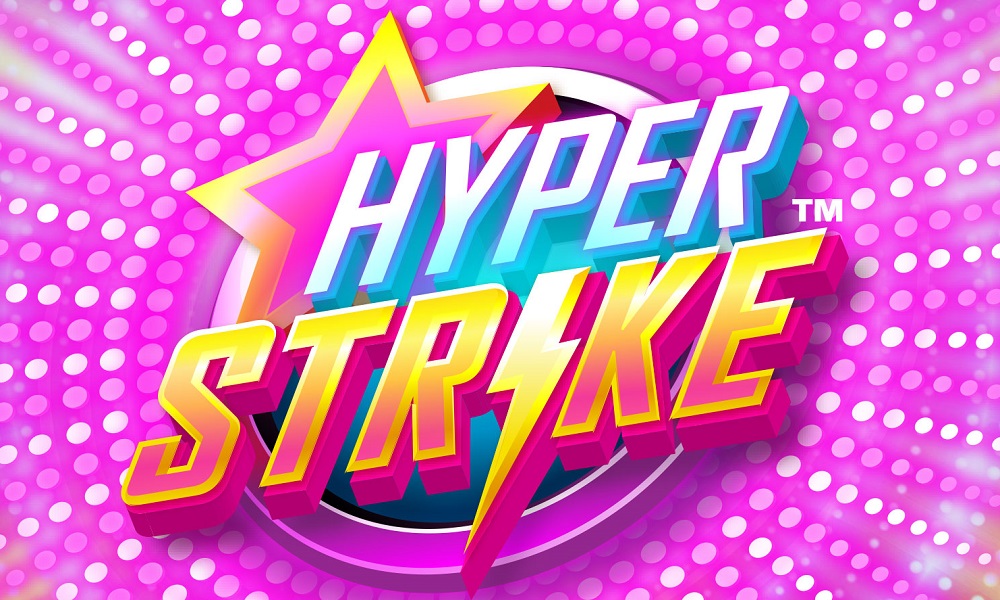 Looking to Strike it lucky? With Hyper Strike, the ebullient new slot from Microgaming and Gameburger Studios, the hype is justified – this psychedelic slice of gaming goodness is awash with kaleidoscopic visuals and tempting ways to win. Play Hyper Strike now

Hyper Strike might be a riot of colour and kinetic energy – but beneath the surface excitement, there’s also plenty of reason to fire up this five reel, three row, 20 payline game.

With game play that will be reminiscent to players who have already tried smash hit slots like 9 Masks of Fire and Tarzan and the Jewels of Opar, Hyper Strike offers a blend of appealing aesthetics and popular features to leave players baying for more.

First up, look for the Hyper Strike scatter symbols arriving during the base game. Three or more landing on the reels will deliver a payout, with more scatters meaning greater prizes. Land nine scatters, and you’ll be in the frame for a payout that’s 2,000x your stake – but even if you can’t hit that magic number, there’s still big prizes to be claimed here. 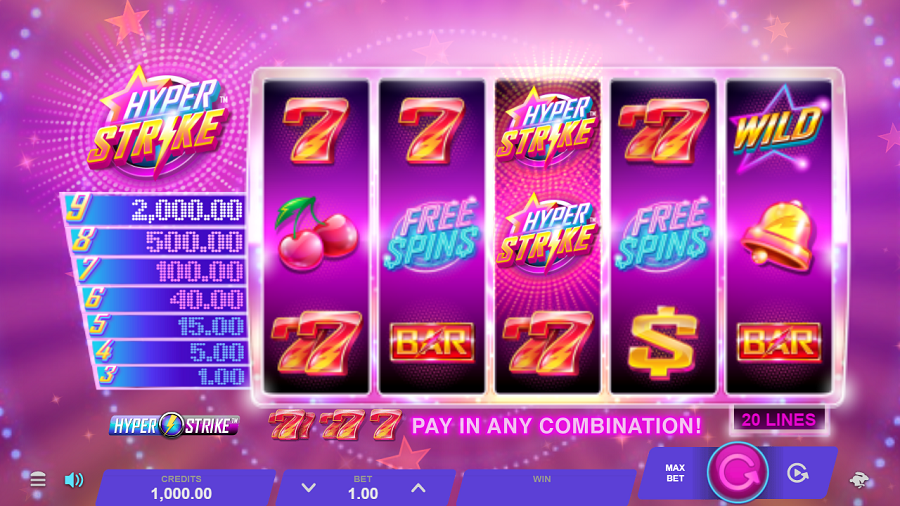 There are Free Spins symbols too, and if three of them land on the reels they’ll trigger a spin on the Free Spin wheel. Here, you will be spinning to determine both the amount of Free Spins you’ll receive, plus the value of your multiplier.

The number of Free Spins ranges from between 10 to 30, while you can land multipliers of x2 or x3. Free Spins can be retriggered, too.

Otherwise, there are wild symbols which can substitute for other symbols, handily giving you a chance to complete a winning combo – and that’s pretty much Hyper Strike, in a nutshell.

With the potential for serious amounts to be won, together with a light-show of compelling quality, Hyper Strike is exploding in technicolor. Believe the hype…

Hyper Strike is released on 19th January 2021 – in the meantime, visit 32Red Casino to check out a wide range of table games and slots to keep you entertained for now!