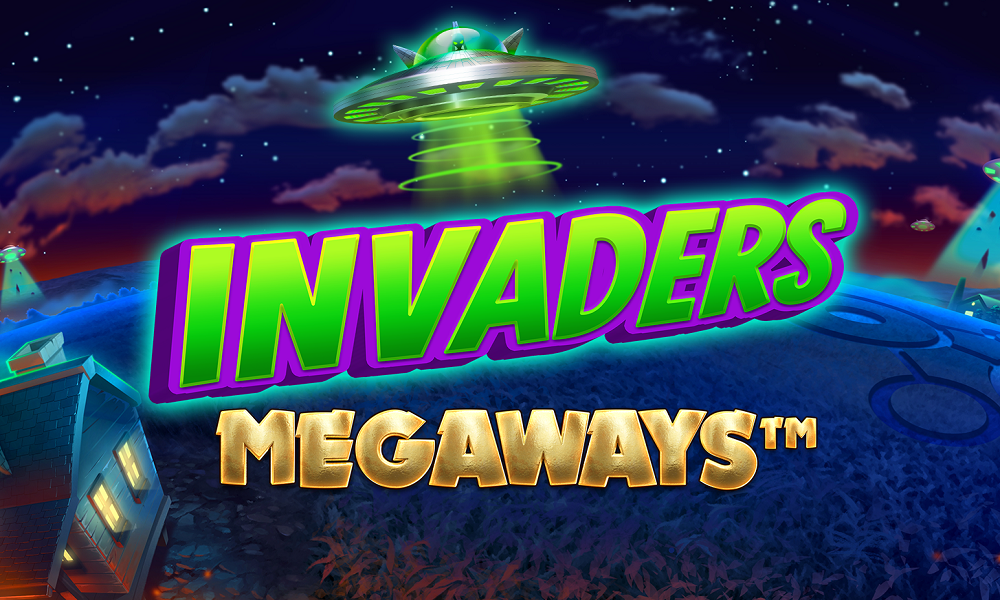 If aliens ever find themselves in this sleepy little backwater we know as Earth, we like to think they’d just pop down, charm us with a few intergalactic witticisms, and then be on their way without trying any of that taking-over-the-planet nonsense. Play Invaders Megaways now

But in Invaders Megaways, the new one from SG Digital, these aliens are up for some aggro. Gadding about in their poncey flying saucers, these creatures from another dimension definitely don’t come in peace – they’re all about the planet-conquering, the schmucks.

Not too worry though, since it all makes for a rather thrilling slot experience. In this six-reel release, amidst the unearthly depictions of aliens, ray guns, eccentric scientists and otherworldly landscapes, there’s a fair old amount of intriguing features too.

With the Megaways mechanic, symbols can appear in different sizes, with each reel capable of displaying between 2 and 10 symbols.

That means the potential to put a winning combination together is constantly varying – and when it does happen, the winning symbols will explode, to be replaced by new symbols – and another chance to land a winning combo.

You’ll find the standard useful slot items, like wild symbols that can substitute for other symbols to help you land a win, and bonus symbols too. 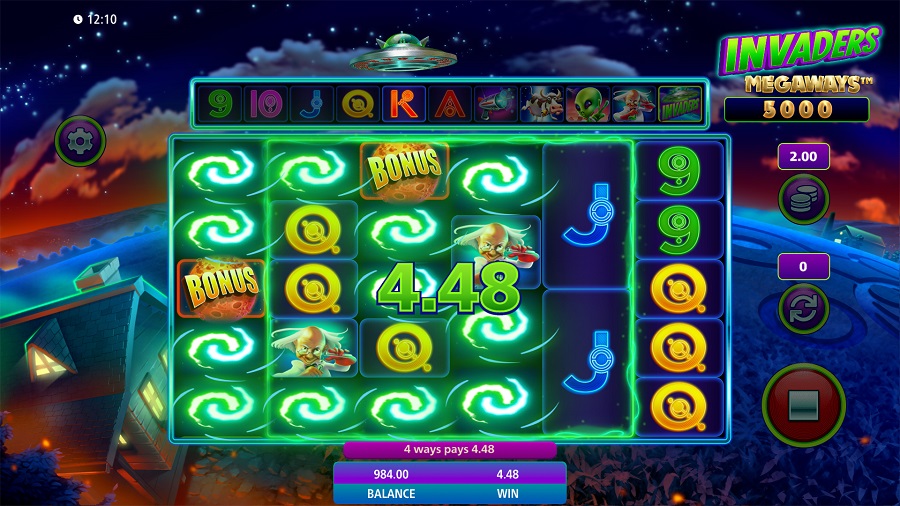 Land four or more bonus symbols to trigger the Free Spins feature – where a random symbol will be chosen as a Wild, and one of a range of modifiers will be selected, with multipliers, growing reels and more to explore.

if you can land a further three bonus symbols while the Free Spins are in play, you’ll be awarded extra Free Spins, too.

With the UFO Wild selector, a random paying symbol can be chosen by the UFO, with that type of symbol then acting as a wild during a Spin.

If aliens aren’t uncanny enough for you, there’s also a Mythical Unicow feature – if this unusual creature makes an appearance, all reels will show between 7 and 10 symbols. That adds up to a range of pay-ways between 117,649, and an out-of-this-world 1,000,000 ways.

Overflowing with jazzy features and striking presentation, these odious alien lifeforms offer a slot adventure worth embarking on. Ready to repel these Invaders?

Invaders Megaways is released on 18th June 2021 – in the meantime, visit 32Red Casino to check out a wide range of table games and slots to keep you entertained for now!