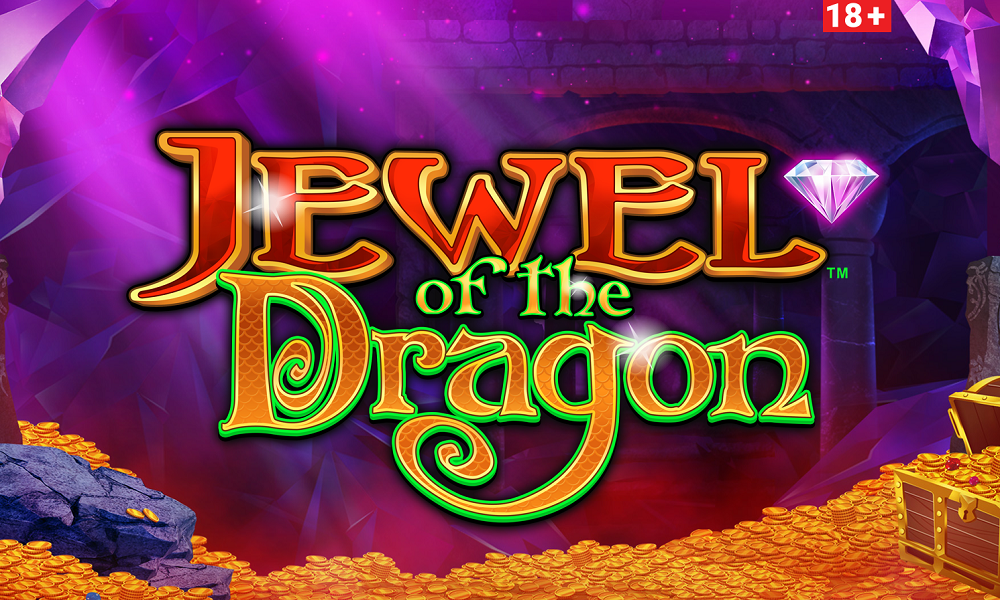 Out now: Jewel of the Dragon Mega Drop

Hot Zones. Drop Zones. Dragon Nudges. With those six words, we’ve just about summarised the essence of development studio Red 7’s forthcoming release Jewel of the Dragon Mega Drop. But because we like to be thorough, allow us to spell out the details.

The Dragon of the title isn’t one of those belligerent, oversized winged lizards – actually, this beastie is actually a pretty cute little guy, even when you factor in the fire-breathing.

With five reels and four rows, it’s fair to say Jewel is comfortingly familiar, rather than a revolution in slot gaming. That means that the standard features you’d expect to find are all present and correct here – like wilds, naturally, which substitute for most of the other symbols.

You’ll always be granted eight free spins, but the number of scatters that trigger the feature will affect the multiplier – with three symbols you get nowt, four symbols give you a 2x multiplier – and five symbols means you’ll enjoy a 5x multiplier. Nice! 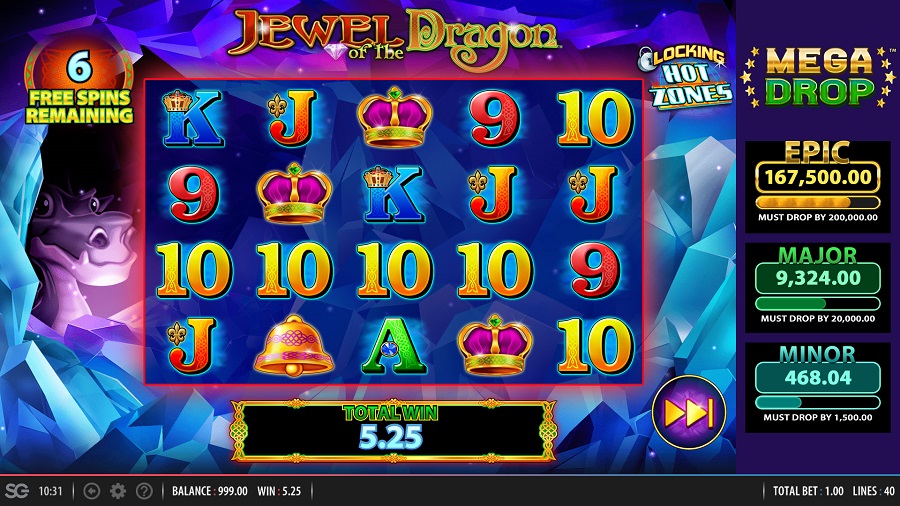 There are some more unusual elements to discover here too, like Hot Zone, for example. Hot Zone wild patterns will spin in addition to the reels, and can land in any position on the reels. Any symbol within the Hot Zone will instantly turn wild, giving players added potential for a payout.

There’s also the Drop Zone, triggered when wild diamonds or the diamond overlay on the central three reels kick in. The Bonus Drop Zone can occur randomly, with any symbol that appears within the Bonus Drop Zone becoming wild.

And with Dragon Nudge, players can benefit from the Hot Zone being nudged downward onto the reels, again making any symbols that are now in the Hot Zone turn wild.

There’s plenty of nifty features to give players the chance of a payout then – but let’s not forget the Mega Drop. One of three progressive jackpots, ranging from minor to Epic, can be awarded on any wager – collect the Epic pot, the biggest of the lot, and you’ll be on for aan absolutely massive pay day.

If you’re looking for a real Drags-to-riches story, this could be the one…

Jewel of the Dragon Mega Drop is released on 2nd March 2020 – in the meantime, visit 32Red Casino to check out a wide range of table games and slots to keep you entertained for now!