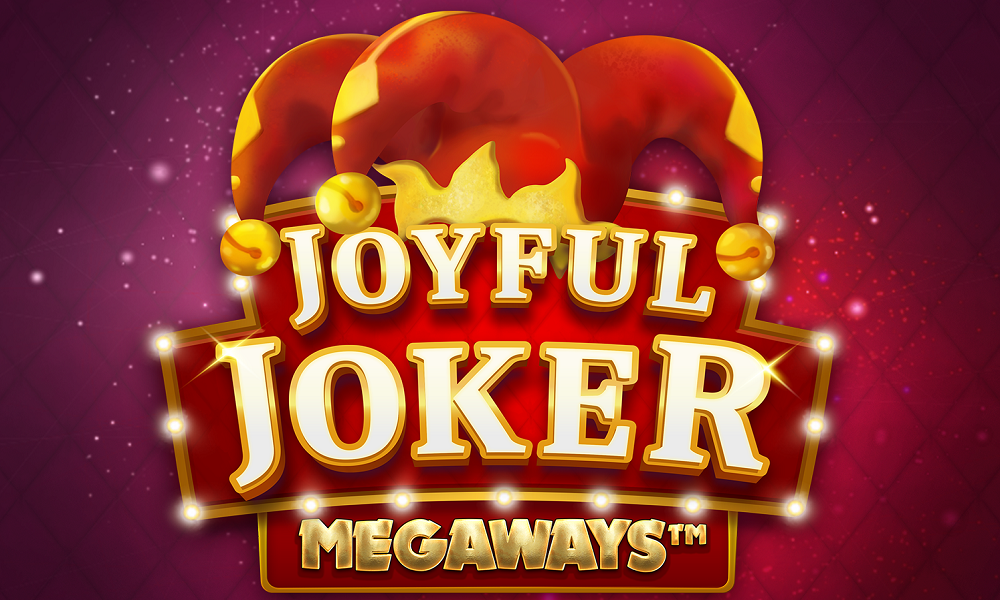 Looking for a fresh way to get some Joy?

Joyful Joker is the upcoming release from Microgaming and all41studios that combines a classic one-armed bandit appeal with a stunning 117,649 Megaways to win across six reels. Better yet, for a limited time it’s available to play exclusively only at our casino. Play Joyful Joker now

Accessible enough to pick up instantly, there’s nonetheless a lot going on here, with plenty of possibility for payouts to deploy the joy.

You’ll find a pleasing sense of mystery from spin to spin with this slot, with the amount of symbols on display varying with each turn.

At its peak, each of the six reels can hold seven symbols, while reels 2, 3, 4 and 5 also offer potential extensions with symbols on the Extra Reel at the top of the display. 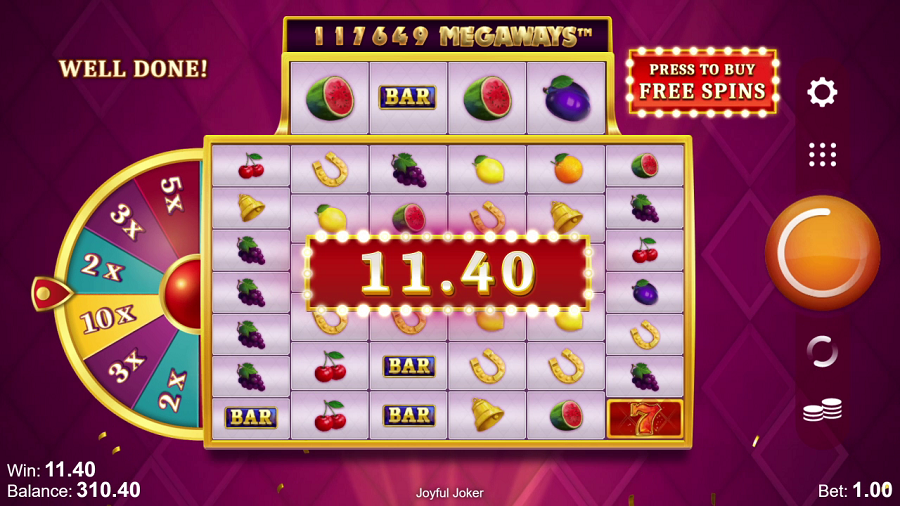 There are also Rolling Reels that will activate after a win; the winning symbols will disappear, to be replaced with fresh new symbols which could produce another winning combination.

Then there’s the Joker Spin; when this is triggered, you’ll be given a multiplier that adds a 2x, 3x, 5x or even 10x multiplier to your win, for a potentially sizable payday.

Free Spins are another fantastic element of this slot. This bonus will be triggered when four scatters land anywhere on the reels – you’ll start with a 2x win multiplier, minimum, and any Rolling Reels wins that take place during the feature will increase the multiplier too.

You can land additional Free Spins while the feature is in play if scatters land on the Extra reel, too. And incredibly, the Maximum win multiplier during the Free Spins and Joker Spin is unlimited!

Jokers are wild, but this release ain’t no joke. Time to get paid in full? Could be…

Joyful Joker is released on 27th April 2021, initially EXCLUSIVELY on our casino – in the meantime, visit 32Red Casino to check out a wide range of table games and slots to keep you entertained for now!