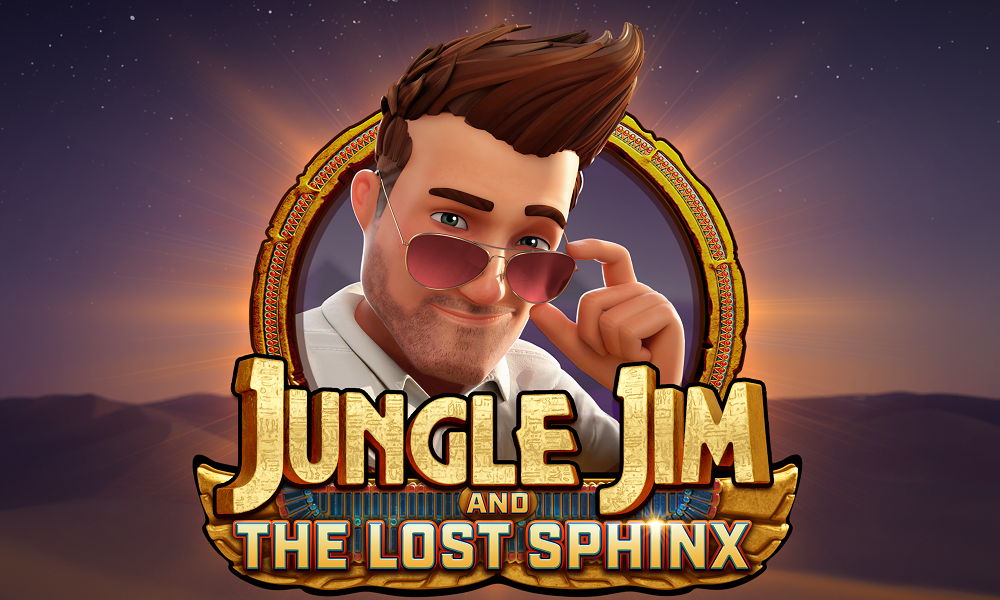 Out now: Jungle Jim and the Lost Sphinx

“In the jungle, I make moves like Iron Monkey. Plots to bump me off, GOVT on the hunt for me.” So rapped Inspector Deck on Wu Tang Forever deep cut The City – and while Deck was alluding to the concrete jungle of Staten Island, we like to think that there’s a lesson here for Jungle Jim in his latest slot-tacular.

Yes, JJ is back, and in new Stormcraft Studios release Jungle Jim and the Lost Sphinx, the main man is gadding about in Egypt, all shifting sand dunes and mysterious hieroglyphics.

Ignore the fact that with his aviator style sunglasses and be-stubbled chin he appears to be channeling Nathan Barley – Jimbo’s latest adventure is a blast, jam-packed with startling new features that’ll keep you entertained.

Check out the Win Booster, for example. Activate this, and you can unlock an extra scatter that increases your chance of triggering Free Spins. There are also some Rolling Reels – you can get multiple consecutive wins using this feature, with winning symbols being removed to make way for new symbols. Rolling Reels feature in both the base game and the Free Spins section, too. 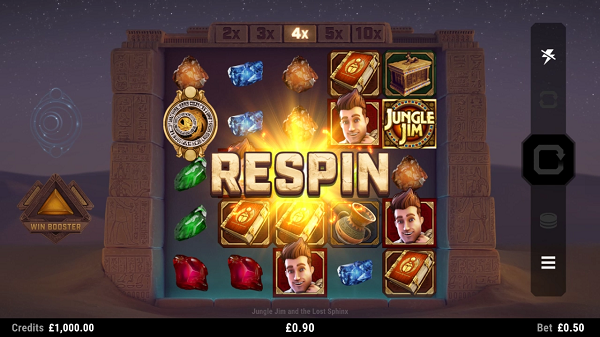 The Base Game features a multiplier trail too, with multipliers ranging from 2x to 10x. Players can increase win multipliers and unlock more lines, and the trail advances with each consecutive roll. There’s also a second chance respin, where reels will respin without resetting the trail if no win is awarded on roll 3.

Keep your eyes peeled for the Sphinx symbol too – these appear on reel three, and are collected and removed from the reels, causing a roll. Every sphinx symbol collected awards an additional spin, upgrading the multiplier trail to start a level higher.

With explosive visuals and umpteen ways to potentially crack the mystery of these wacky Sphinx, we haven’t been this excited about Jungle since the early 1990s. With win potential of 6250x your stake on a single spin, we’re definitely feeling the Junglist massive with this release…

Jungle Jim and the Lost Sphinx is released on the 6th November 2019. In the meantime, visit 32Red Casino now for a wide range of table games and slots to keep you entertained!