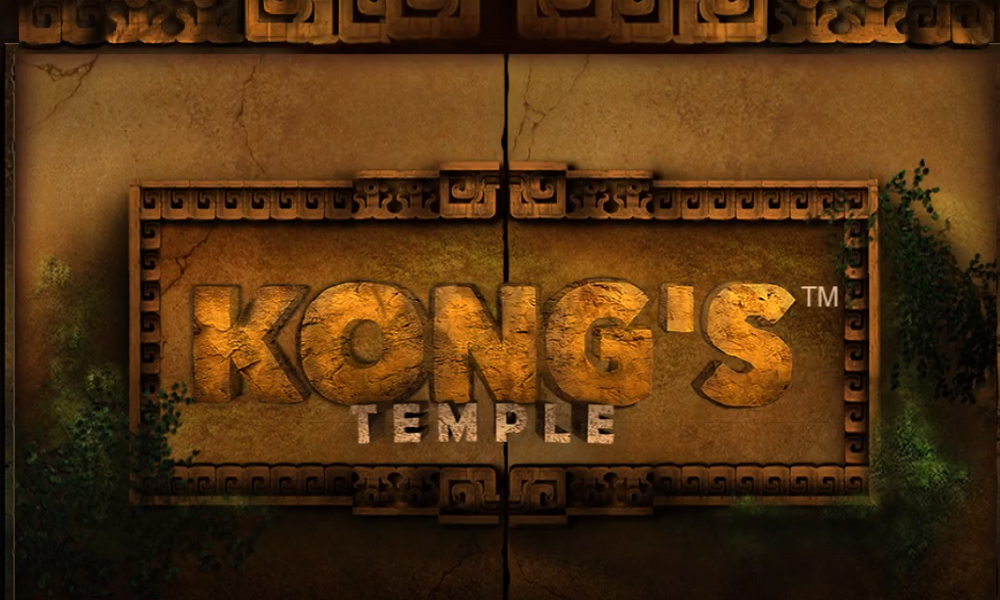 You can’t keep a good ape down. Despite having relatively few personality traits beyond bellowing, growling, and pounding his chest in a show of outdated machismo, Kong’s popularity shows no sign of decline.

He’s the gorilla that keeps on giving. This week, taking a break from some of his other guises where he torments Italian-American plumbers or scales iconic New York landmarks, the big lug is chilling out at his temple. Even Kong needs to reflect, it seems.

In this five-reel, 20 line slot, it seems that in a mysterious land untouched by man’s civilising hand, an age-old temple festooned with priceless treasures is just waiting to be discovered – but this incredible location is also packed to the rafters with massive monkeys.

Have no fear, however – these simians aren’t especially savage. Instead, they’ll reward you with multipliers of up to 8x, with gorilla symbols acting as game multipliers here – turns out it’s great when you’re ape.

As well as the friendly jungle creatures dishing out the multipliers, there are Free Games to be discovered here, too. Three, four or five temple symbols scattered on the reels will award 15, 20 or 25 Free Games respectively. While Free Games are in play, all wins will be doubled too.

And that is just about all you need to know here; Kong’s Temple is an unpretentious, easily understood slot that won’t befuddle you with a bunch of incomprehensible bells and whistles. Direct and to the point, this slot is simple to pick up and packs plenty of punch – not to mention, the potential payouts. Fancy a shot at this Temple run?

Kong’s Temple is released on 20th July 2020 – in the meantime, visit 32Red Casino to check out a wide range of table games and slots to keep you entertained for now!

Out now: Break Away Lucky Wilds
Out now: Diamond Inferno