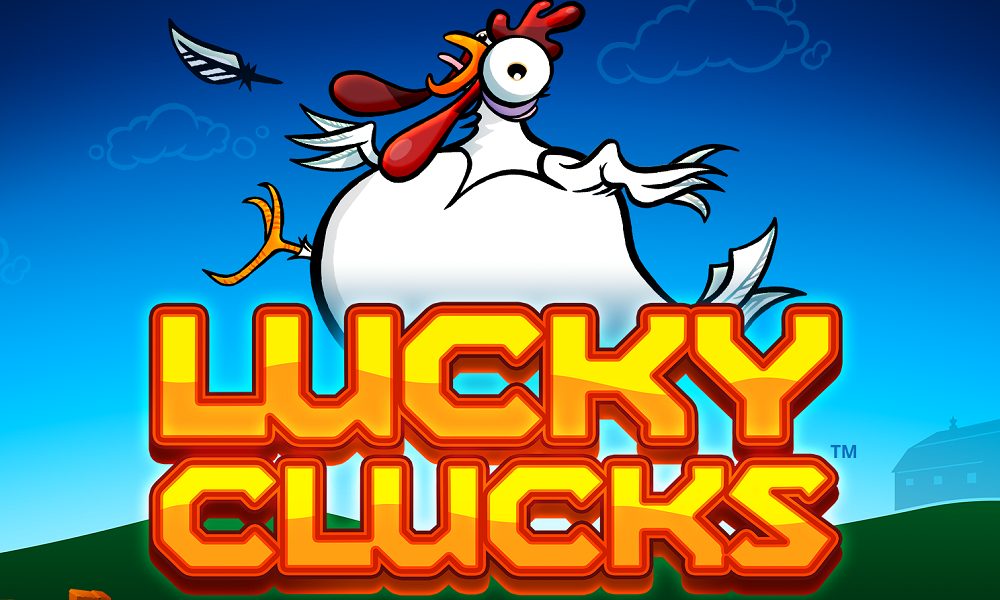 Zero Clucks given? Apologies for the fowl mouth – with this new slot release from Microgaming and Crazy Tooth Studios, the chickens are coming home to roost. Play Lucky Clucks now

And with plenty of bird-brained bonuses to play for, it’s no wonder Lucky Clucks has got us cock-a-hoop.

Our fine feathered friends are running around the henhouse, and with other farmyard staples like cows, sheep and goats appearing on the reels too, players will go animal crackers for this endlessly entertaining new release.

In this slot that’s made up of three five reel rows, plus another three reel row at the top of the screen, you’ll find animated depictions of the barn-based beasts, plus a swinging country and western tune that pumps up the fun vibes.

There’s a couple of neat features you’ll want to be aware of. Like the BIG BuildUp Feature – here, chickens can lay eggs, revealing feature prizes ranging like Wild symbols or multipliers of between 2x, 3x, 4x or 5x. 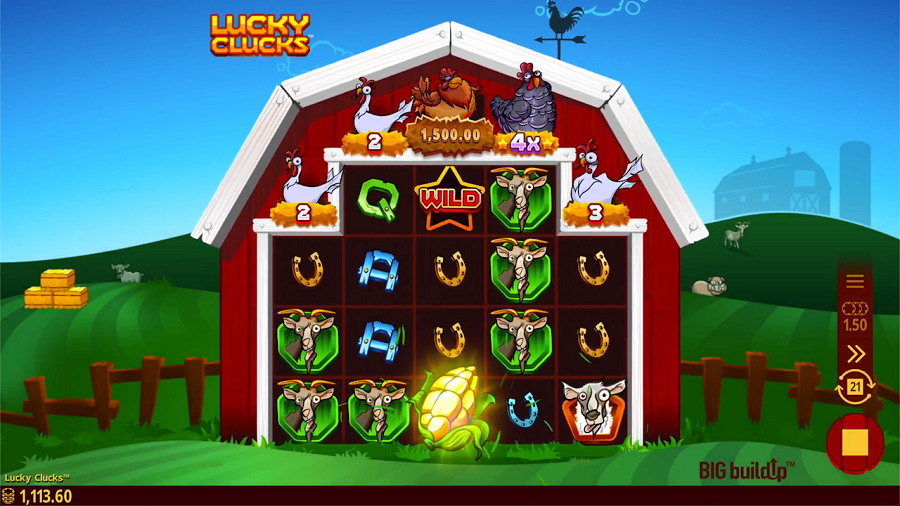 You could even land the Mother Hen prize – this varies in value, and can be worth as much as £4,500!

The Mother Hen sits on top of the barn, and her value increases each time a Corn symbol lands on the reels. What’s more, if a multiplier is awarded at the same time as the Mother Hen prize, the value of the Mother Hen payout will be amped up accordingly.

The other main feature is the Raise the Roof bonus. Here, three or more hay bale symbols act as Scatters, triggering a number of bonus spins.

With each spin, one or more chickens can land, awarding Wild Symbols which will remain on the reels during subsequent bonus spins, moving down the reels by one position with each spin until they move off the reels entirely.

If you’re counting your chickens already, these farmyard antics are sure to appeal. Will you have fun? Surely. Will you win? Clucked if I know…

Lucky Clucks is released on 4th November 2021. In the meantime, visit 32Red Casino to check out a wide range of table games and slots!

Out now: Star Pirates Code
Out now: The Goonies Return