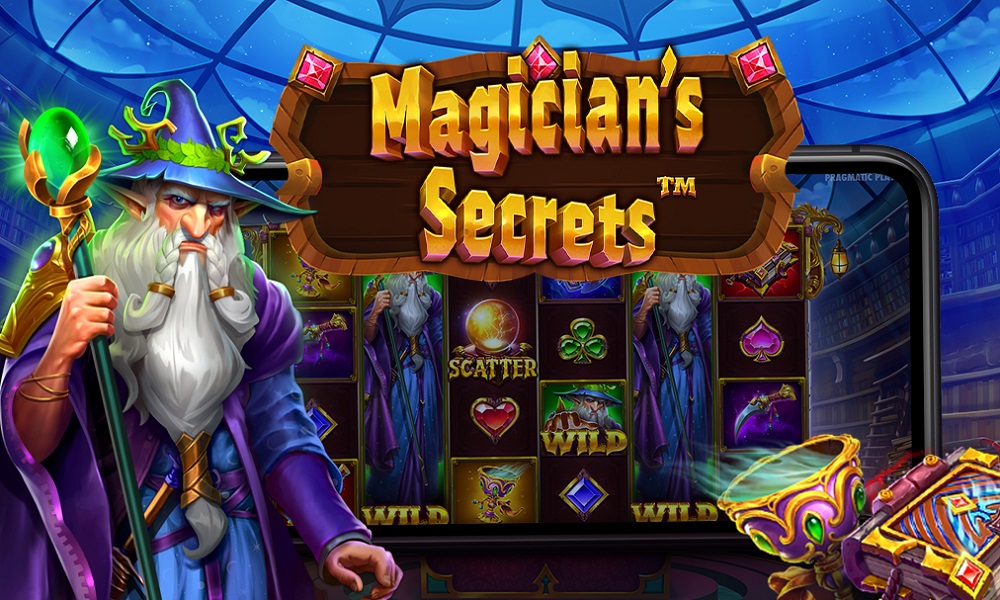 Look for the Wild symbol, which substitutes for all other symbols. If it lands during the base game, it may randomly expand to fill the whole reel.

This vertical expansion will also come with a multiplier of between x2 or x10, which will apply to any winning combo that includes the expanding Wild.

There’s also a Scatter Symbol which is all kinds of useful. If three or more scatters land during a spin, they’ll trigger the Free Spins bonus. There are two separate kinds of Free Spins to choose from.

First up, you can plump for Free Spins with Expanding Wilds. You’ll have 10 Free Spins, and whenever a Wild lands on the reels it will expand to fill the whole reel, triggering a Respin sequence which will continue until a Respin occurs without awarding a win. 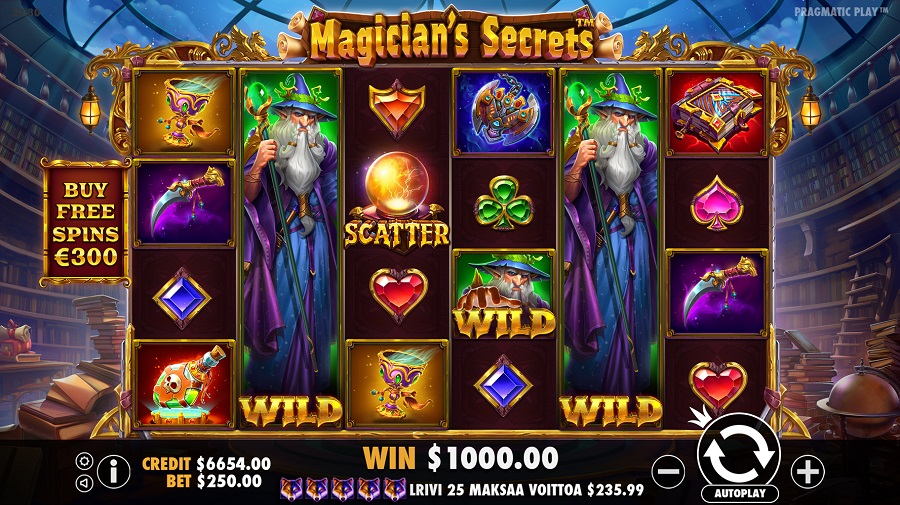 What’s more, the respin will also increase the multiplier x1 on the expanded Wild, further increasing the value of any winning combos that feature the wild.

You can also earn an additional 10 Free Spins if three or more scatters land in a spin while the Free Spins are active.

The second choice is Free Spins with Sticky Wilds; here, you’ll be granted eight Free Spins, and a random symbol will be chosen before the spins commence. Once the feature is in play, if this symbol lands on reel 2,3, 4 or 5, it will transform into a Wild.

Any Wilds that land on the display during the feature will remain in place until the Free Spins have concluded, too. And if you fill a reel with Sticky Wilds on the same spin, you’ll be awarded three more Free Spins, too.

With upbeat tunes, stylish visuals and a highly eye-catching glimpse into the crystal ball that heralds the start of the Free Spins, Magician’s Secrets looks and sounds majestic. And the potential for an enchanting payout is clear, if you can get your hands on some of those Free Spins.

Fancy a spot of slot sorcery, then? This release could leave you spellbound…

Magician’s Secrets will be released on 6th January. In the meantime, visit 32Red Casino to check out a wide range of table games and slots!