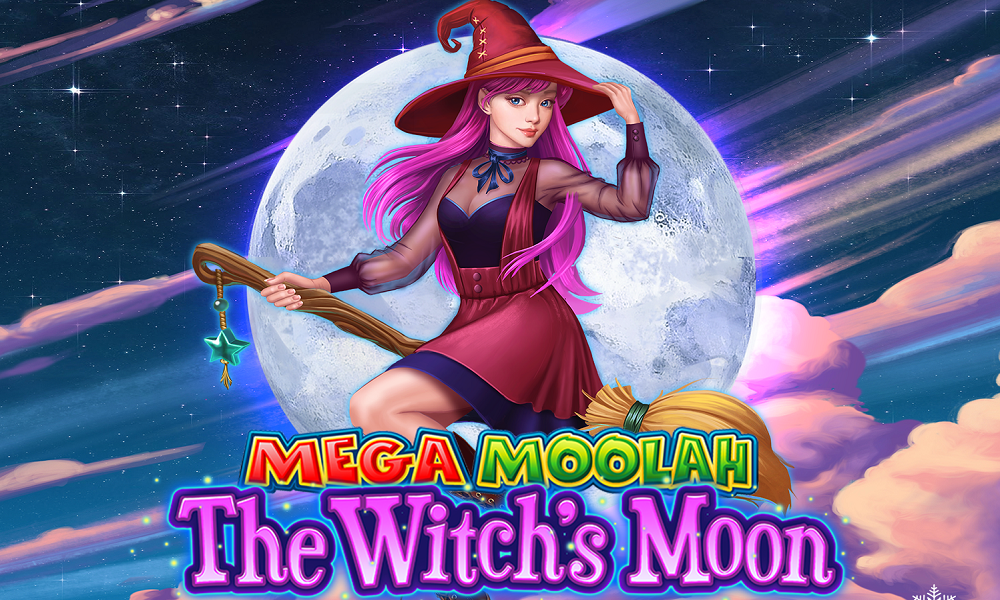 This five reel, three row slot from Microgaming and Aurum Studios is a wicked walk on the wild side of otherworldly rites and spellbinding slot action.

With artwork depicting bubbling cauldrons and demonic frogs on the reels, while spooky music accompanies the on-screen antics, as the name says, this slot is part of the Mega Moolah series. That means you’re playing for one of four progressive jackpots, ranging from Mini to Minor, Major to Mega.

And if you land that Mega Jackpot, this witch really could make you rich; the top jackpot offers the chance to win literally millions. 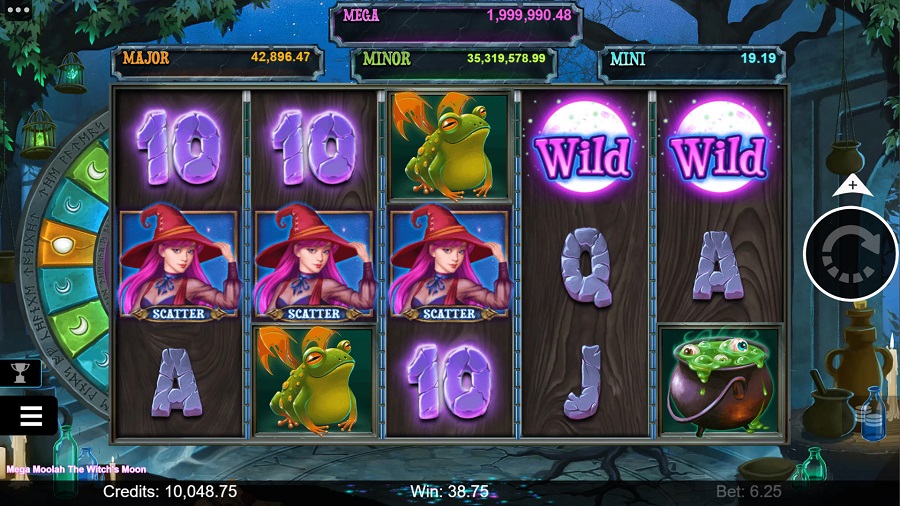 Beyond the game’s biggest payouts, there are plenty of other ways to land a win, of course. Three, four or five scatters landing anywhere on the reels will trigger 15 Free Spins, along with a 3x multiplier. Free spins can be retriggered, too.

There’s also a Bonus Feature that is randomly triggered, and which gives players a crack at winning one of the four progressive pots.

Once activated, spin the Witch’s Wheel for a shot at claiming the ultimate prize – if the wheel stops with the pointer on the full moon segment, you’ll hit the Mega Jackpot!

With appealing visuals and presentation and the possibility to land a payout of phenomenal proportions, it’s no surprise if this slot puts a spell on you. Time to shoot for the Moon…

Mega Moolah The Witch’s Moon is released on 16th September 2021. In the meantime, visit 32Red Casino to check out a wide range of table games and slots!

Out now: Gremlins Time To Tumble
Out now, timed exclusive to 32Red: Legend of the Sword