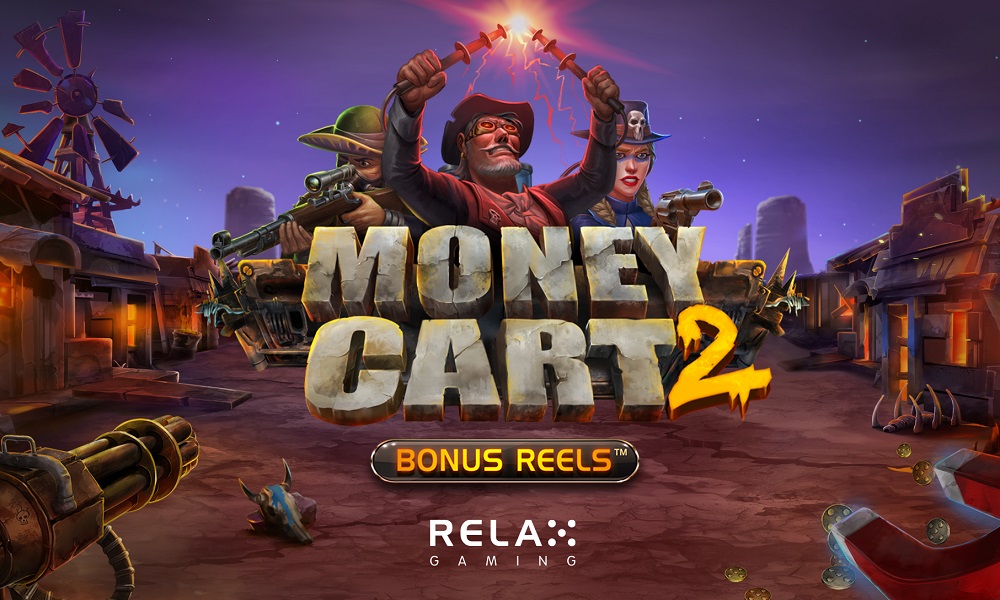 Right on the Money – Money Cart 2 is a sequel that improves on its predecessors in every way, with striking presentation and the possibilities of some big wins in an offbeat release that blends wild west thrills with a futuristic dystopia. Play Money Cart 2 now

In this five reel, four row slot from Relax Gaming, you’ll find a motley crew of characters, each of whom can offer a route to potential payouts – plus unlockable bonus reels.

Look for the Payer, Collector, Sniper and Necromancer to help ride that Money Cart – and use persistent symbols, character combos and more to keep on track for good fortune, if you’re luck’s in!

While the slot has four rows in the base game, it’s possible to open two additional columns using the blazing re-spin feature. Earn re-spins by landing three or more bonus symbols anywhere on the reels.

You’ll start with a set amount of re-spins, but every time a new symbol lands on the display the re-spin count will reset, giving you new re-spins once again. 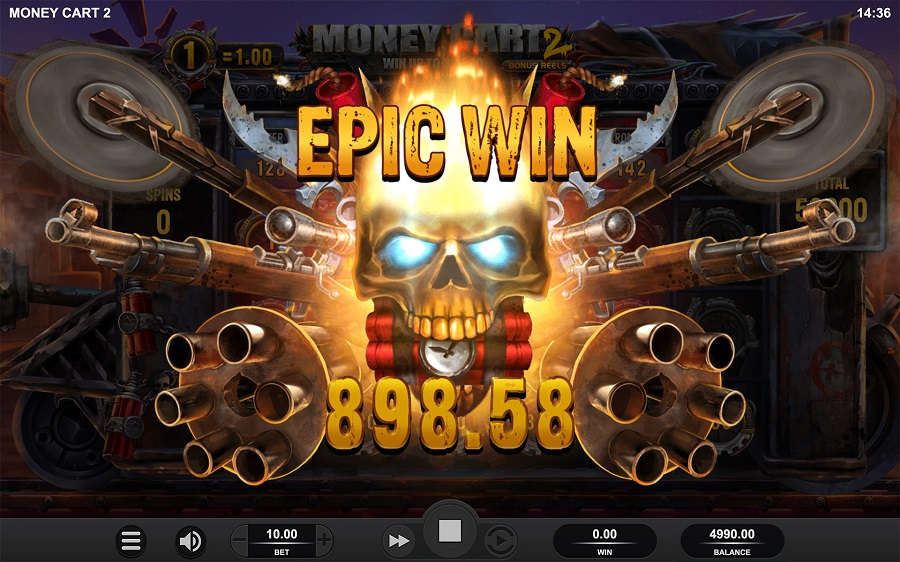 During re-spins, every scatter symbol that lands on the reels will also hold a coin value. Once the respins have concluded, the total amount of the coin values that have accumulated will be paid out.

Pay attention to the characters that can rock up on the reels too – these can affect the payouts you could land in a range of ways. The Collector, for instance, adds all visible values on the reels, while the sniper doubles the value of other bonus symbols.

Play around to discover the abilities of each character – you can even get two characters in one combined symbol, to offer a combination of factors that can help the payouts increase.

Meanwhile, persistent versions of the characters can appear that will affect not just the spin where they appeared, but also the following respins, too. Fancy hitching a ride on this Cart, then? Let’s roll…

Money Cart 2 is released in July 2021 – in the meantime, visit 32Red Casino to check out a wide range of table games and slots to keep you entertained for now!