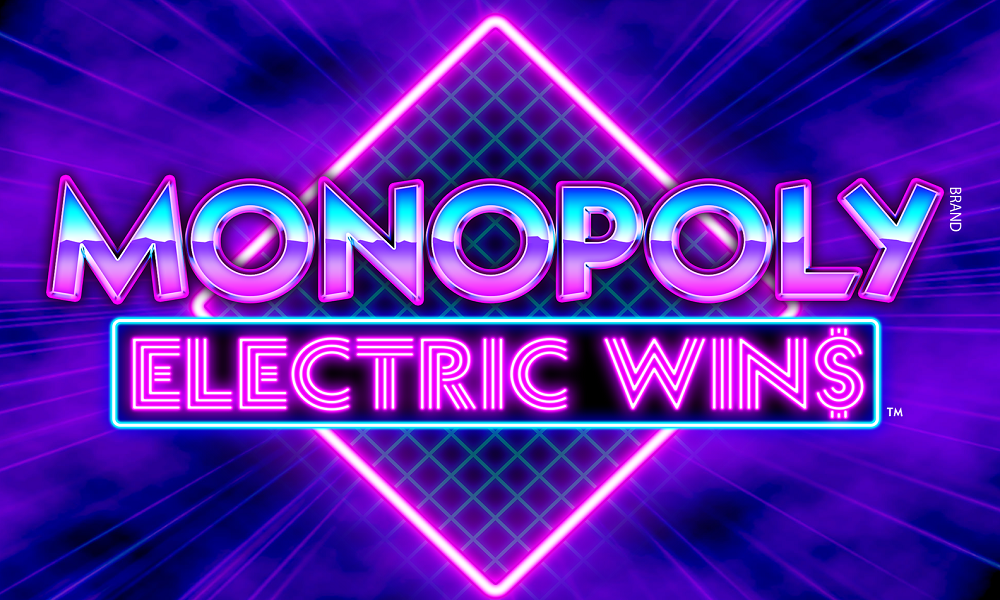 Monopoly Megaways. Monopoly Live. Monopoly Episode V The Empire Strikes Back (okay so we made that one up). There are so many Monopoly slots out there, it’s almost like Monopoly has (get this) got a monopoly on Monopoly! Play Monopoly Electric Wins now

Well, get ready for another. Yes, there’s a new Monopoly slot in town! Again! And this one is really, really, really good! Again!

Anyhoo, this intriguing new take on the classic, beloved board game really does look a million dollars, fittingly for a game revolving around a capitalism ideal of wealth accumulation. The neon style visuals and striking colour scheme really give this one an eye-catching approach that sets it apart from its predecessors.

But it’s not just in the looks department where this six reel, 20 line slot takes the Monopoly concept and overhauls it. There are plenty of fab features, and fun ways to win. For one, you’ll find a board bonus that lets you roll the dice, deciding exactly which multipliers will be added to the board. 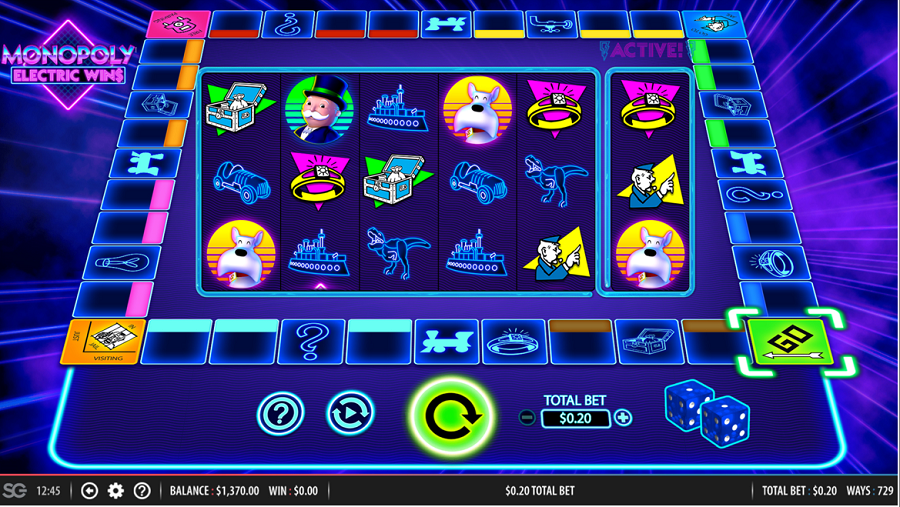 When you play, you’ll spin the reels but also roll two dice, determining your progress around the Monopoly board. Moving around the board offers plenty of opportunity for promising payouts too, with cash prizes up for grabs, but also bonuses ranging from Pick & Match games, to a Community Chest feature that can unleash super-sized symbols.

In fact, just about every element of the board game gets a representation here; railroad bonuses (which move you to another area of the board), dice bonuses, Free Parking (which gives you extra properties), Water Works (extra wild symbols) – plus the ever-popular Free Spins bonus. The Electric Reel on the right-hand side of the display is sure to be a popular addition, too – this can add more Wilds to the reels, helping players to pick up those killer combos.

If you land on a property, you’ll then own it; land on all the properties of that particular colour and you can add houses and hotels to that property, which can result in additional prizes once the Free Spins are in play.

There’s a lot going on in this slot, and it makes for a frenetic, engrossing experience whether you’re mad about Monopoly or you’ve never played a board game in your life. The most exciting Electric development since Dylan at the Newport Folk Festival? Could be…

Monopoly Electric Wins is released on 12th October 2020 – in the meantime, visit 32Red Casino to check out a wide range of table games and slots to keep you entertained for now!