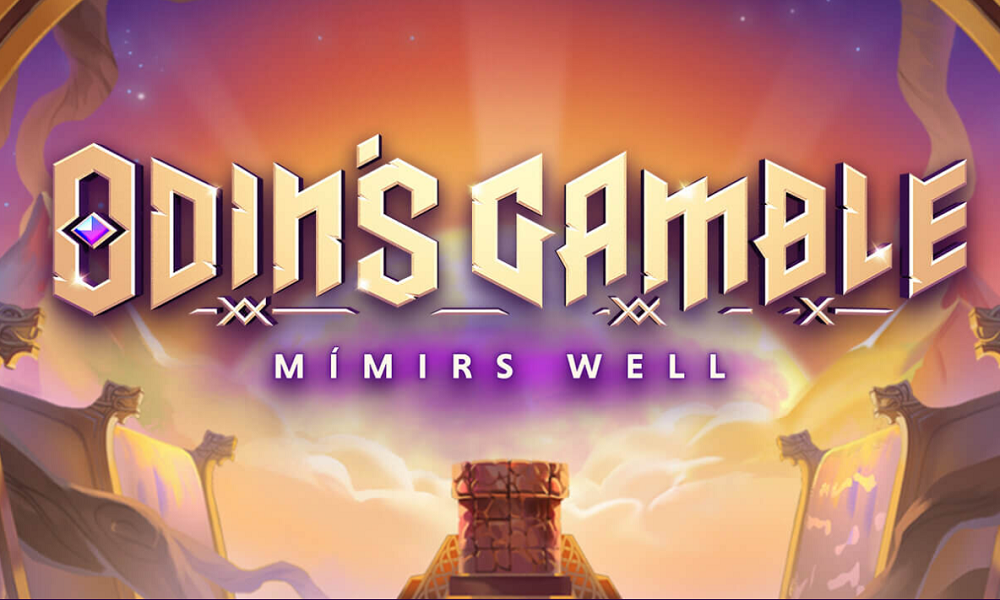 Even gods like a gamble, it seems. So it is with frosty bad boy Odin, Norse mythology’s biggest cheese – and the star of Odin’s Gamble. Play Odin’s Gamble now

Fire up this four-row, six-reel, 466-way release from Thunderkick and you’ll find yourself venturing out to Yggdrasil, a gigantic sacred tree around which the entire cosmos revolves.

And if oversize shrubbery isn’t enough to contend with, seems that Odin is planning on exploring the shrine of Mimir’s Well. Found beneath the roots of Yggdrasil, legend has it that Odin sacrificed one of his eyes here, simply for a taste of that sweet sweet water.

At the very least, it’s a more interesting backdrop slot than the usual guff we get about pyramids and leprechauns. The handsome art style makes for a pleasing spectacle too.

But while the mythology is well and good, you’d probably like to know the more practical slot mechanics here, too.

There are a couple of different Wilds to be aware of – regular Wilds in the base game, and Charged Wilds that are only available in the Bonus; Charged Wilds can cover the entire reel. As well as substituting for other symbols, Wilds also offer a x2 multiplier that will be applied to a win. 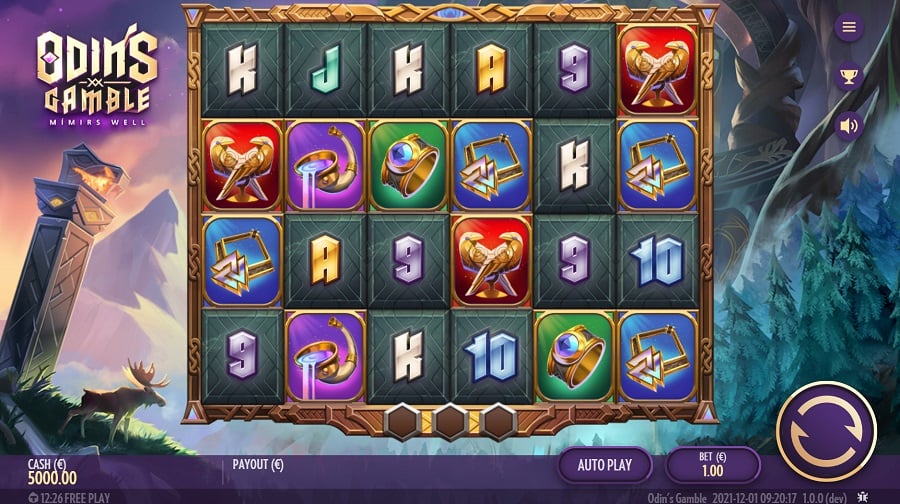 Then there’s the Mystery feature, which can randomly occur at any time in the base game, and which will trigger a Sticky Win feature.

To fire up the Bonus Game, you’ll need to land three scatter symbols in a spin. Doing so will grant you 10 Free Spins. If you land another three scatters while the Free Spins are in play, you’ll be awarded five more Free Spins, too.

While the Free Spins play out, a Roaming Wild Stack that covers an entire reel and moves from one reel to another will be in operation, though it will lock in place during the Sticky Win feature.

Multipliers are also a big part of the Free Spin experience. The Charged Wilds carry a x2 multiplier, but these multipliers can also increase, with multipliers being added to the Roaming Wild Stack.

Ready to find out if there really is a magic money tree, then? Like the Bard said, all’s Well that ends Well…

Odin’s Gamble will be released on 27th January. In the meantime, visit 32Red Casino to check out a wide range of table games and slots!