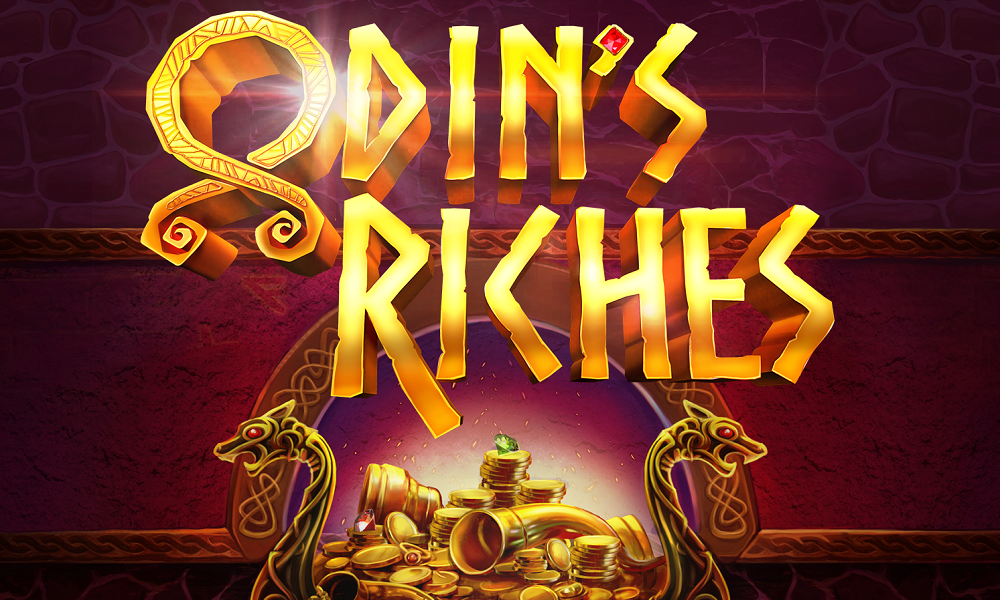 The granddaddy of Norse mythology is having a moment – slots players simply cannot get enough of this superpowered old coot. And in Odin’s Riches, this Scandinavian scallywag is centre stage.

Glowering, sitting on his throne, dispensing Nordic wisdom in a world-weary fashion, probably – he’s Odin, he can do what he likes. And in this Cluster-based game from Just For The Win and Microgaming, what Odin really seems to like is, well, those Riches of the title.

Join the big guy here, and you’ll play across a seven by seven grid, looking to complete clusters of symbols in order to land a payout.

Clusters are formed when symbols of the same type are horizontally or vertically adjacent to each other, with five or more symbols in the same cluster adding up to a win.

Once you’ve made a winning cluster, the Rolling Reels mechanic kicks in; winning symbols are removed from the display, with the symbols above moving into the empty spaces, potentially creating further clusters. 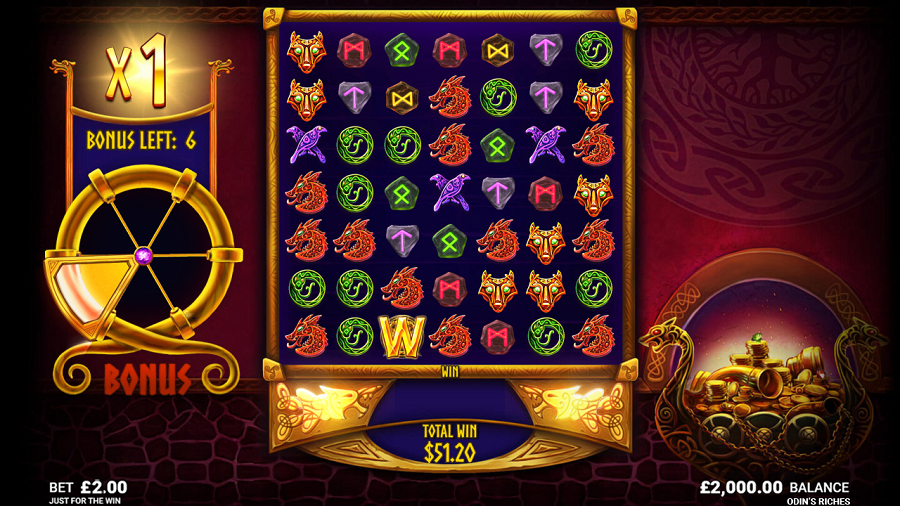 Cluster wins can also create Wild symbols, which will substitute for other symbols, and offer another route to landing a payout.

Still want more? There’s a selection of mini features that can be triggered as you collect symbols from the winning clusters in the Symbol meter at the side of the screen. Dragon’s Riches mean that five or more symbols on the reels can form a win, even if they’re not in a cluster.

Wolf’s Hunger sees low value symbols removed from the reels, and the Rolling Reels feature activating for the chance to make a winning cluster.

With Serpent’s Wisdom, a selected symbol can be randomly chosen and then upgraded. And with Raven’s Flight, wilds appear, triggering the Rolling Reels feature.

There’s also a Bonus Round that will activate when the symbol meter is maxed out – you’ll be awarded seven bonus rounds, and you’ll start with a multiplier of x1 that increases each time you trigger another mini feature.

Plenty to get stuck into then? Damn straight. And this all-father extravaganza is heading your way very soon…

Odin’s Riches is released on 8th June 2021 – in the meantime, visit 32Red Casino to check out a wide range of table games and slots to keep you entertained for now!