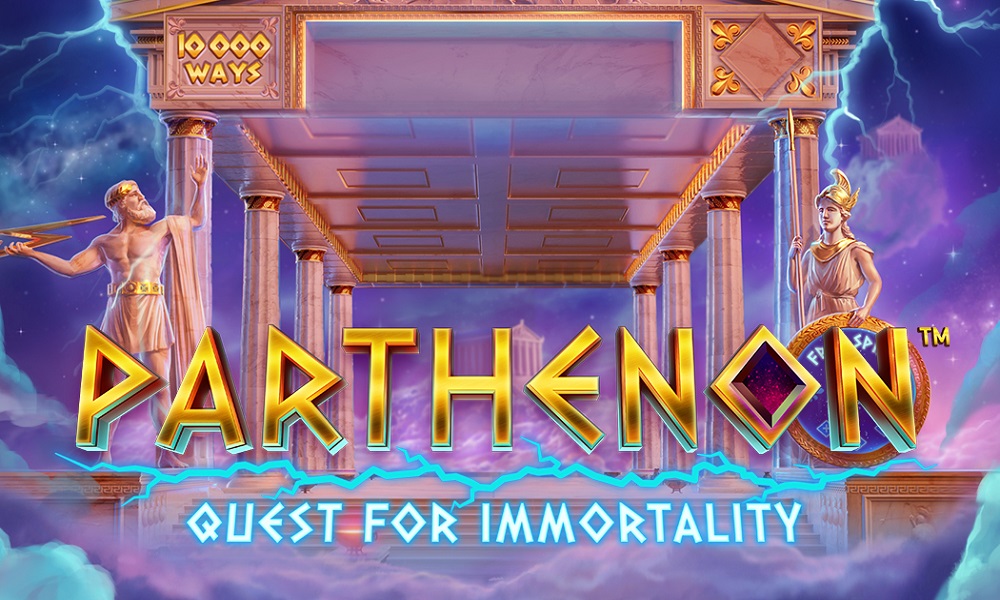 Out now – Parthenon: Quest for Immortality

Think you can beat the Greeks? With this latest slot release, we’re talking the grandest of Grecian mythology. Play Parthenon: Quest for Immortality now

Want to go toe-to-toe with the gruesome Medusa as you vie for some sweet payouts? Parthenon: Quest for Immortality is literally the stuff of legends.

In this six-reel release from NetEnt, the game revolves around the Parthenon of the title, a famed monument in ancient Athen’s Acropolis, built as a temple to the gods.

But if history lessons make you feel sleepy, don’t despair – the main thing to learn here is that there are plenty of ancient Greek monsters that need slaying.

More to the point though, this slot could appeal to any mighty hero who is partial to a payout. Play Parthenon, and you’ll encounter not just snake-haired demi-goddesses, but also nifty features like the Wild Generation Zone.

This feature will transform all winning top row symbols into Wilds, for the chance of more payouts. There’s also an Avalanche feature that activates after each winning combination, plus Free Spins with an increasing Multiplier to reckon with. 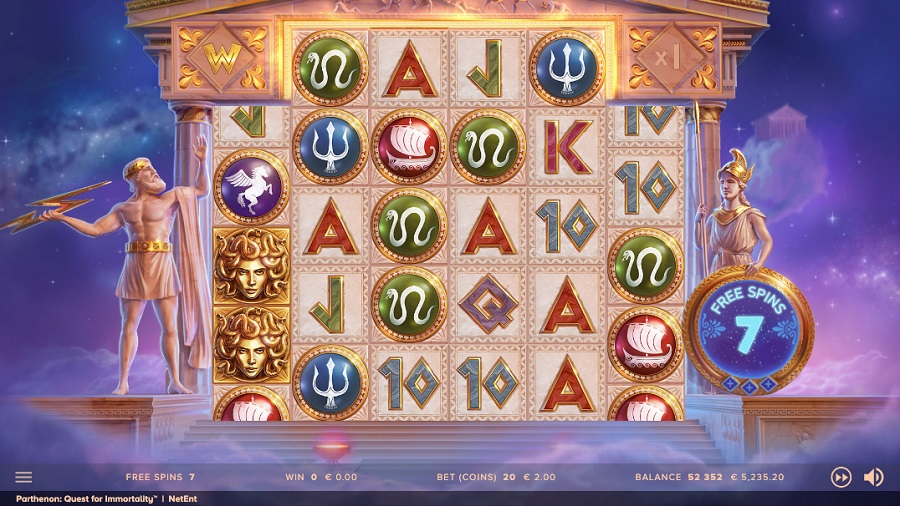 With the Wild Generation Zone and Avalanche concepts here, there’s the possibility that any spin can result in multiple payouts. With the Avalanche feature, symbols that are part of a winning combo will disappear to be replaced by new symbols – lending the potential to make new winning combos.

The Free Spins themselves are bursting with possibility too. The feature is activated when three or more Free Spins symbols land anywhere on the reels during the base game.

The progressive multiplier that kicks in here can climb as high as x20, increasing with each Wild that lands on the reels. If additional scatter symbols land while the Free Spins are in play, you’ll be awarded additional Free Spins, too.

With NetEnt’s typically tasteful presentation, this is another fantastic looking slot, full of stylish depictions of Greek gods and famous iconography like the winged horse Pegasus.

Great looks, gripping features, a thrilling theme and some tasty prizes up for grabs too. What’s not to like? This is a Quest well worth embarking on…

Parthenon: Quest for Immortality is released on 4th June 2021 – in the meantime, visit 32Red Casino to check out a wide range of table games and slots to keep you entertained for now!