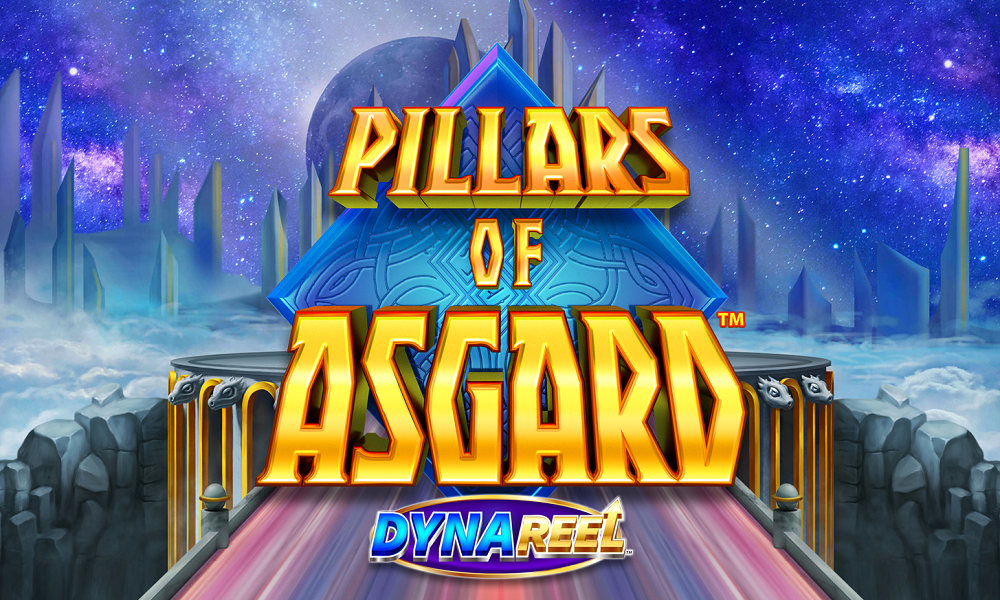 Out now: Pillars of Asgard

We all know the elephant in the room when it comes to Asgard. If you’re a movie fan, chances are you hear the word and immediately think of a blockbusting series of superhero movies starring hammer-wielding gods and mad alien tyrants with a homicidal habit for finger-clicking.

But before all that, Asgard was a place in Norse mythology – and it’s that location from which SG Digital’s new Pillars of Asgard slot takes its inspiration. A city seemingly built in the clouds, this visually very tasty expedition to the mythical city is definitely a looker – but what lies beyond the surface charm?

Well, this’ll knock you bandy – how about one million ways to win? Yep, thanks to a combination of some hi falutin gubbins known as the DynaReel engine, plus the Pillar Shift mechanic, players who give this slot a chance can enjoy a million different ways to earn a payout. Which, let’s face facts true believer, is a lot.

It works like this – there are six reels, with between 4 and 10 rows, depending on the game state. Even at its lowest point, there are 4,096 ways to win.

Look out for the Wild Multipliers – every win in which one or more Wild symbols appear as a substitute will be randomly multiplied, with the number of wilds on the screen dictating the range of possible multiplier values. 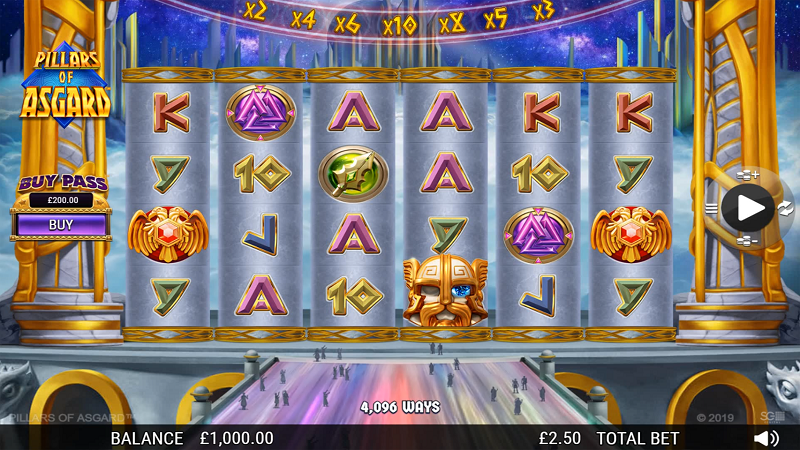 With the Reel Rise feature, three or more scatter symbols on the reels award 20 Free games, while the amount of scatters on the screen will also determine how many extra rows come into play. Three scatters means 1 extra row, giving the player 15,635 ways to win, but it’s possible to get four, five or six scatters – with each one delivering an extra row, and thus additional ways to win. When 10 rows are reached, Odin’s Bonus is triggered…

At this point you’ll be granted five extra free games, with a floating stacked wild randomly replacing a full reel. This stacked wild can randomly move over new reels at the beginning of each new Free Game.

Oh, and there’s also something called a Buy Pass – this allows you to bypass regular gameplay and instantly trigger the reel rise feature. But as the name indicates, you’ll need to pay for the privilege – the cost to activate the Buy Pass is equal to 80x your total bet. You can also Take a Chance to get a discount Buy Pass price, if you’re determined to gamble during every step of the process…

Let’s get serious about it, Pillars of Asgard is trying hard to offer something different – if you’re bored with run of the mill slots, there’s definitely something fresh here. Up for an Asgardian adventure then?

Pillars of Asgard is released on 16th December 2019 – in the meantime, visit 32Red Casino to check out a wide range of table games and slots that will keep you entertained for now!