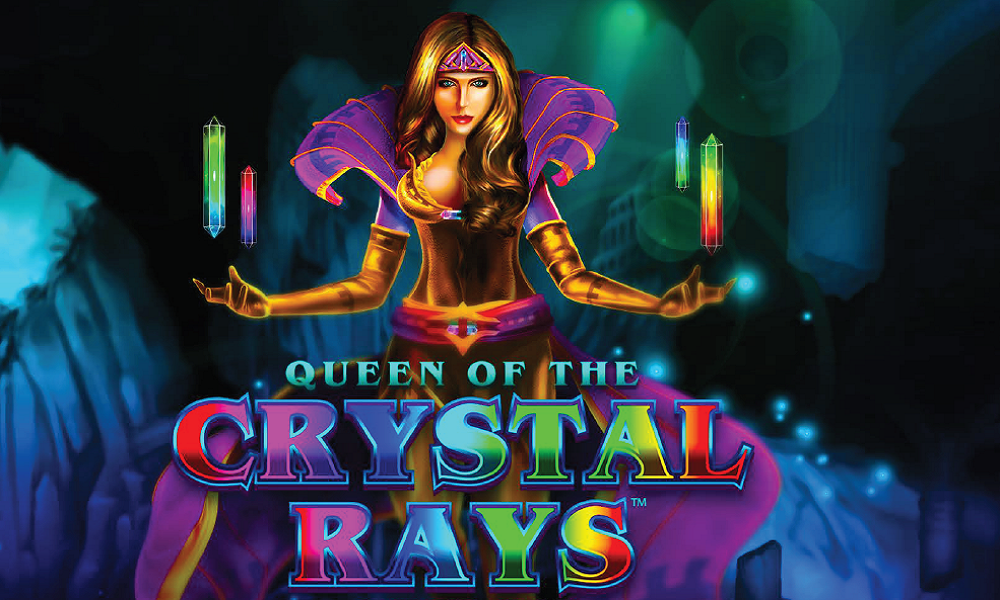 Out now: Queen of the Crystal Rays

From Crazy Tooth Studios comes Queen of the Crystal Rays, a cutting-edge slot of cataclysmic chaos! Step up to the challenge, and you’ll find yourself attempting to tap into the mystical power of this royal Ray retainer.

Sounds like a helluva story, and we’re sure the Hollywood adaptation is in the works as we speak – but for now, let’s concentrate on figuring out how to turn those Rays into real money.

With a pulsing EDM soundtrack and symbols shimmering across the screen in a ripple of neon light, Crystal Rays’ visuals are a knockout – but it’s not all about the aesthetics here.

The standard game features 25 paylines across six reels, with four symbol rows on each. The slot benefits from any adjacent pays, which means winning combos can come anywhere on the reels.

Players can double the size of the paylines with the Crystal Ray feature which can trigger randomly at any time. If this happens, rays activate across the reels, dynamically changing their path as they bounce off crystal reflectors.

And once the reels have stopped, wilds are populated along the glowing paths – and there’s also the chance of 2x multipliers.

There’s also a bonus feature that can be activated if between three or six scatters appear on the reels – giving the player a shot at payouts with a 5x multiplier! Four bonus rounds are awarded, and at the start of the bonus the gameboard is populated with credit values that can be won.

And with that generous 5x multiplier, unleash the Crystal Rays and you could be on for a very nice payout…

Queen of the Crystal Rays launches on 31 July 2019. In the meantime, visit 32Red Casino now for a wide range of table games and slots to keep you entertained!