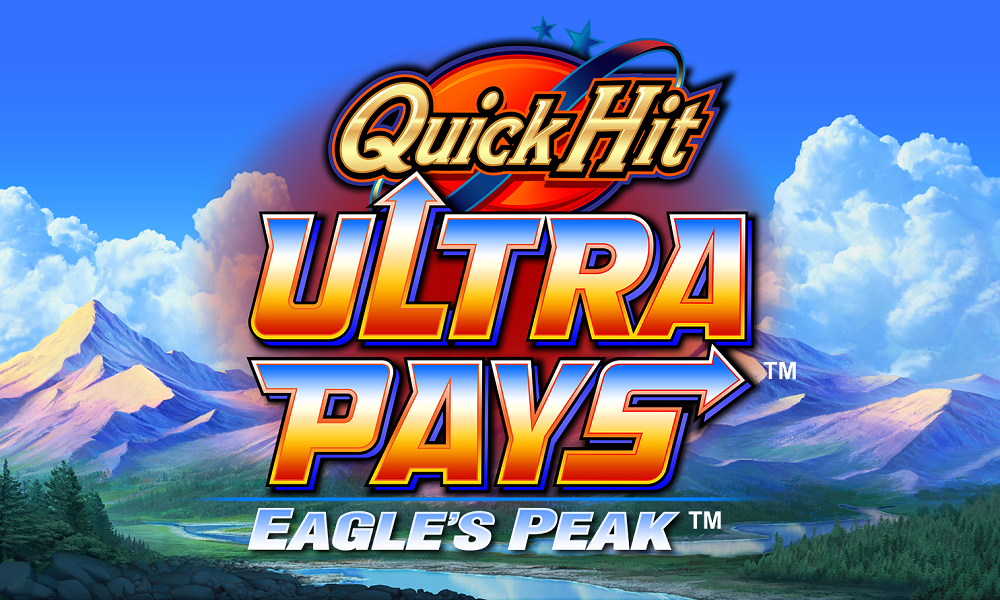 We’re talking Quick Hit Ultra Pays Eagle’s Peak – and as the title suggests, this bird of play offers some rather tempting potential for payouts.

With a rather gorgeous background made up of mountain tops and blue skies, the reels themselves are bursting with colour, making this a pleasure to play even before the Eagle has landed.

In the base game, there are five expanding reels; the game mechanic uses a “curtain” that can move up or down to reveal between three to six active rows. If a row is obscured by the curtain, it won’t be in play.

The Quick Hit feature is one that can bring instant rewards. You’ll need at least three scattered Quick Hit symbols to land on the active reels to land a payout, and the more scatters that land in a single spin, the greater the prize. 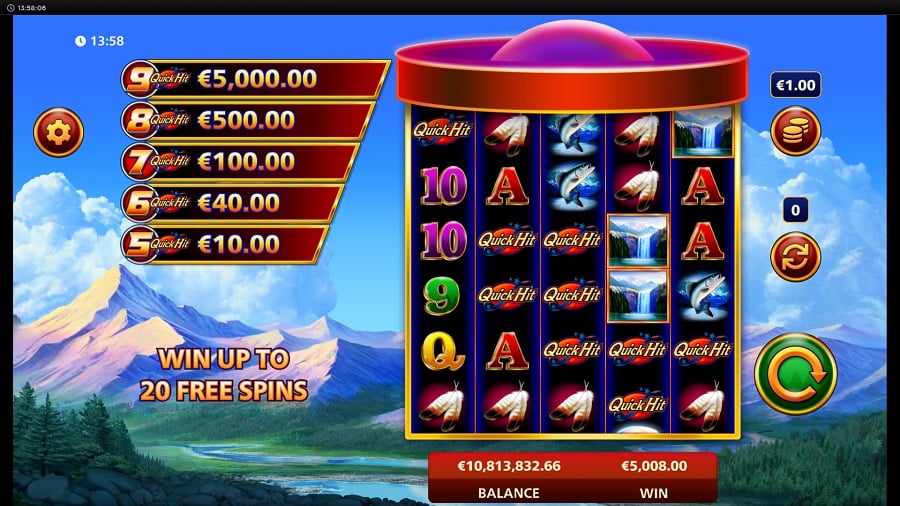 It’s possible to land as many as nine Quick Hit symbols – which will result in the corresponding Jackpot payout. But there are also Jackpot wins available if five, six, seven or eight symbols land on the reels.

There’s also a Rising Wheel Free Spins feature, activated when three or more eagle symbols land on the reels. You’ll use a pick me mechanic to determine how many Free Spins you’ll be working with – you can be awarded as many as 20 – and then it’s time to spin.

During this feature, individual reels can expand, giving players more potential areas to put winning combinations together. The maximum number of ways to win during the Free Spins is a whopping 7,776.

With a killer combination of potential for quick hit wins and spectacular Free Spin action, this Eagle extravaganza might be the new kid in town – but in terms of slot thrills, this one might just take it to the limit…

Quick Hit Ultra Pays Eagle’s Peak is released on 14th May 2021 – in the meantime, visit 32Red Casino to check out a wide range of table games and slots to keep you entertained for now!