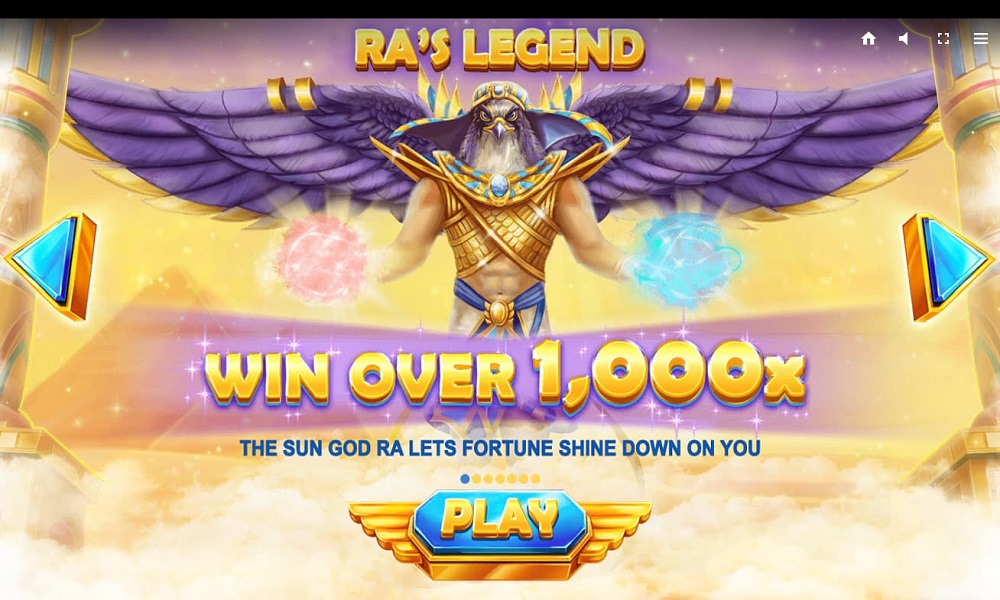 Dude, where’s my Ra? It’s time to meet the sun-god with the falcon’s head; the all-powerful being, according to ancient Egyptian teachings, who is responsible for all life on Earth. Play Ra’s Legend now

He’s Ra, and he’s a legend; enter Red Tiger’s Ra’s Legend, which celebrates this all-powerful being through the medium of the slot. Ready to get to know the king of gods through the king of slots?

Arriving at 32Red casino very soon, this five-reel, four-row slot boasts the handsome visuals you’ve come to expect from this slot developer; but the presentation is matched by the game’s features, too.

Ra himself can appear randomly (Ra-ndomly?), bestowing instant wins upon the player, or else giving you a chance to spin the Wheel Bonus – or head straight for the House of Ra.

With the Wheel Bonus, spin for multipliers, and don’t be surprised if Ra gives you more than one bite of the cherry – you may be able to spin the wheel more than once. 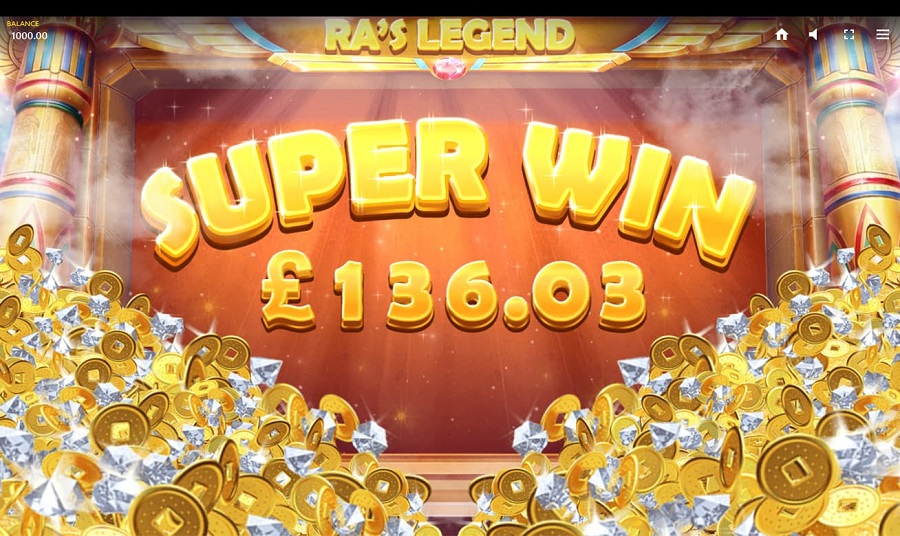 In the House of Ra, you’ll select from various gold tiles, plotting your way to various multipliers with a huge 800x multiplier waiting at the top of the screen, if you can make it all the way.

Alternatively, Ra can appear on the reels as a Sacred Wild, where he will lock into position while the other reels spin, offering more opportunity to collect a potentially massive payout.

There’s also a Reels of Gold feature, where Ra casts out the lower paying symbols on the reels, giving you the chance to play for winning combos made up only of the highest paying symbols.

And with Gift of Ra, the bird-headed deity will rock up on screen with a stake multiplier, which can pay as much as 1000x your bet – pretty godlike, we think you’ll agree.

Let’s face it, Ra’s Legend offers a generous array of ways to get paid here, with fistfuls of features and huge potential for a win you won’t forget in a hurry. Looking for some Legendary action? Ra’s the star…

Ra’s Legend is released on 19th October 2020 – in the meantime, visit 32Red Casino to check out a wide range of table games and slots to keep you entertained for now!