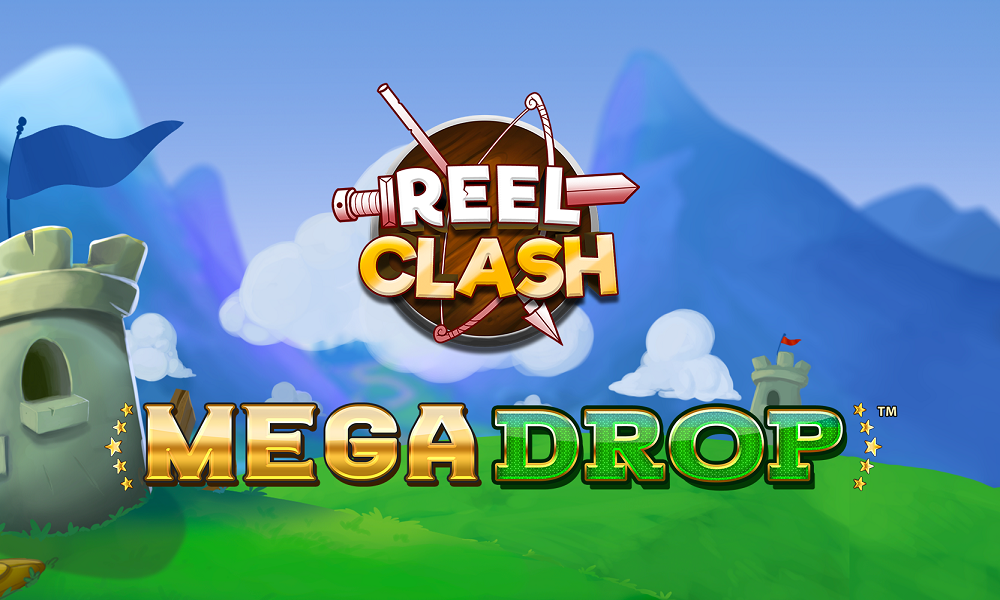 Looking to Reel in a big win? SG Digital’s Reel Clash Mega Drop is almost upon us – and this castle-storming slot is mightier than the most formidable fortress-crushing catapult.

Themed around a medieval siege, this slot offers a five-reel, four row display to play with, plus 30 winlines – upgraded to 50 lines if you trigger the Free Spins.

Part of the Mega Drop jackpot series, that means there are three progressive jackpots to be potentially won, ranging between Minor, Major and Epic. And according to SG Digital, these Jackpots allow for multiple drops in a potentially shorter timeframe – good to know!

Besides the assorted jackpots, what also stands out here is the Tug of War mechanic. You see, the reels are split into two equal halves, top vs bottom – and in effect, these two sides are in competition with one another.

Select your team, and each spin you take generates a score, with individual symbols all offering their own specific point value. If your side has the most points, you’ll move the Clash meter in your favour (if both sides end up with equal points, the meter will not change). 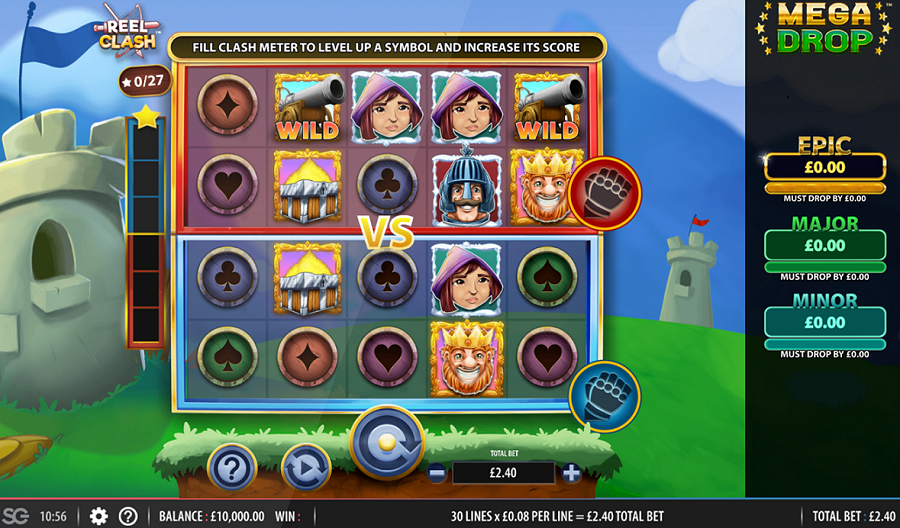 And If your side’s score is higher than the opposing team’s score three times in a row, one of the on-screen symbols will be upgraded, offering the opportunity for an increased payout.

Symbols can be upgraded as many as three times – but keep in mind, upgrades can also be removed if the other side starts winning the points battle!

Don’t forget the Free Spins, either. In order to trigger this feature, you’ll need to land three sword symbols on a single spin – do so, and you’ll be awarded 11 Free Spins.

If you land another three symbols while the Free Spins are in play, you’ll be awarded an additional 11 Free Spins, as well.

There’s plenty going on in this battle-crazed onslaught of superior slot action, then. Fancy being the king of this castle? It’s (almost) time to get Reel…

Reel Clash Mega Drop is released on 2nd March 2021 – in the meantime, visit 32Red Casino to check out a wide range of table games and slots to keep you entertained for now!