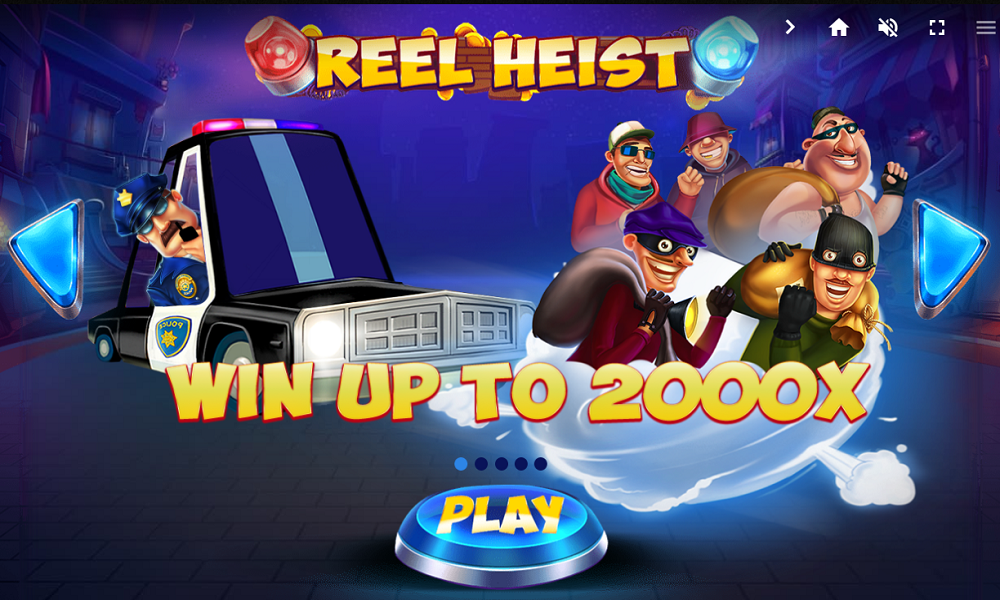 Maybe it’s a generalisation, but burglars tend not to be the most sympathetic of folk. Sure, there are exceptions. If George Clooney and his crew of immaculately turned-out master criminals are knocking off a Las Vegas casino, that’s one thing. Play Reel Heist now

If it’s a mob of leering crooks plundering the neighbourhood, though, that’s quite another. And in Red Tiger’s Reel Heist, coming very soon to 32Red, it’s up to your straight arrow cop to track down a particularly motley crew of wrong ‘uns.

Yep, this is a cops ‘n’ robbers slot, a five reel, four row release where you’re firmly on the side of justice. The amusing visuals and sound make for an entertaining adventure, but as ever it’s really the range of features and potential ways to win that make this a more than fair cop.

With the Robbers feature, the bad guys can appear randomly on the reels, each holding a WANTED poster – and a multiplier value, meaning you could land a bigger payout with a winning combination. 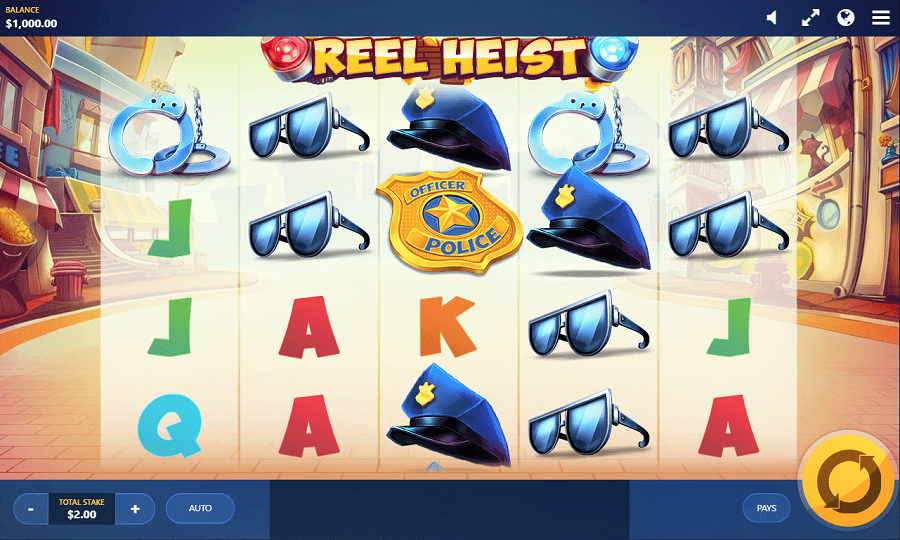 With the Wild Cop, the policeman can act as a Wild symbol, moving across the reels to chase the robbers and land a reward. If the copper gets close enough to a villain to clobber him with his baton, you’ll be given more spins to help track down the robber.

And if the Cop actually catches a bad guy, you’ll land the multiplier payout – these can range from 7x your stake to a whopping 2000x your stake. Who knew that upholding the law could prove so potentially profitable?

With the knowledge that you’re doing your bit to clean up society whilst hopefully landing a decent win or two, Reel Heist is definitely on our most wanted list.

Reel Heist is released on 19th October 2020 – in the meantime, visit 32Red Casino to check out a wide range of table games and slots to keep you entertained for now!

Out now: Ra’s Legend
Out now: The Greatest Train Robbery