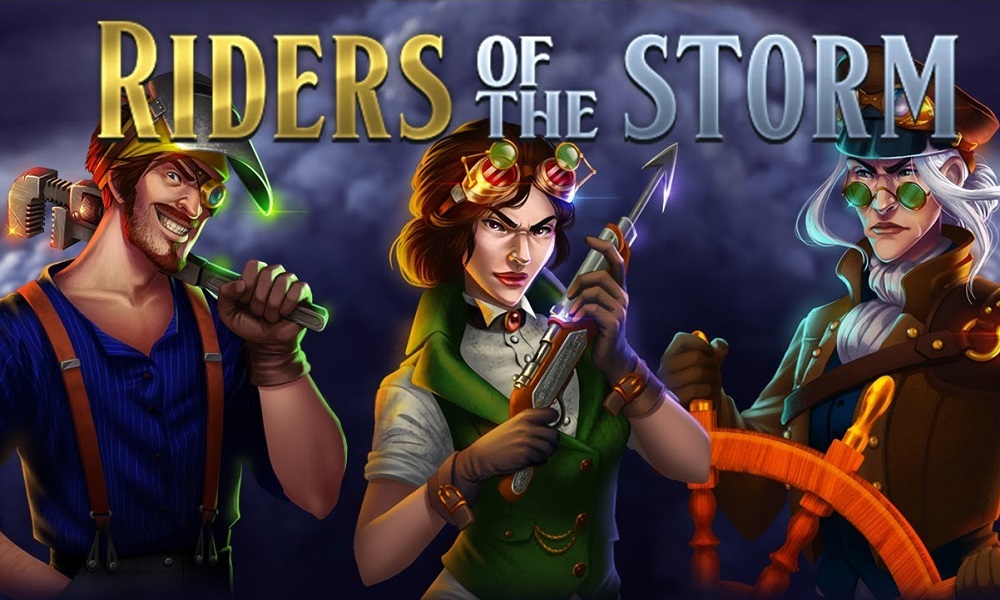 Out now: Riders of the Storm

This outstanding adventure-themed slot from Thunderkick is heading to 32Red shortly – so what should you expect?

Set in, uh, olden times, in Riders of the Storm you and your crew of steampunk-looking shipmates are attempting to steer the seas in a glorious galleon amidst billowing clouds, driving rain, rolling thunder, lashings of lightning – the whole nine yards, storm-wise.

Well, this 3×5 game features 243 pay ways, along with a bunch of features, including Mystery Wild Reels, a Wild Multiplier and a Bonus Game with Walking Wilds. Players can win up to 26,426 x their stake on a spin in the Bonus Game, too.

To get the Bonus started, you’ll need to land three or more scatters on the reels. Once that’s been sorted, you’ll be given a choice of Bonus options to select from – they’re all variations on the same theme. 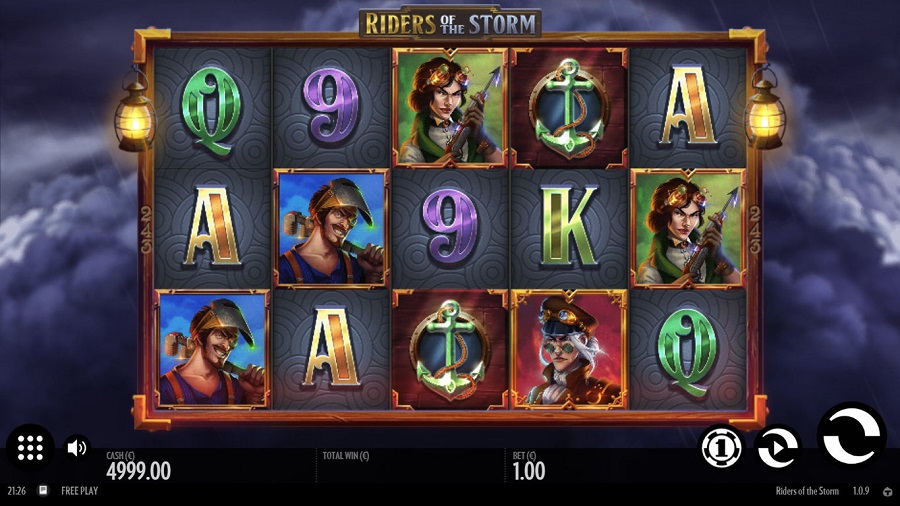 The Mystery Wild Reels can be randomly activated at any point during the base game. Here, as many as four reels will be transformed into Wild Reels, giving players some fine potential for a top payout.

As for the Wild Multiplier, this will always appear with a multiplier of 2 as long as you’re in the base game. During the bonus game, the multiplier can be between x2, x3 or x5, depending on which bonus game is active.

While the bonus is active, if additional scatter symbols land on the reels they can award extra Free Spins, too.

Any Wild that appears during the bonus will activate the Walking Wild Respins. These Respins continue until all the wilds have left the grid, at which point you’ll have one spin remaining.

Fancy shipping out into this stormy weather, then? Buckle in, it’s going to be a rough ride – but with plenty of prize potential, it might well be worth it too.

Riders of the Storm is released on 22nd February 2021 – in the meantime, visit 32Red Casino to check out a wide range of table games and slots to keep you entertained for now!

Out now: Win In Rome
Out now: Rocket Fellas