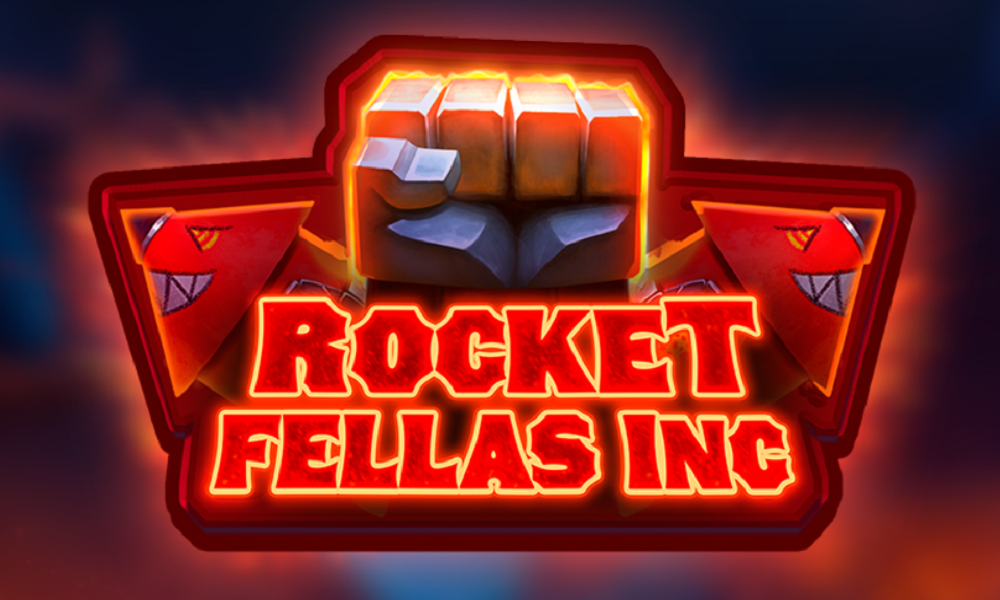 Ready to meet the king of the Rocket Men? Nope, we’re not talking about Herbie Hancock (although wouldn’t that be great) – instead, we’re getting very excited about Rocket Fellas, from Thunderkick. Play Rocket Fellas now

Soon to arrive on 32Red, this quirky release features five reels and four rows, together with 30 paylines.

You’ll join the Rocket Fellas of the title as they use the power of the Rocket Fist to scour the deepest, darkest mine for the unimaginable treasures buried within. It’s like Manic Miner for the 21st century.

The fellas themselves are a curious crew, luxuriantly bearded, and bushy of eyebrow; one chap is sporting an emerald where his eye should be. We guess there’s some kind of viking / steampunk crossover thing going on here.

Regardless, what it means is you’ll be joining this motley crew as they seek that underground action. And there’s a fair old few ways of landing a payout with these Fellas – like Wilds, transforming symbols, and the ever popular Free Spins. Players can win up to 10,000x their stake on a spin, too. 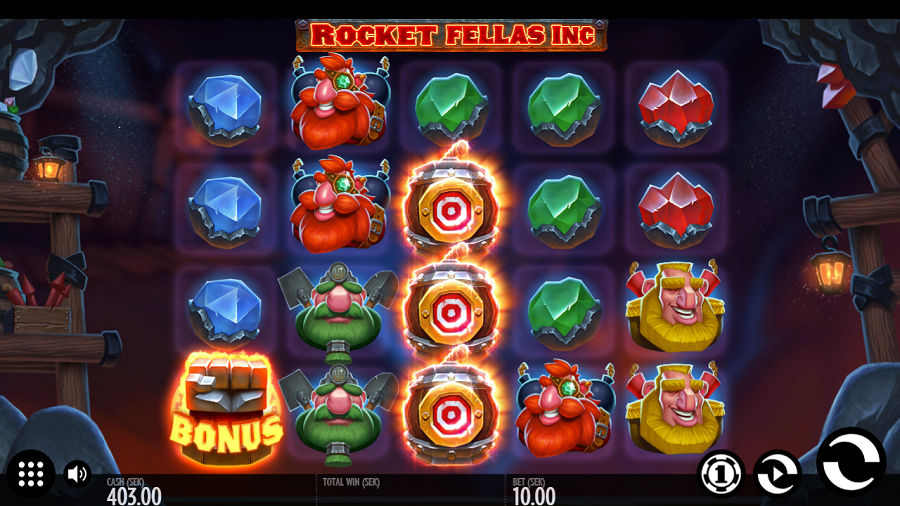 Look out for the Rocket symbol; this appears on the left reel, and will explode across the reels, transforming into a wild symbol in the process. Should a rocket and a barrel appear on the same row, the barrel and all other barrels on the same reel will turn into Wilds.

You’ll be able to trigger the Bonus game – Free Spins, essentially – if three scatters land on the reels at the same time. Once the bonus is in play, if two or more scatters turn up, you’ll be granted extra Free Spins, too.

And if the rocket and barrel symbol appear on the same row during the bonus, now the barrel will become a Sticky Wild. Reels with Sticky Wilds create a Hot Reel, meaning that if a barrel lands on that reel, it will become wild too.

Sounds complicated? Don’t fret – essentially, wilds can hopefully give you more opportunity to put together some winning combinations. So if you can get the rocket and the barrel together, you could be laughing.

With colourful visuals, upbeat music and plenty going on from spin to spin, it’s easy to see why these Fellas are worth a look. Don’t worry, it’s not Rocket science…

Rocket Fellas is released on 22nd February 2021 – in the meantime, visit 32Red Casino to check out a wide range of table games and slots to keep you entertained for now!

Out now: Riders of the Storm
Out now: Basketball Star on Fire