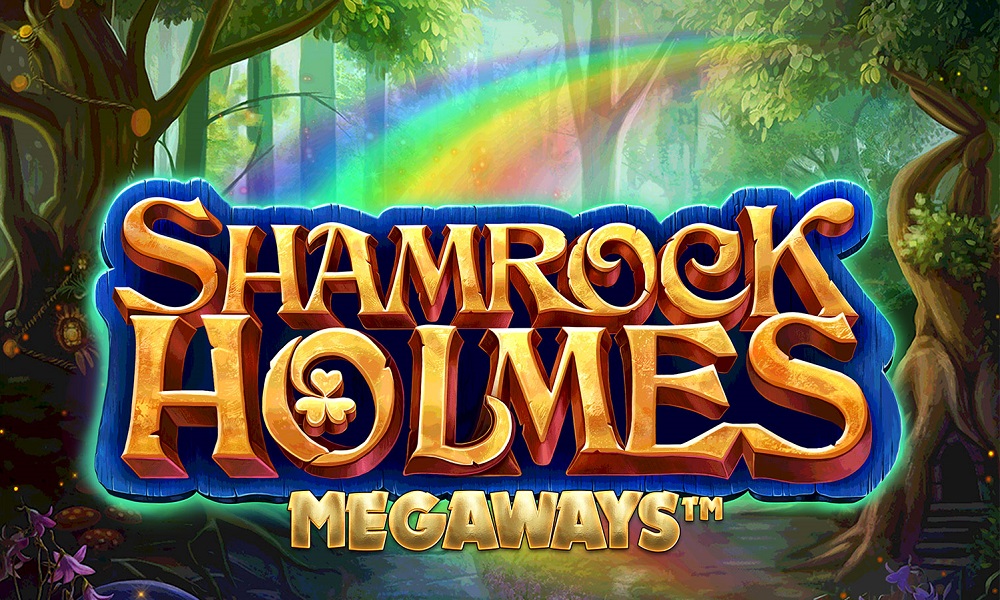 What if the world’s greatest detective was a leprechaun?

That’s the premise for a delightful forthcoming release from Microgaming and developers All41Studios, which pays homage to one of fiction’s most famous sleuths, reimagined here as a creature of Irish folklore. It’s the crossover hit we’ve been crying out for, the slot equivalent of Run DMC and Aerosmith linking up. Play Shamrock Holmes now

We’re talking Shamrock Holmes Megaways, a six-reel, high volatility, charmingly illustrated release where you’ll take a trip to the magic forest, seeking the ubiquitous pot of gold that has been filched by some no-good pixie.

And thanks to that Megaways mechanic, the potential for as many as 117,649 ways to win on a single spin. More unusually, with this slot the amount of symbols that can appear on screen is chosen at random on each spin; at it’s highest density, each of the six columns can feature seven symbols.

Players will also love the Rolling Reels, where winning symbol combinations are removed from the display to be replaced with new symbols, potentially offering the chance to make another winning combo. The Rolling Reels are a fundamental part of the Shamrock experience, whether you’re in the base game, or taking advantage of Re-spins or Free Spins. 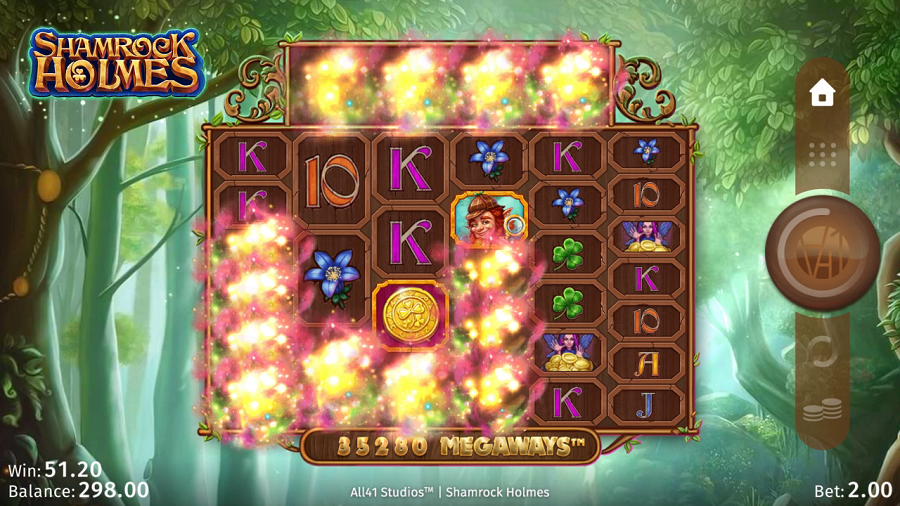 The Free Spins are triggered by landing four scatters on the display – do so, and you’ll be granted 10 Free Spins as well as a 2x multiplier which can also increase as the Free Spins play out – Rolling Reels wins bolster the multiplier value.

As for the Magic Forest Re-spins, they come into play if you land three scatters on the reels along with a high symbol on the Extra Reel at the top of the reelbox. Elementary my dear Watson? Honestly, it’s simple enough once you fire up the slot.

The world might not be exactly crying out for another leprechaun-themed slot, but this one really does offer something different. Shamrock himself cleans up pretty good; sporting a deerstalker hat, whilst brandishing a magnifying glass in one hand and a pipe in the other, this inquisitive leprechaun certainly looks the part.

And with enough features and concepts to keep you entertained, plus the outstanding presentation we’ve come to expect from this design studio, this top ‘tec is definitely worth keeping tabs on. The game is (almost) afoot…

Shamrock Holmes Megaways is released on 5th January 2021 – in the meantime, visit 32Red Casino to check out a wide range of table games and slots to keep you entertained for now!