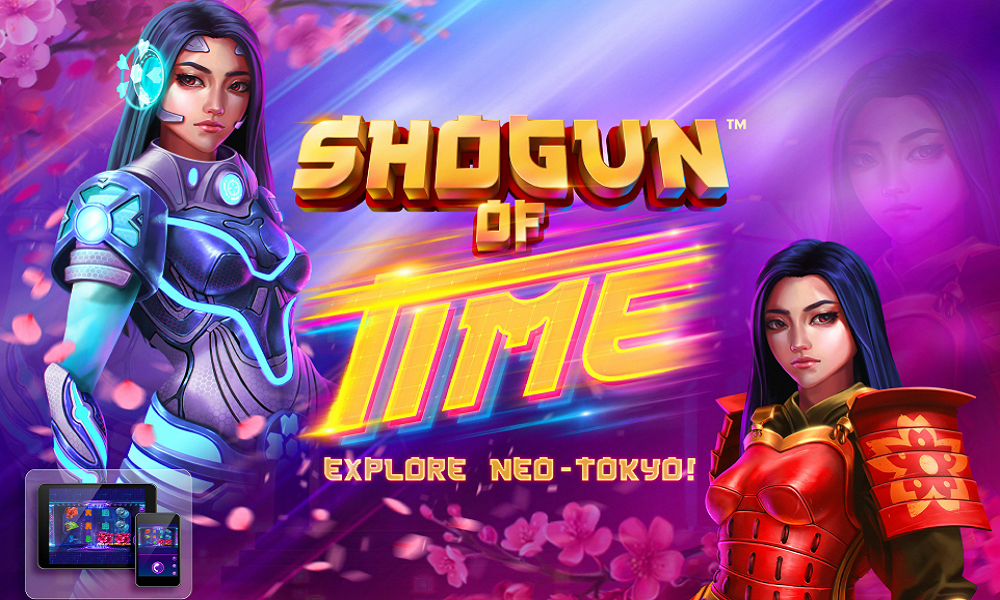 Out now: Shogun of Time

As pop culture obsessives, we’re no strangers to time-travelling oddballs. But Shogun of Time takes era-hopping adventuring to a whole new level.

Sounding for all the world like a Netflix movie premiere, this is the latest slot from developers Just For The Win. Revolving around an ancient, honourable warrior figure zipping through a time portal to dispense samurai justice in Neo Tokyo, Shogun is way out there – and we love it!

Yup, combining cyberpunk sensibilities with a beautiful Japanese warlord from the late middle ages, this latest release throws two very disparate themes at the wall and sees what sticks. But why not? Madcap scenario aside, it certainly makes for an eye-catching slot… 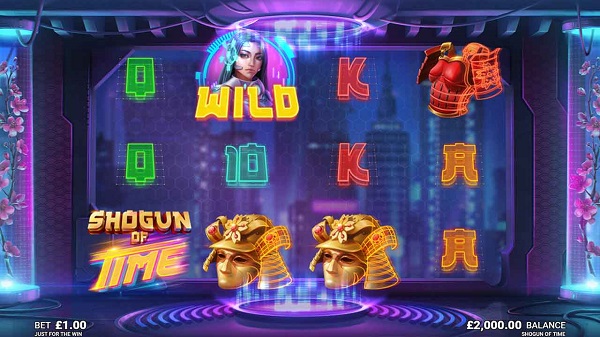 The neon-style symbols on the reels are slick and presentation in general is first class, and the slot will keep you entertained even if the theme doesn’t do it for you.

There are 81 ways to win in the base game, but it’s the Reel Split Re-spin that really brings this slot to life – when a win with four symbols is awarded, there’s a chance this feature will be triggered.

And with 243 ways to win big, these re-spins are potential blockbusters – an additional reel is added between the second and third reel, giving you a shot at a bigger win than you’ll find in the base game.

Players can also win up to 16 Free Spins, and the Free Spins also feature a stacked wild. They also pay both ways, for potential epic wins!

We’re just disappointed that, at the time of writing, there’s no word on a Shogun of Time TV show. Hell, I’d watch the bejesus out of some deadly shogun lady from the 15th century striding around futuristic Japan, chopping up robotic gaijin and generally being cray. For now though, this very cool slot will have to suffice…

Shogun of Time is released on 13th February. In the mean time, visit 32Red Casino now for a wide range of table games and slots to keep you entertained!