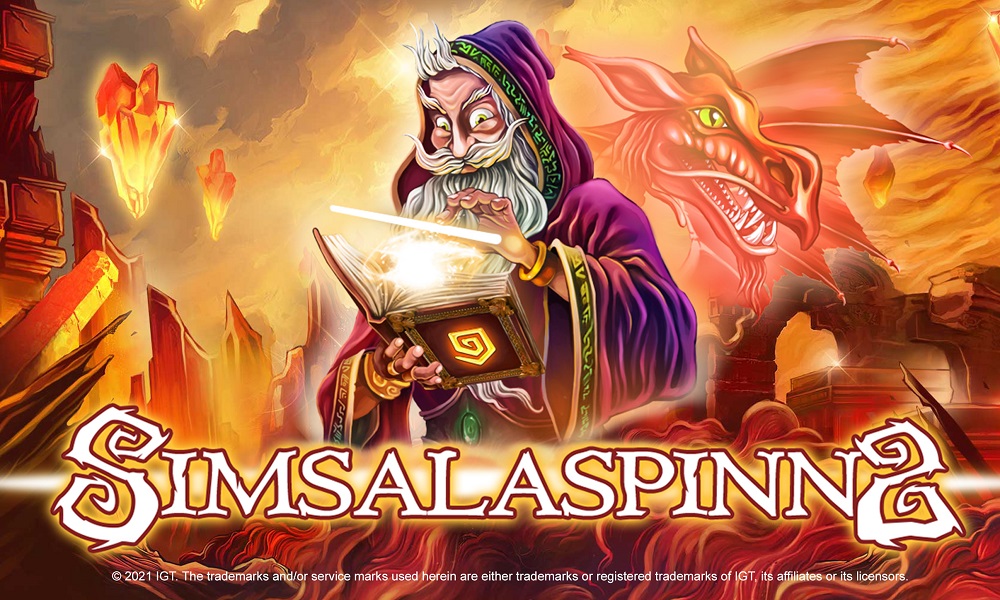 So, this is where the Magic happens! Simsalaspinn 2 is a brand-new, wizard-themed wonder slot with a central character that makes Merlin look like a Paul Daniels tribute act.

With this five-reel, three row release, developers IGT have really pulled a rabbit out of the hat. In the midst of a fiery dragon’s cavern, you’ll find the wizard moodily engaged in his spell book.

As he seeks out otherworldly incantations, you’ll spin the reels in search of winning combinations – with the help of some useful symbols like the Wilds and the Dragon Bonus. Huge stacks of symbols offer even greater potential for big wins, as well.

With the Wizards Wild feature, any symbols on the reels can become wild, appearing on between 3 and 15 reel positions – and naturally, the more symbols the greater the potential reward.

Any Wild symbol that appears in a winning combination can double the value of that win, too. 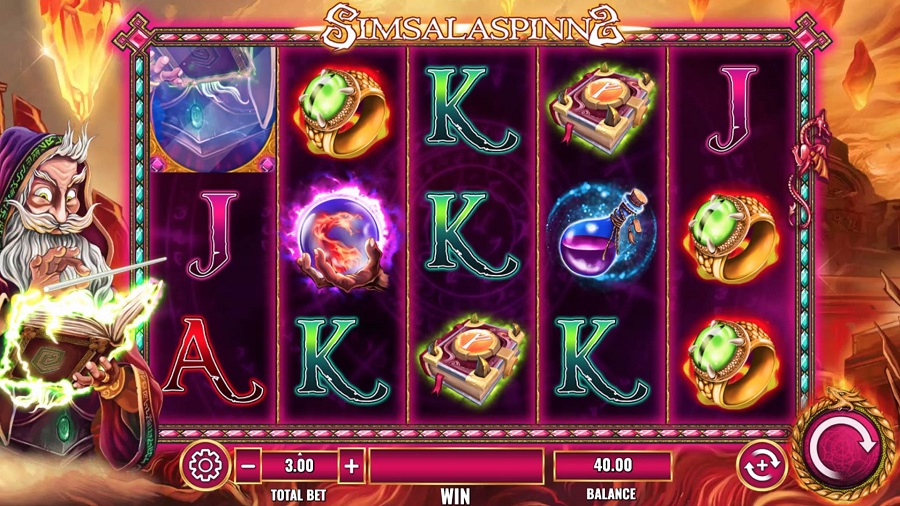 You get 10 Free Spins with three symbols, 20 Free Spins if four symbols land on a spin. And if five dragon symbols land, you’ll be given an amazing 75 Free Spins. The Wizards Wild feature is triggered on every Free Spins, too.

With suitably enchanting lighting effects kicking in when the wizard casts his spell, Simsalaspinn 2 makes for an electrifying experience – while the potential for wins is spectacular, too.

Ready to delve into this spellbinding adventure? The magic hour is nearly upon us…

Simsalaspinn 2 is released on 22nd October 2021. In the meantime, visit 32Red Casino to check out a wide range of table games and slots!