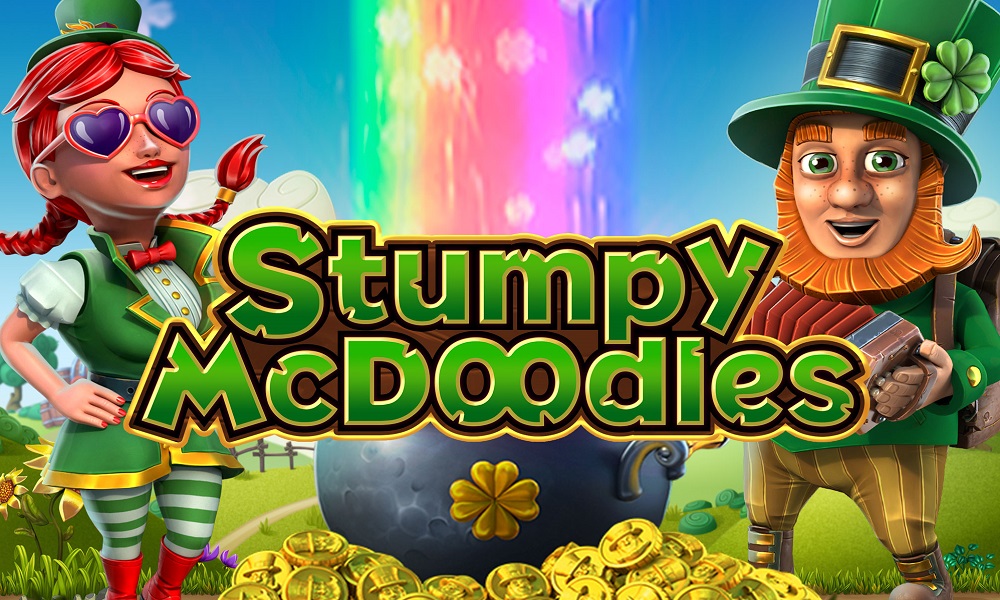 What is it about these zany little leprechaun guys? From their association with pots of gold to their diminutive stature, their bright red hair and garish green clothing festooned with lucky shamrocks, this madcap mythical Irish figure is one of the most beloved in gaming circles.

So it’s high time to introduce Stumpy McDoodles together with his fair missus, Penny. She’s the somewhat trendier half of the partnership, rocking a pair of heart-shaped sunglasses and some downright snazzy stripy tights.

The trappings of the slot are pretty enchanting too. With flagons of foaming brew and even a house shaped like a keg, it seems clear that the McDoodle clan are saying yes to life. Fancy joining them? 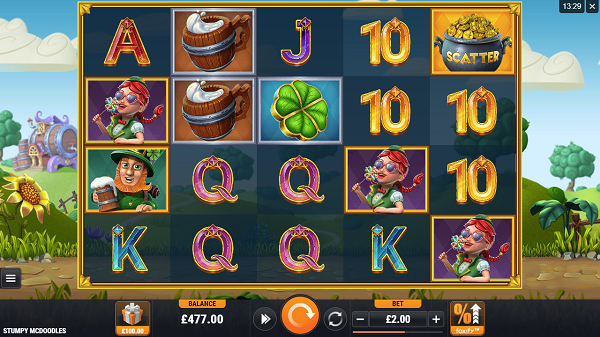 There’s quite a few reasons to give this slot the once-over. Like the Respin feature, which is awarded if two scatters appear on the reels. A reel that can potentially land a scatter will re-spin once, giving players another chance to land a third scatter, thus triggering the Free Spins rounds.

Then there’s the Foxify feature. Players can choose pay an extra 50% for a bet, increasing the multiplier values in both the base game and the when the Free Spins kick in. All multiplier values will be doubled.

If the Stumpy Random Wilds feature kicks in, a magic leprechaun’s pot of gold will appear in front of the reels, exploding to reveal a random multiplier of between 2x and 5x that will be applied to any win, whilst adding 3-8 wilds to random positions on the reels.

Worth stumping up for, then? Almost certainly – your luck could be well and truly in with this kooky collection of leprechauns…

Stumpy McDoodles is released on 10th December – in the meantime, visit 32Red Casino to check out a wide range of table games and slots that will keep you entertained for now!