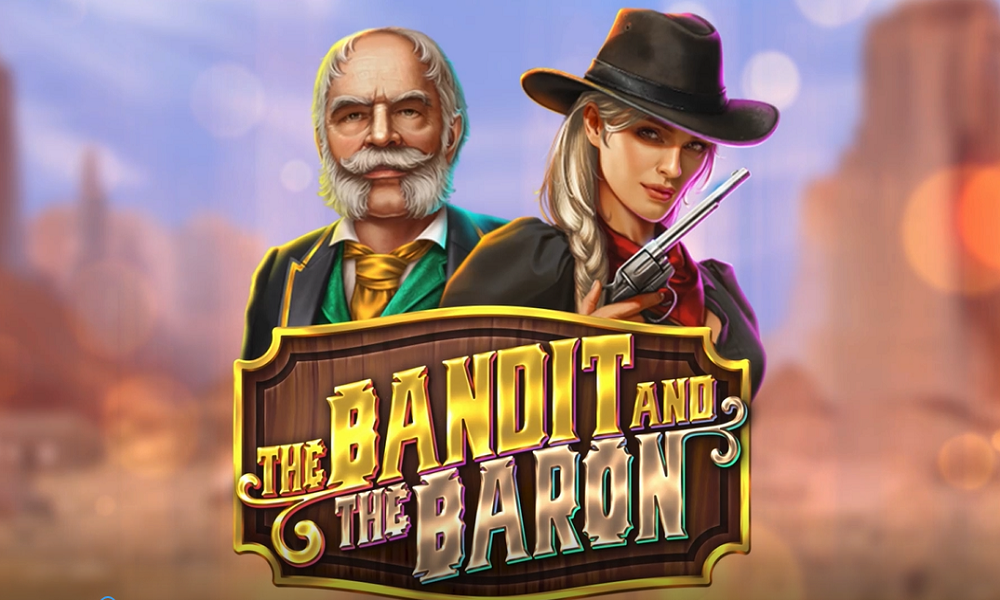 Out now: The Bandit and the Baron

Six shooter-toting, saloon-lounging, cattle-rustling – that’s what I like to do with my weekend. And happily, The Bandit and The Baron is a brilliant new Wild West-themed slot that’s hotter than a two-dollar pistol. Play The Bandit and the Baron now

In this momentous new release from Microgaming and Just For The Win Studios, join the sharp-shooting Bandit as she faces off against a portly old Baron, a rich dude with a bunch of safes containing all his riches. The old guy doesn’t stand a chance.

There are three symbols that can come up during the Bonus feature; Cash symbols, Key symbols, and Upgrade symbols. Cash symbols have a variety of values, and will reset the spin counter to three, and then remain in place while the spins play out.

There’s also a Bandit Respin which can be triggered if two Bandit Bonus symbols land in a single spin. 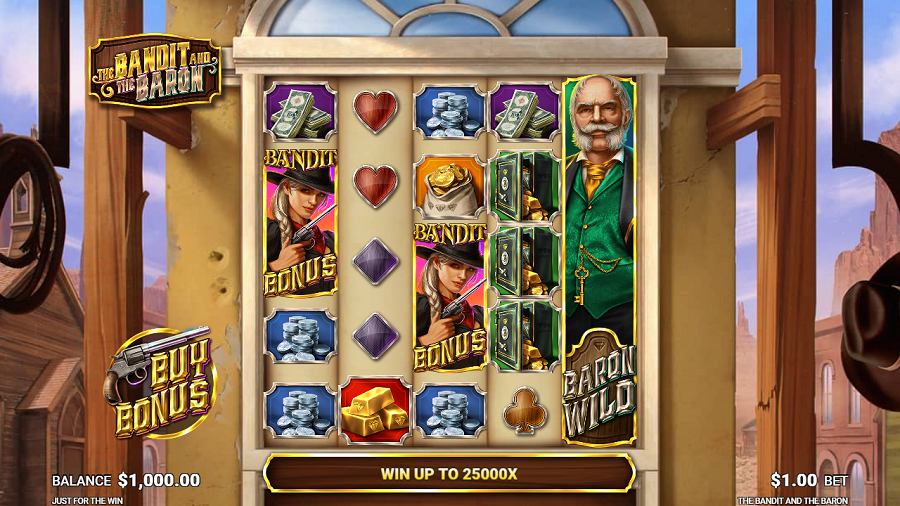 Keys and Upgrades that land in unlocked positions will also reset the counter to three. But if keys land in a blank space on the reels, they’ll unlock a random locked space, potentially activating a symbol within it.

As for the Upgrades, these all have a random multiplier of x2, x3, x5 or x10 that can multiply cash symbols – with the potential for a maximum cash symbol, once multipliers have been applied, of 25,000x!

The Bonus feature concludes when all the spins have been used, or every position on the reels have been filled with cash symbols. The winnings from the cash symbols will be totted up and paid out at the end.

With eye-catching visuals, atmospheric audio and that killer Bandit Bonus feature that offers much potential for a payout, there’s no reason why this cowgirl should ever get the blues.

Looking for some of those Baron greenbacks? Hombre, in this business, you’ll always end up on one side of a gun or the other…

The Bandit and the Baron is released on 5th January 2022. In the meantime, visit 32Red Casino to check out a wide range of table games and slots!

Continue Reading
You may also like...
Related Topics:Bandit Bonus, Bandit Respin, featured, Just For The Win, Microgaming, multipliers, The Bandit and the Baron, Upgrades