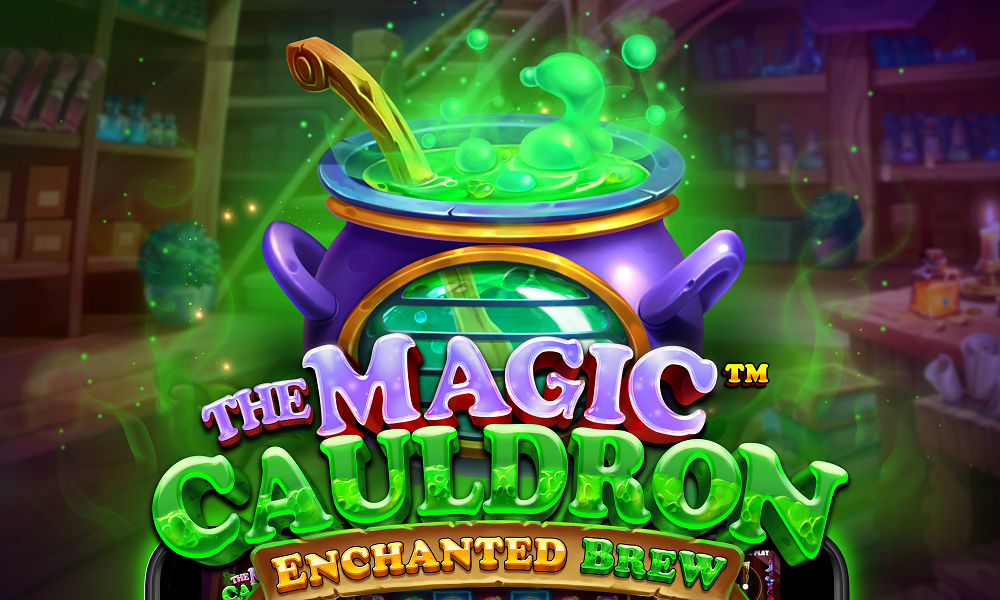 In this manic 7×7 cluster pays slot, you’ll land payouts when at least five adjacent identical symbols land in cluster formation. And once a win has been made, the Tumble feature will kick in – winning symbols will vanish to be replaced with new symbols for another chance at a win.

There’s also a Progressive feature, where the number of winning symbols that explode during a Tumble will be counted up, filling the cauldron at the side of the reels.

Once 25 symbols have been collected, the cauldron will be full to the brim, and will award you one of a number of modifiers.

These range from Befuddlement, where symbols can be transformed, to Invisibrew, where low paying symbols disappear from the screen to be replaced by new symbols.

There’s also an Enlarging Ale, which will add a random block of either 3×3 or 4×4 clusters of the same symbol to the display. And the Balm of Transfiguration will transform one low paying symbol into a random high paying symbol. 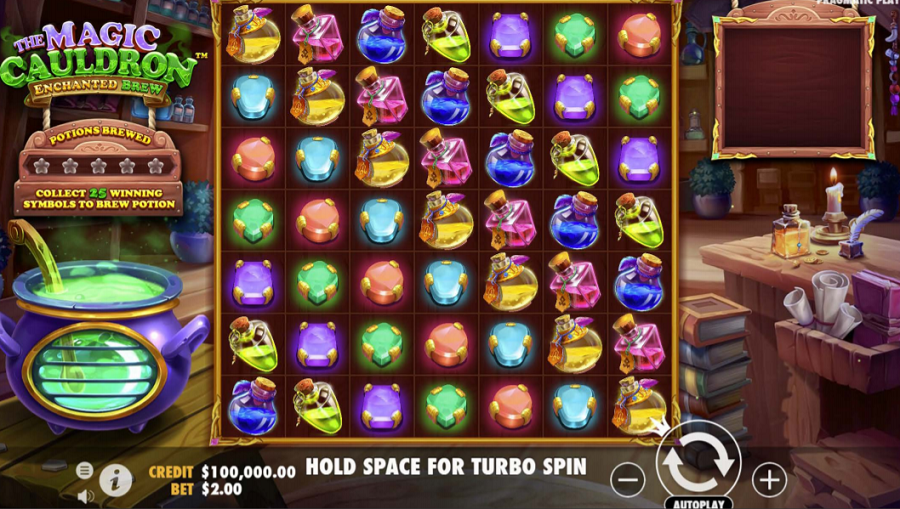 The Potion of Darkness removes all low value symbols from the display and rains down new, high value symbols.

Finally, Unicorn Dust sees 3 or 4 Unicorn Wilds placed randomly on the screen; these Wilds also include multipliers which can increase x1 for every winning combo it becomes a part of (the wilds remain in place until the Tumble feature stops producing winning combinations). These multipliers can climb as high as 20x!

Besides the modifiers, there are a couple of other cool features to be aware of – like Elixir Wilds, which can be added to the screen at random after any spin that doesn’t result in a win. Between four and eight Wilds can appear on the screen.

And there’s also a Moon Seed Mark which can also leave additional wild symbols behind, if at least five marked symbols appear in a winning combo.

Phew! Plenty to get your head round – but it’s pretty straightforward once you start playing. And if you fancy a taste of this magical brew, this Cauldron will be boiling over pretty soon…

The Magic Cauldron – Enchanted Brew is released on 6th August 2021 – in the meantime, visit 32Red Casino to check out a wide range of table games and slots to keep you entertained for now!