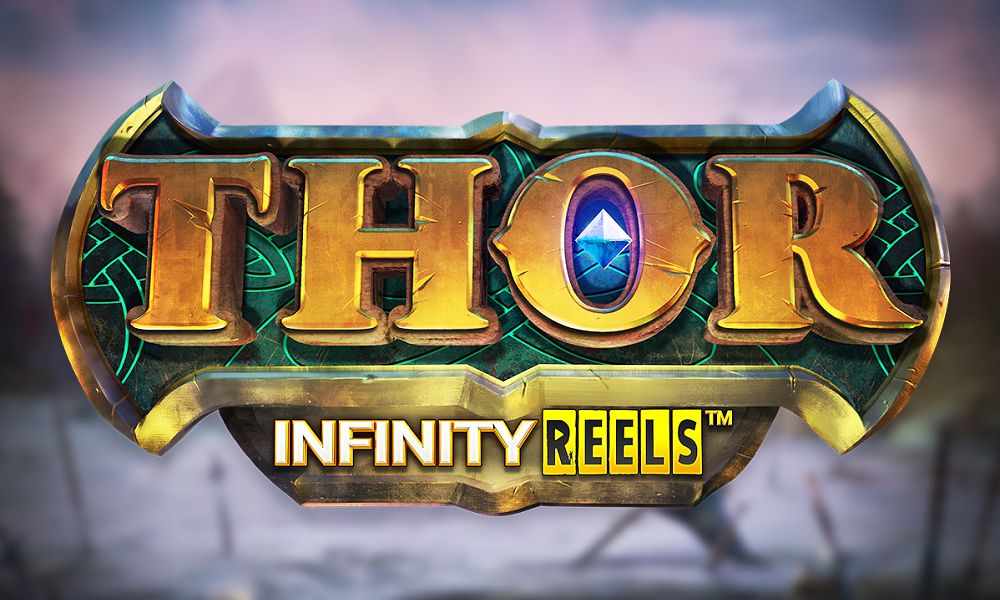 Ready to bring down the hammer? Everyone’s favourite mallet-wielding god of thunder brings his havoc-wreaking charms front and centre in Thor Infinity Reels, the superb new release from SG Digital and Reelplay.

The Norse deity has seldom looked more striking than in this visual tour-de-force, as gorgeous lighting effects light up the reels. The artwork might be a wonder to behold, then – but what does this slot offer besides glorious good looks?

To begin with, the action is contained to three reels. But on any spin, any symbol that lands on the final reel on the right and improves a combination of symbols will result in an extra reel being added to the right-hand side of the display.

The new reel will spin – and if it delivers another symbol combination improvement, another reel will be added, with no limit to the amount of reels that can be added. 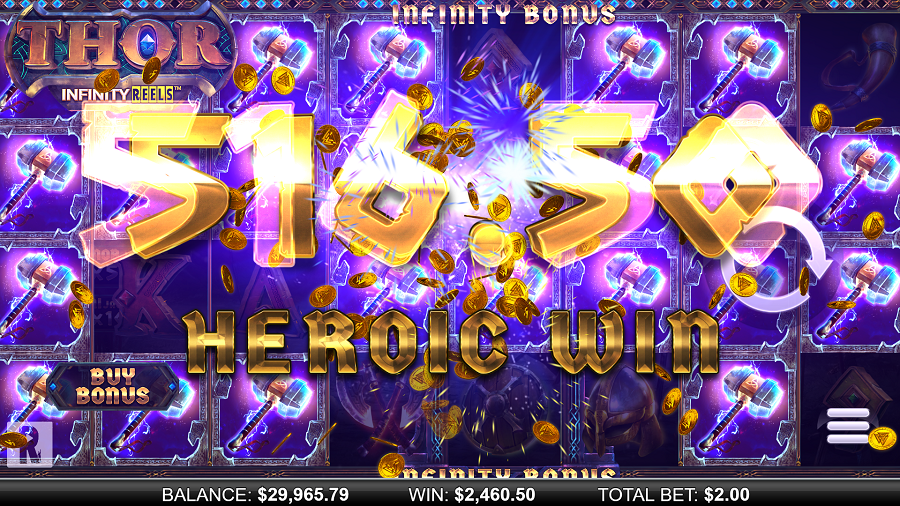 There is also a rather nifty Infinity Bonus that kicks in when 12 or more reels have been added, awarding you a prize of 888x your total bet!

Beyond the Infinity Reels, you’ll also find Jackpot Respins to keep you entertained; this occurs when six or more of Thor’s hammers land on the reels. Three respins will be awarded, with the Hammer symbols remaining in place as the respins are played through.

New Hammer symbols landing on the reels will reset the Respin counter to three, and if a Reel fills up with four Hammer symbols, another reel will be added to the right side of the display. Once the respins have been used, you’ll be awarded a prize or jackpot prize for each Hammer symbol.

With incredible potential thanks to that infinite reel concept, the dramatic music and outstanding graphics here combine to deliver a package that showcases the Thunder God at his most thrilling. Up for some Fantastic Thor?

Thor Infinity Reels is released on 1st July 2021 – in the meantime, visit 32Red Casino to check out a wide range of table games and slots to keep you entertained for now!