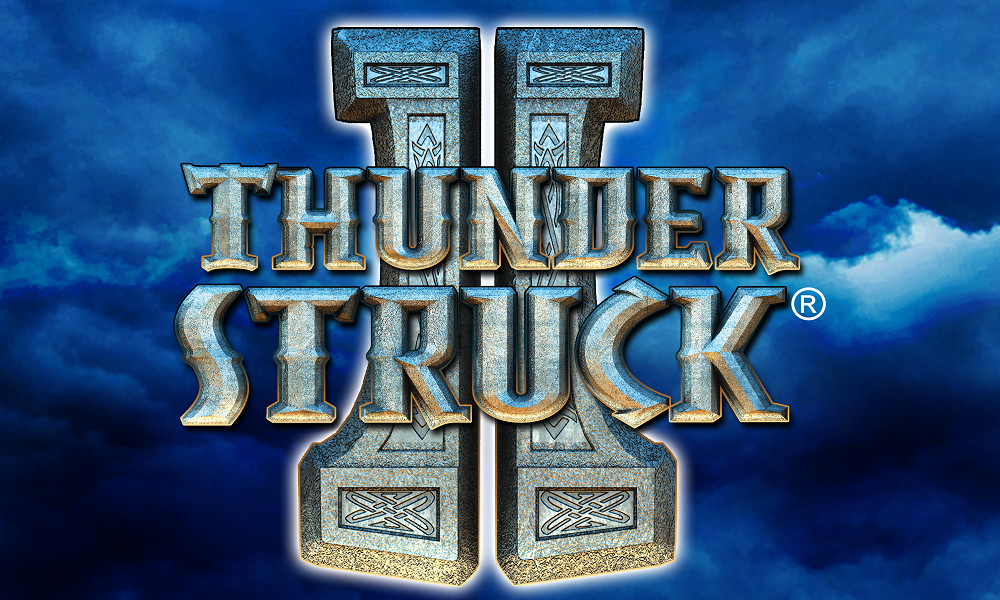 A storm in heaven? Plenty of slots have been inspired by the Gods of Asgard, but few have proven as widely adored as the much loved Thunderstruck II. Play Thunderstruck II now

Still a hugely popular draw many years after it was originally released, now Microgaming have decided to give this fine title an upgrade – nothing too obtrusive, just a nip here, a tuck there to make the old girl better than ever. We’re talking Thunderstruck II Remastered.

And yep, almost a decade after it first arrived, this old favourite still offers plenty of thrills. The gameplay is as compelling as ever; this five reel, 243 ways game is packed with bonuses.

Join these wrathful gods as they wreak havoc like only deities can, turning Valhalla into party central – and giving the player plenty of potential chances for a celestial-sized payout. 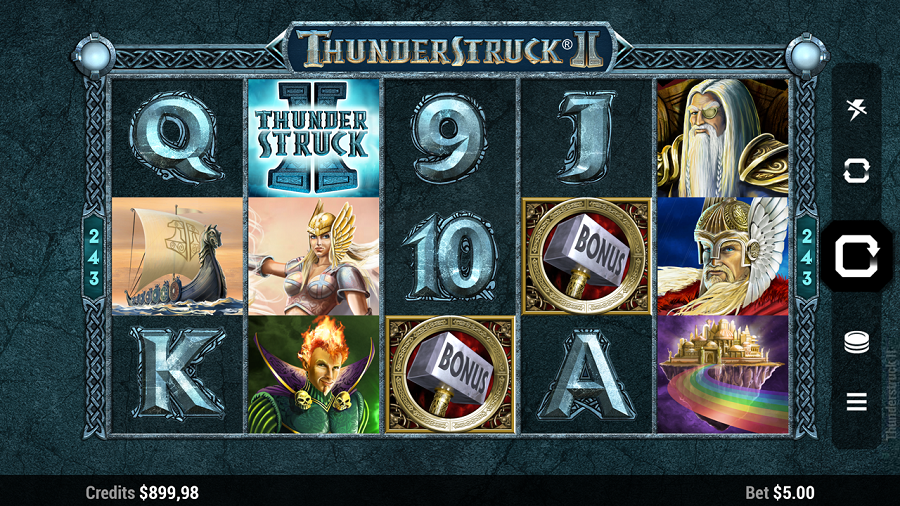 If you’ve yet to try this one, look out for the Wildstorm feature that can strike randomly on any spin, turning all five reels wild. There are also unlockable Free Spins to be plundered in the Great Hall of Spins. Three or more scatter symbols let you visit the Great Hall – from here, you’ll have four options for Free Spins variants.

Choosing from one of four Norse gods, Odin, Thor, Valkyrie and Loki, you can choose the feature that suits you best. Loki gives you additional wilds with Wild Magic, while Odin’s Wild Raven can offer between 2x, 3x and even 6x wild multipliers.

Thor Free Spins offers Rolling Reels alongside the potential to and up to 5x multipliers, while with Valkyrie, you’ll get the lowest amount of Spins, 10 of them – but you’ll receive a guaranteed 5x multiplier on every win.

If you’re looking to be hit by the Thunder bolt all over again, this remastered epic adventure might just offer the perfect storm. This is definitely one for your Struck-it list…

Thunderstruck II Remastered is released on 10th December 2020 – in the meantime, visit 32Red Casino to check out a wide range of table games and slots to keep you entertained for now!