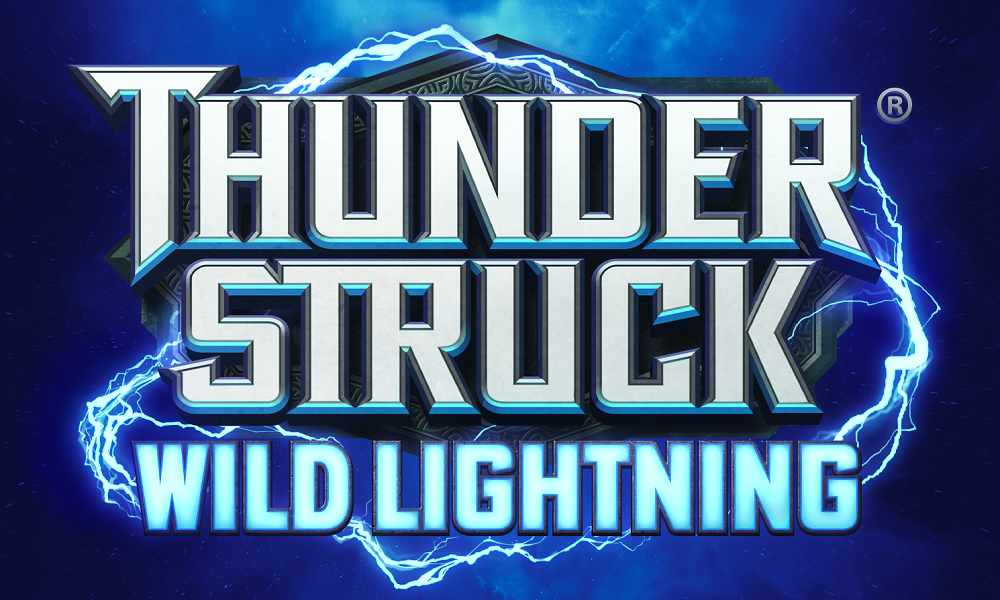 From Microgaming and Stormcraft Studios, this five reel, four row slot has been given a significant upgrade in the looks department, with striking 3D graphics that really amp up the excitement here.

Music and all-round presentation is similarly staggering, and players can even choose their favourite soundtrack to accompany the god-grappling action. Customisable, colossally entertaining, this is Ragnarok at its most remarkable.

In Wild Lightning, god of Thunder Thor is seeking to retrieve the lost World Stones. In the process of helping the hammer-wielding dude track down said Stones, you’ll find a range of ways to land payouts – like the Link&Win feature.

This is triggered when six or more Bonus Scatter symbols land during a base game spin. When this happens, the reels will expand to a 5 x 8 display, with players attempting to unlock the additional rows by collecting Thunderballs. 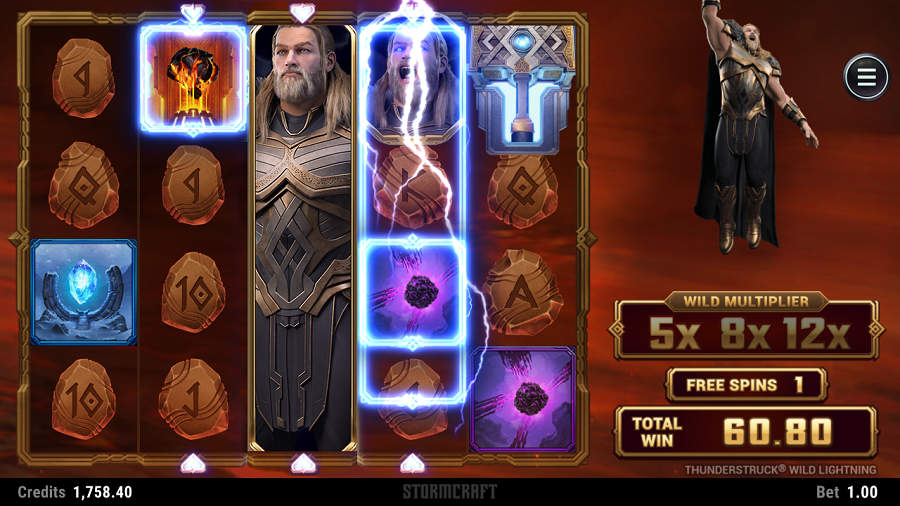 You’ll also collect cash value symbols, resetting the spins when these symbols land on the reels – and if you can unlock the additional rows, you may even be able to get your hands on one of four jackpots, ranging from mini to minor, major to mega – the Mega pot offers a payout of 15,000 x your bet.

Beyond the Link&Win antics, back in the base game you can also trigger Free Spins, if three or more Scatter Hammer symbols land on the reels.

You’ll be teleported to a new gateway to five mystical realms, with the icy wilderness of Jotunheim, available right off the bat; each of the remaining realms needs to be unlocked before you can gain entry.

You’ll begin with 15 Free Spins, plus a multiplier of 2x, 3x or 5x. Retrigger the Free Spins to unlock additional realms, with greater multipliers.

As you play, you’ll seek Wilds to unleash the Wild Lightning feature, which creates multiple Wild Reels. Make it all the way to the dark world of Svaltalfheim, and you’ll even be able to harness WildStorm, transforming five reels into Wilds with a single spin.

No struckin’ joke – as thunder god-themed slots go, this might just be the storm of the century. Ready to unleash the Wild Lightning?

Thunderstruck Wild Lightning is released on 27th July 2021 – in the meantime, visit 32Red Casino to check out a wide range of table games and slots to keep you entertained for now!

Out now: Empty the Bank
Out now: Blown Away