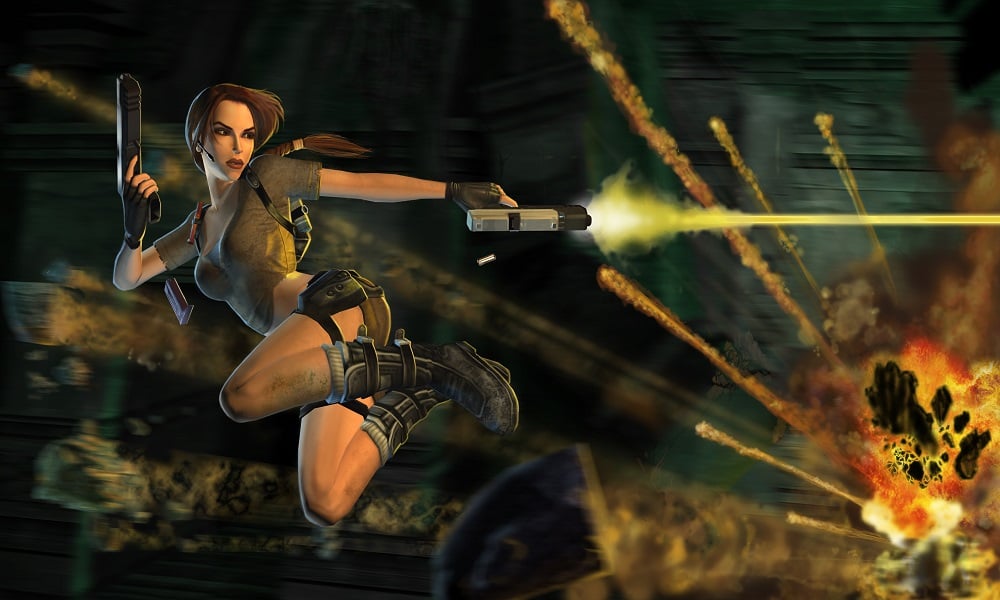 Out now on mobile – Tomb Raider: Secret of the Sword

A longtime favourite on desktop, Tomb Raider: Secret of the Sword is now available to play on mobile phone. And fans of Lara Croft will definitely want to explore the treasures on show in this release.

This five-reel, thirty-pay line slot features wilds, scatters and a Free Spins bonus game – so far, so standard, even if the presentation, audio and visual here is a cut above the usual fare, with animated symbols. But Secret of the Sword also has a couple of other notable features worth taking a look at.

The symbol with Lara Crofts face acts as a substitute for other symbols, while if you land three, four or five of a certain symbol, you’ll activate the Free Spins feature – with rolling reels.

During Free Spins, all winning symbols will dissolve, causing affected reels to roll down, potentially awarding you additional wins. Rolling Reels wins increase the multiplier, and it’s possible to achieve a maximum multiplier of x5 – though if not consecutive win takes place, the multiplier will reset.

There’s also a Super Mode, a randomly triggered feature that awards five free spins. What’s more, during these free spins, multiple wild positions will be randomly awarded, and held for the duration of the Super Mode. 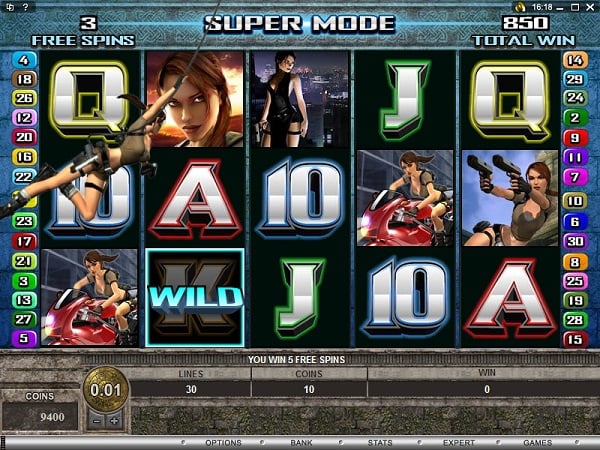 As for the Global Adventure Bonus, you’ll trigger this by activating all five reels. Reels are activated when a passport icon lands on the centre position of a reel, and you can win up to 450x your weighted average bet!

Activated reels are held and accumulated until the bonus game is triggered. Look for hidden sword fragments, but beware of booby traps at each location – find 2 traps and the bonus game will end.

If you get the Hidden treasure bonus, you’ll be awarded one of the following prizes – all wins for that location, a bonus value, a 2x multiplier – or even entry into the Shootout Bonus.

There’s lots here to keep you entertained, then. Tomb Raider: Secret of the Sword is well worth tracking down – turns out we’re just gaga about Lara!

Tomb Raider: Secret of the Sword is available now on desktop and mobile. In the meantime, why not check out the full range of slots and casino games at 32Red.

Out now: Robin of Sherwood
Out now on mobile: Hound Hotel