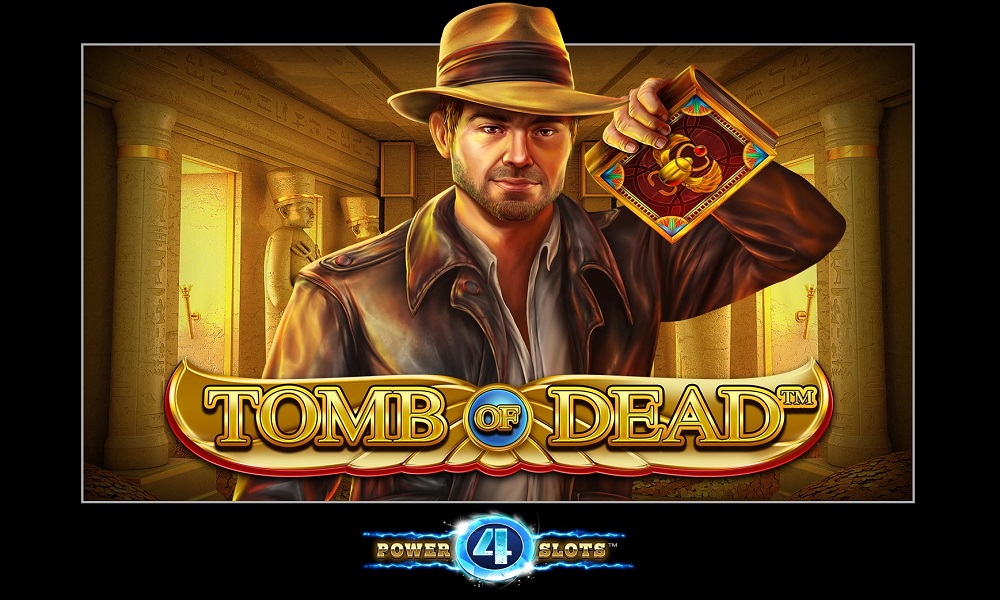 If you’ve a hankering for a spot of tomb-looting, good news – the new one from Blueprint Gaming could be just what the doctor ordered.

Doctor Wild, that is – you’ll join the good doctor on his journey into mystery in the forthcoming Tomb of Dead Power 4 Slots.

With his battered brown leather jacket, stubbled jaw and a penchant for poking around in ominous Egyptian ruins, the doc might remind you of a movie action hero – but regardless, the action on display here is sure to match the excitement of any big screen blockbuster.

Using the Power 4 Slots approach, this slot gives the player four windows to play with; that’s four sets of reels to play simultaneously, with all that entails – more chances for wins, and to trigger Free Spins.

There’s also a Wild Scatter in the form of a Tomb symbol which also acts as a bonus, giving you more chance to land both a reel win AND a feature in one spin. If three of these Scatters land on the reels at once, you can win Free Spins on up to four windows at once. 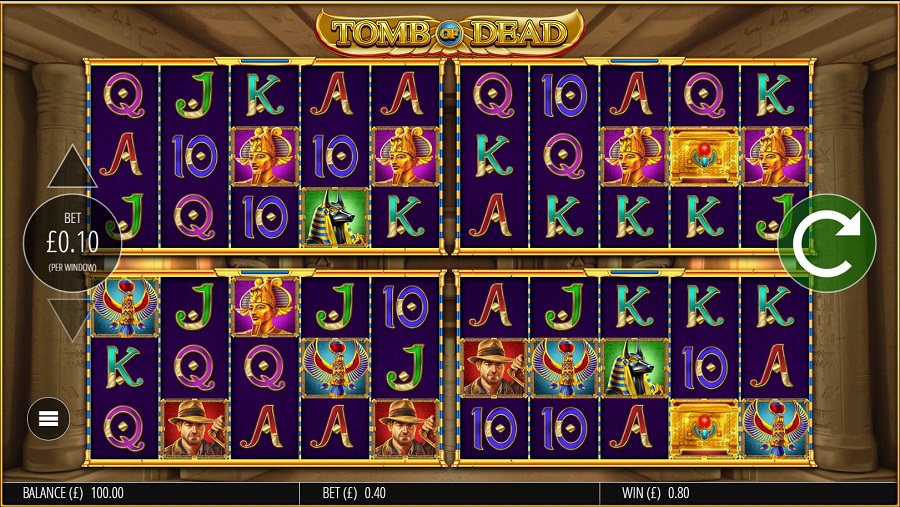 When the Free Spins are activated, you’ll spin a wheel to determine exactly how many spins you receive, and with how many windows open.

Then, once the Free Spins are in play, you’ll also find there’s a Special Symbol active too; this can create wins on each winline across every active window, again offering the potential for some startling payouts.

With a slew of slots to choose from, there’s no doubt that Tomb of Dead is definitely doing something different – or at least, it’s doing something bigger than usual, anyway. Four different reel set-ups on the same display?

That might just mean four times the thrills. You’ll be able to find out for yourself soon enough, should you choose to delve into this Tomb of the Dead – on the evidence we’ve seen, this one’s definitely worth chancing. Up for discovering the secret of the Tomb?

Tomb of Dead Power 4 Slots is released on 1st February 2021 – in the meantime, visit 32Red Casino to check out a wide range of table games and slots to keep you entertained for now!