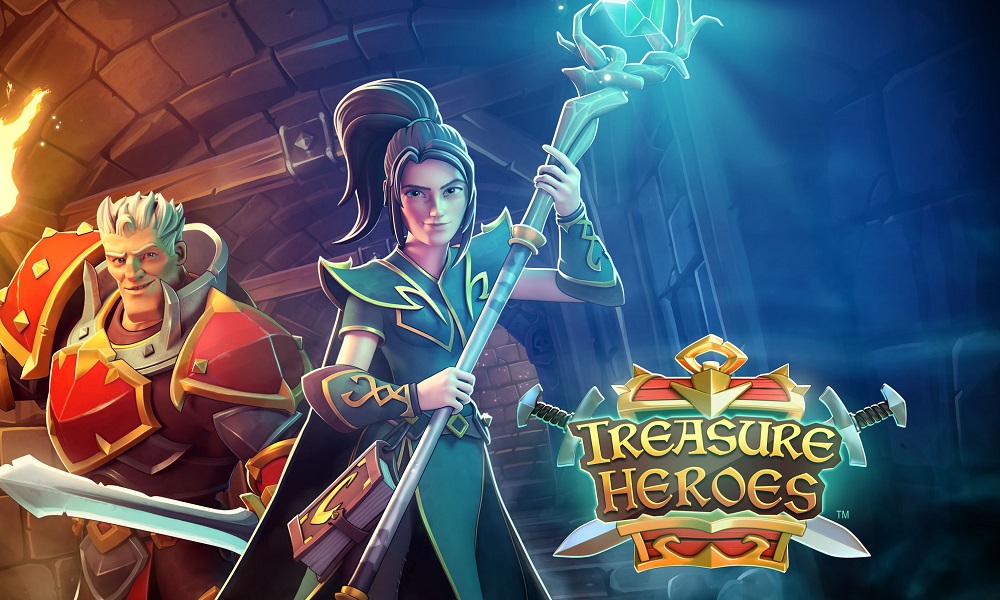 Time for heroes? Developers Rabcat are renowned for their glitzy, glossy visuals, and the soon-to-be-released Treasure Heroes is no different, with appealing, moody character design and a pleasing art style.

Right off the bat, this slot seems to offer something fresh. The background is a top down view of a room in a castle dungeon, with an overhead angle that’s reminiscent of the style of classic old ZX Spectrum game Atic Atac.

But it’s the actual design of the slot that’ll give you pause for thought. Treasure Heroes features an unusual five x five grid, giving players a potential host of ways to win. Yet it’s the in-game features that are the real heroes. 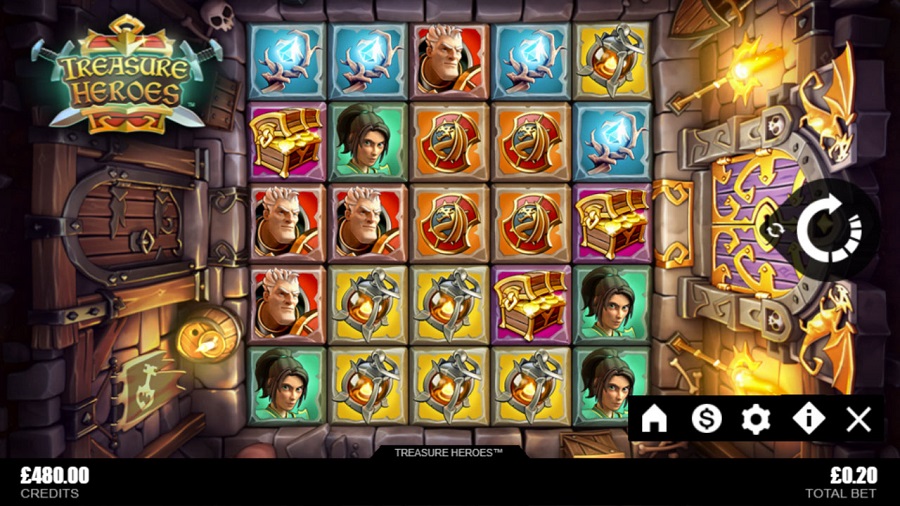 Elsewhere, the Treasure Chamber Free Spins are sure to impress – trigger them if just two Free Spin scatter symbols settle on the reels. At this point a key will appear from out of thin air, opening the locked door on the right-hand side of the screen to gain access to the hallowed Treasure Chamber…

While the 10 Free Spins are in play, the “magician” and “warrior” symbols will turn randomly into fixed Wilds, thanks to the Hero Transformation feature. By fighting the undead guardian, symbols can turn into fixed wilds which will remain in place until the Free Spins feature is complete.

Available to play exclusively on 32Red from mid-February (it will be appearing elsewhere too, but not just yet), Treasure Heroes is a marvel of modern technology. Ready to enter the Chamber?

Treasure Heroes is released on 20th February 2020 – in the meantime, visit 32Red Casino to check out a wide range of table games and slots to keep you entertained for now!