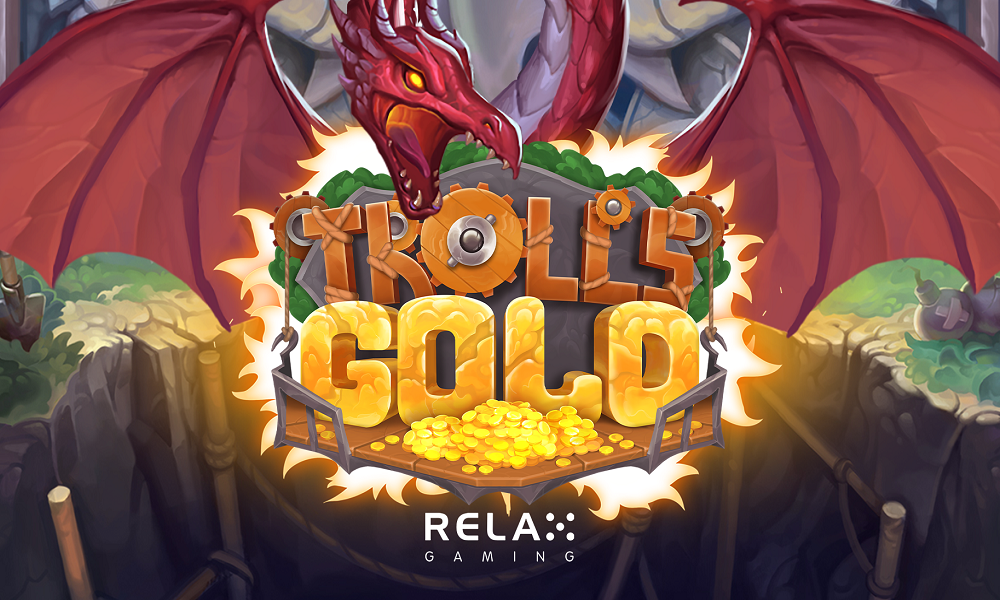 Finally, an Internet Troll we don’t want to punch squarely in the face. Troll’s Gold is the new one from Relax Gaming, and this colourful adventure has plenty of treasures to discover. Play Troll’s Gold now

In fact, trolls aren’t the only bestial creatures lurking in this fine slot; give it a spin, and you’ll find yourself infiltrating a dragon’s den, siding with the trolls of the title in order to nab some of the dragon’s ill-gotten riches.

With bright visuals and presentation that will appeal to fans of the fantasy genre, this release certainly boasts a striking look. The music is perfectly suited to the theme too, summoning up visions of creatures travelling deep into the heart of a forbidding mountain.

But go beyond the idiosyncratic appeal of this family of Trolls, and you’ll also find some very intriguing features here.

Like the Lock-In Re-spins – this feature is awarded when a stack of matching symbols lands on the first reel. These symbols will lock in place, along with any other matching symbols, while the remaining symbols re-spin. 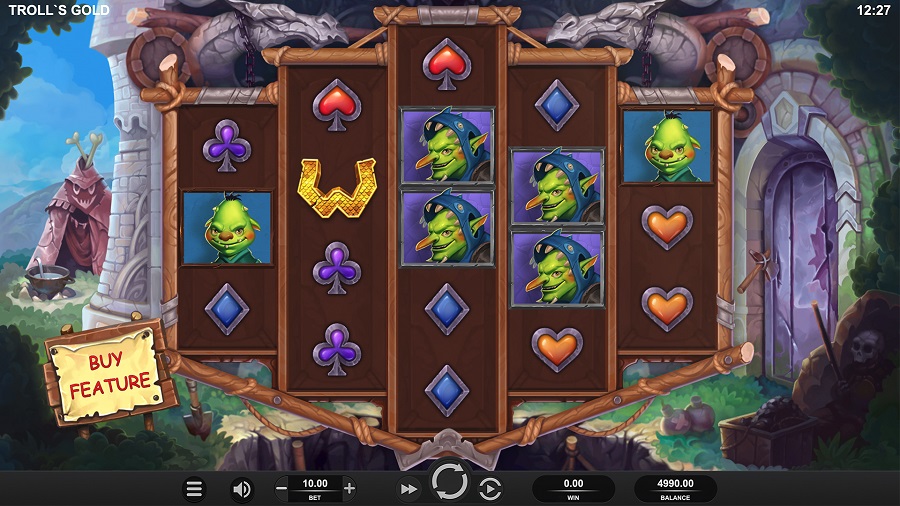 The Re-spins continue until no further matches are made – but it’s possible to fill the reels entirely, and if that happens you’ll also be awarded a multiplier on the win, from between 2x to 10x!

There are also Treasure Trove Re-spins that will be awarded when a stack of gold bag symbols land on the reels.

Only two symbols are in play during these re-spins – the Gold Bag which includes multipliers, and the Treasure Chest which collects the values of each symbol on display, adding them to the collection meter.

Fill every one of the 19 spaces in the meter for the top collection prize – you could land as much as 10,000x your bet!

Ready to venture into this dragon’s den, then? They see me Trollin’…

Troll’s Gold is released on 27th August 2021 – in the meantime, visit 32Red Casino to check out a wide range of table games and slots to keep you entertained for now!

Out now: Arthur and the Round Table
Out now: Lucky, Grace and Charm