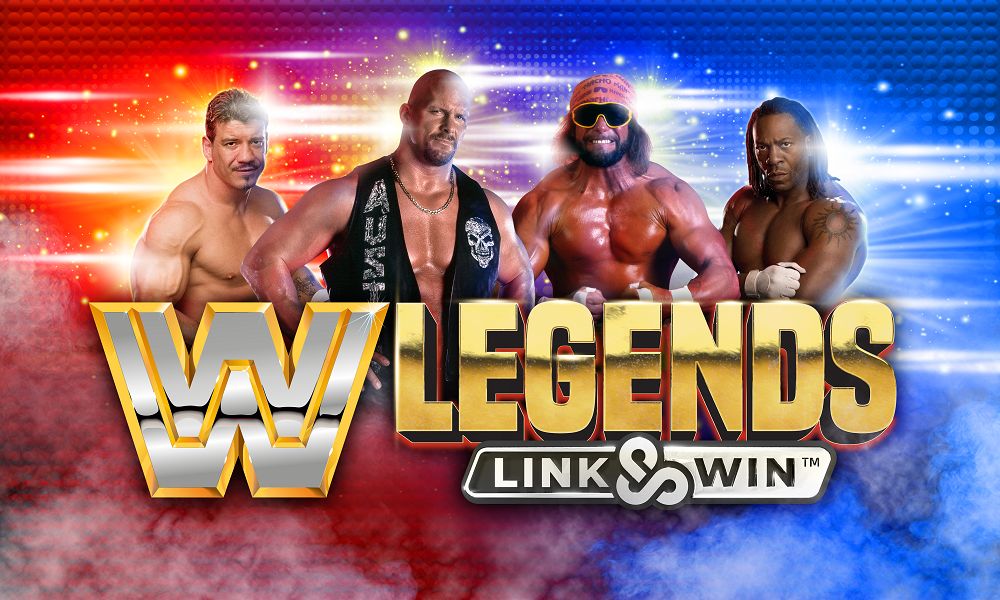 Big Daddy! Giant Haystacks! Kendo Nagasaki! Once, these spandex-clad men bestrode the wrestling world like colossi. Yet since that early eighties hey-day for UK action, grapple fans have turned irresistibly to the bombastic allure of American wrestling.

One or two purists might still hanker nostalgically for the simple thrills of angry, overweight British men lumbering around the ring. But for the rest of us, WWE is where it’s at. And this theatre of the lunk-headed doesn’t come any more extravagant than on WWE Legends: Link & Win.

In this tribute to these vintage maestros of mauling, the likenesses of Stone Cold Steve Austin, Macho Man Randy Savage, Eddie Guerrero and Booker T are to be found on the reels – alongside features that will leave the competition out cold on the canvas.

In this high volatility, five reel, three row release from Microgaming and All41studios, you’ll find an array of reasons to get up close and personal with these superstars – including the Link & Win mechanic of the title.

Triggered when at least six coins land during a single spin, each coin holds a random value; by getting as many of these coins on screen as possible, you’ll increase the total amount you’ll be awarded once the feature finishes. 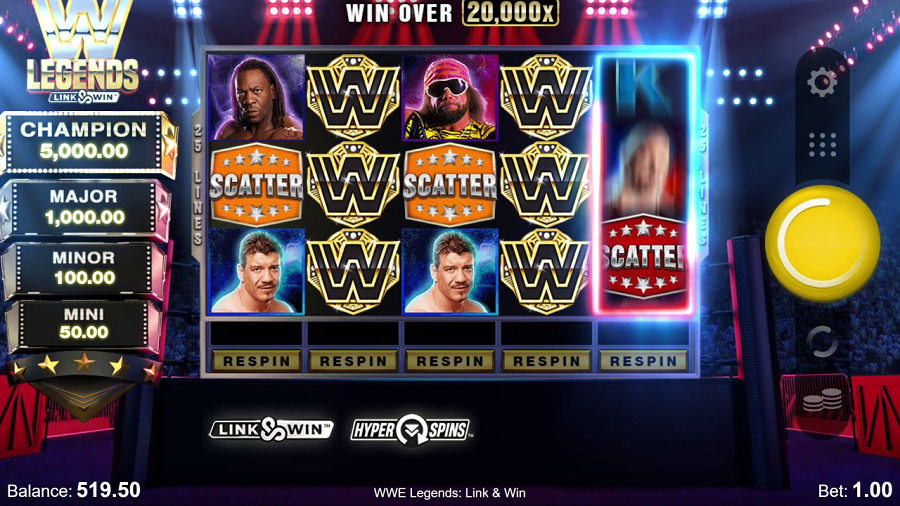 Different coloured coins have different effects; red coins add their value to other coins, while a green coin will take the value from the other coins, adding it to its own. Meanwhile, blue coins increase the win multiplier.

And if you can fill every symbol position, you’ll also be awarded the Champion Jackpot, which weighs in at 5,000x your stake!

Beyond the Link & Win feature, if you get the scatters that give you a 1-2-3 count anywhere on the reels in a spin, you’ll be awarded five Free Spins. At this point, the central three reels will merge into one huge symbol, increasing your chances of making a winning combination.

Additionally, if another three scatters appear while the Free Spins are in-play, you’ll be awarded even more Free Spins.

For a taste of legendary wrestling excitement, this spectacular slot has all the right moves. It’s almost time to get in the ring…

WWE Legends: Link & Win is released on 19th October 2021. In the meantime, visit 32Red Casino to check out a wide range of table games and slots!