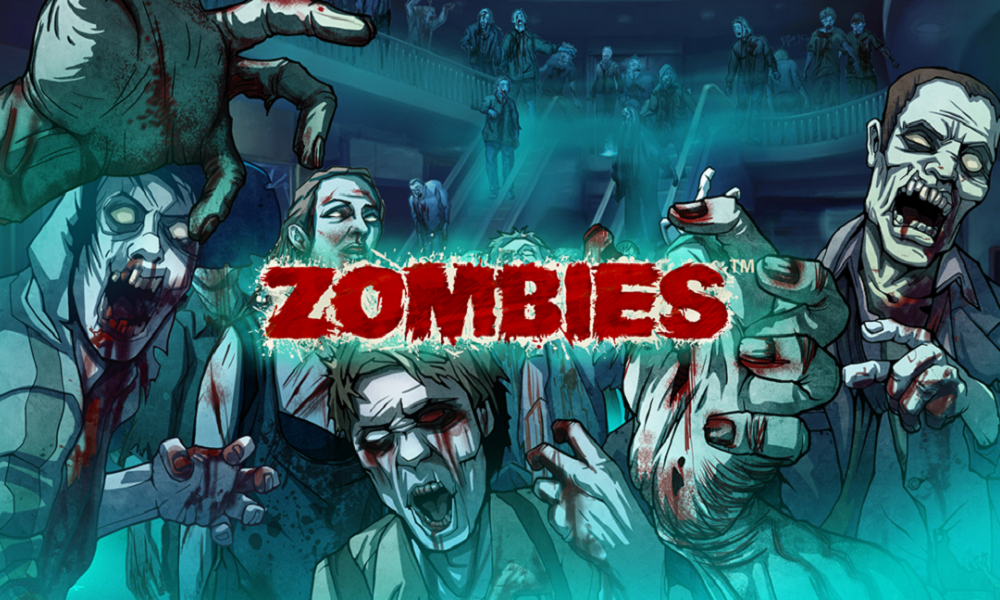 Ravenous for some new slot action? NetEnt have served up a flesh-munching buffet of blood-and-guts gaming with this classic title – and it’s available now on 32Red!

If you haven’t experienced this entrail-eating expedition into the world of the undead, you’re in for quite an adventure…

First up, the presentation is great, with gore-splattered visuals including severed eyeballs and human brains decorating the reels.

But even if the sight of some ghastly reanimated cadaver shambling unstoppably toward you, mouth caked with unspeakable grey and red matter, doesn’t do it for you, don’t fret. Turns out there are other reasons to play this slot. 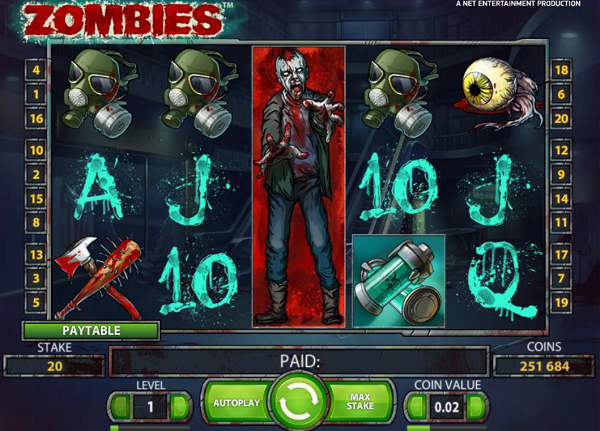 Here’s how it works – two zombies heads appear, covering the reels, and then up to six wild symbols will appear on the screen. Once the Random Wild feature is over, wild symbols will substitute for any symbol from the activating round.

All of which means that even if you can take or load the bucketloads of gore, the possibility of bucketloads of payouts make this slot worth getting excited about. The end of the world and you feel fine? On this evidence, bring on the zombie apocalypse.

Out now: Jumanji
Out now: Starburst