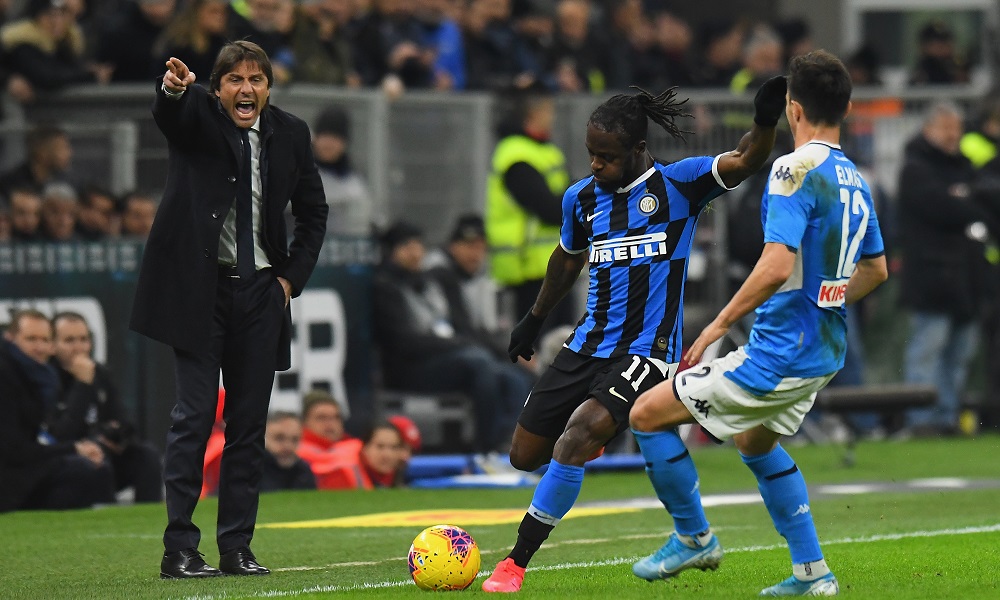 Italian football returns to action on Friday night; we’ll have to wait until Saturday the 20th of June for the resumption of Serie A, but in the meantime, there’s the Coppa Italia to keep fans occupied. Latest betting here

In Friday’s second leg semi-final, Juventus take on AC Milan in Turin, with Napoli hosting Inter on Saturday night. The games will take place behind closed doors, but will be available to watch in the UK on BT Sport.

And after the lengthy break from play, it seems we’re living in accelerated times right now – the final will be next Wednesday. So who’s going to make it to Rome’s Stadio Olimpico next week?

Juve are 11/20 favourites to win this one, with AC Milan 17/4 at the time of writing, and the draw available at 16/5.  The first leg finished in a 1-1 draw, with Cristiano Ronaldo’s stoppage time penalty belatedly putting Juve level.

Juventus hardly looked the better team in that encounter back in February, with the side struggling to make an impact at the San Siro. But according to the Serie A standings, Juve should be too much for this Milan side; they lead the championship on 63 points, while Milan are down in seventh place with just 36 points.

There have been murmurings of discontent over Maurizio Sarri’s management of Juventus this season, but the side remain unbeaten at the Allianz Stadium this campaign. Perhaps the absence of fans cheering on the team – and to some extent, influencing the referee? – will be a factor here.

Milan certainly could use a boost; before the break, they’d won just one of their last seven games in all competitions. For this match, Milan will be without the aged but still influential Zlatan Ibrahimovic, who is injured, while Theo Hernandez also misses out through suspension; the highly rated defender has proved one of Milan’s most reliable players and is likely to be sorely missed against the likes of Ronaldo and Paulo Dybala.

Milan look outclassed here, and Juve will surely book their place in Wednesday’s final; it would be little surprise to see Ronaldo add to his current haul of goals either, having scored in both of his previous Coppa Italia outings this season – with 25 goals in all so far for Juve this campaign.

In our Pre-pack section, you can get Juventus to win and Ronaldo to score at 7/5.

Napoli won 1-0 against Inter in the first leg, and the side look to be getting back on track after underwhelming for much of the season. Carlo Ancelotti was replaced by Gennaro Gattuso in December after one win in 10 games, and since then there’s been a clear improvement, with Napoli unbeaten in their last five games in all competitions (including a Champions League draw against Barcelona).

Antonio Conte’s Inter lost their last game out against Juve back in March, having also been beaten by Lazio a few weeks earlier – effectively scuppering their chances for another season of winning Serie A. With the league out of reach, both teams should theoretically be highly motivated to win this one then.

Seven-time winners Inter last won the competition in 2011, while Napoli won the Cup for the fifth time in their history back in 2014. Gattuso’s side will be without defenders Kostas Manolas and Kevin Malcuit, while Inter can welcome back from injury Alexis Sanchez – though whether Conte will put his faith in the Chilean is another matter, with Romelu Lukaku surely certain to start.  Napoli may be able to edge this one, having secured that slender lead in the first leg…