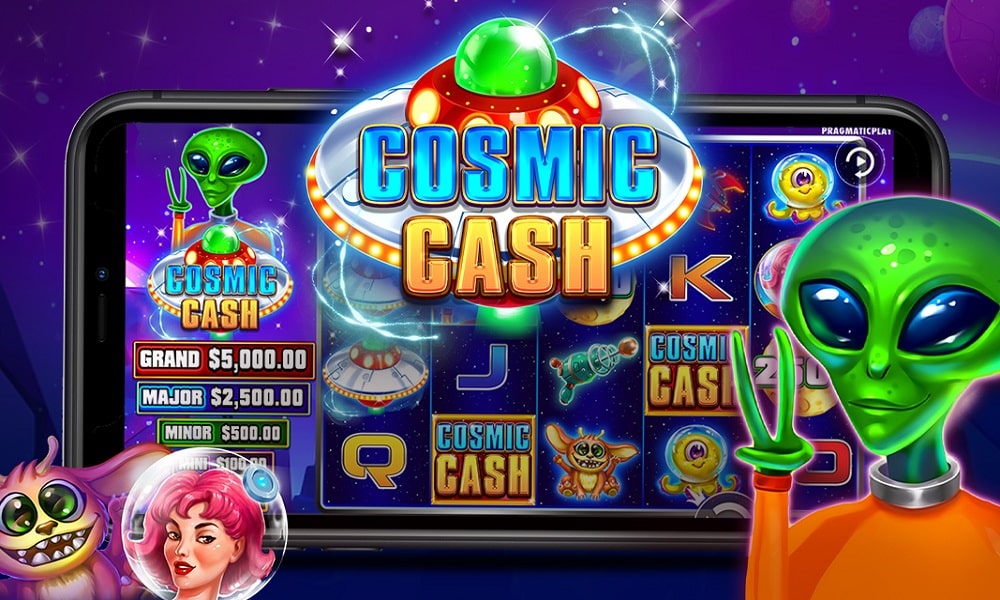 Fancy some space spondulix? Want to get your hands on those galactic greenbacks? If it’s interdimensional dosh you’re looking for, Cosmic Cash could be the game for you. Play Cosmic Cash now

Discover a universe of planet-quaking excitement

If six or more Money symbols land in a spin, they’ll trigger the Cosmic Respins feature. The normal reels will then be replaced with special reels that contain only blanks or money symbols.

Money symbols that land will offer a range of prizes, from direct cash prizes to Free Spins – potentially as many as 100, multipliers of up to x50, or one of the four jackpots.

You’ll start with three respins, and whenever a symbol lands, your respin counter will be reset to three. 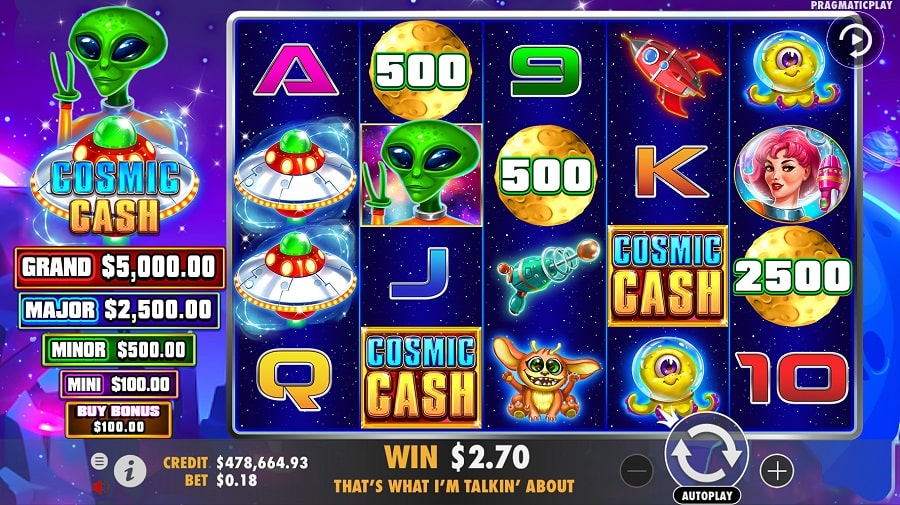 There’s also a UFO which can open an extra empty slot on the reels after a symbol lands, offering more screen space to land further symbols. Fill each position or run out of Respins, and the feature ends.

Back in the base game, if you can land three or more Scatter symbols you’ll trigger the Free Spins feature. Players can land 10, 20 or even 50 Free Spins this way.

Ready for an alien extravaganza, then? With eerie sound effects and music plus the slightly garish style, Cosmic Cash is a planet-hopping, extra-terrestrial adventure with ray guns, rocket ships and some truly out-of-this-world winning potential. And it’s almost time for takeoff…

Released 15th July 2022. In the meantime, visit 32Red Casino to check out a wide range of table games and slots!

Continue Reading
You may also like...
Related Topics:Cosmic Cash, featured