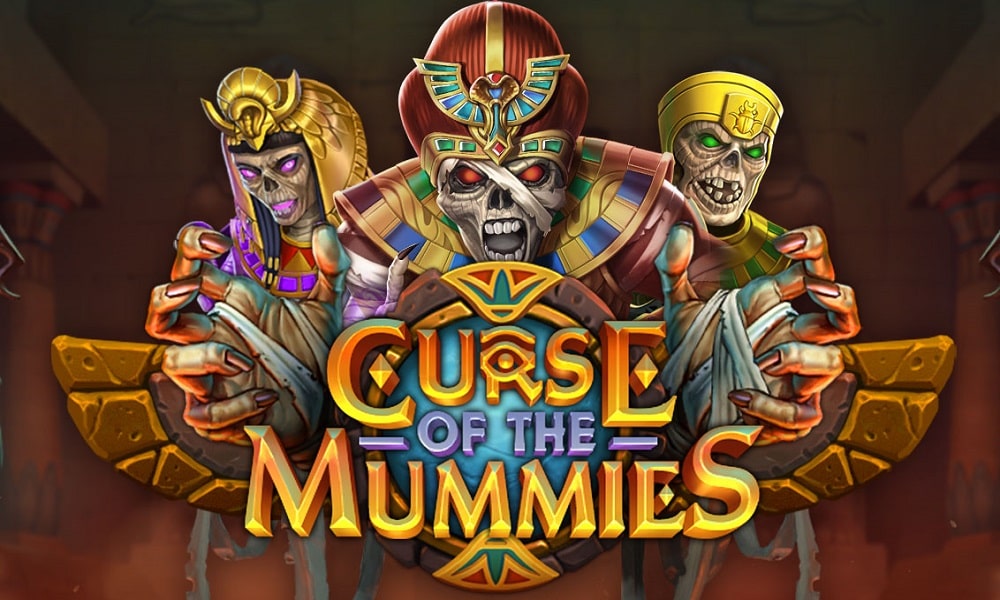 Unlike some other Egypt-themed slots, Curse of the Mummies doesn’t pussy-foot around.

There’s no sphinx sight-seeing without consequences here. No cryptic symbols of dog-headed men conjuring up the spirit of Anubis.

Curse of the Mummies offers a delightfully creepy atmosphere

Forget Steve Martin’s cosy King Tut SNL skit – this is raw, unbridled Egyptology. That means fiendish, undead monstrosities in filthy, decaying bandages, pursuing you as you seek to purloin the treasures of the tomb.

In this new release from Relax and Blue Guru Games, you’ll find a delightfully creepy atmosphere along with sparky visuals and outstanding music and sound that amp up the excitement. Outside of the 32Red staff facilities, rarely have we heard such guttural howls of exertion.

And the game’s not short on thrills. This five reel, three row release is a very high volatility game with 243 ways to win.

As you explore the tomb’s fearsome nooks and crannies, a random symbol can transform into a Wild or Scatter at any time. 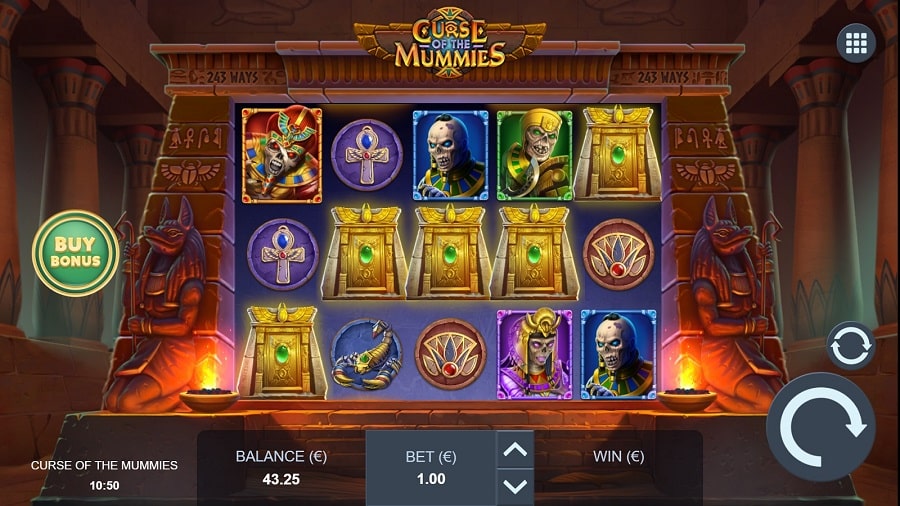 With Rise from the Crypt, this Mummy’s got multipliers

And with the Rise From the Crypt feature, Free Games are triggered if a scatter symbol lands on all five reels in the same spin. There’s a couple of different scatters, Standard or Super – and when they work their magic, they’ll grant you 15 Free Games.

Each standard scatter that triggers the feature also awards a multiplier of x1, x2, x3 or x5. Triggering Super Scatters will award multipliers of x10. And the Free Games multiplier will be the sum total of the awarded multipliers.

It’s possible to retrigger the Free Spins too, if additional scatters land. And again, these scatters will determine the value of your multiplier in the retriggered Free Spins.

This is a slot that looks fantastic and offers staggering potential for wins with those multipliers, if your luck’s in. Mum’s the word – you won’t be averse to this Curse.

Released 15th June 2022. In the meantime, visit 32Red Casino to check out a wide range of table games and slots!

Continue Reading
You may also like...
Related Topics:Curse of the Mummies, featured