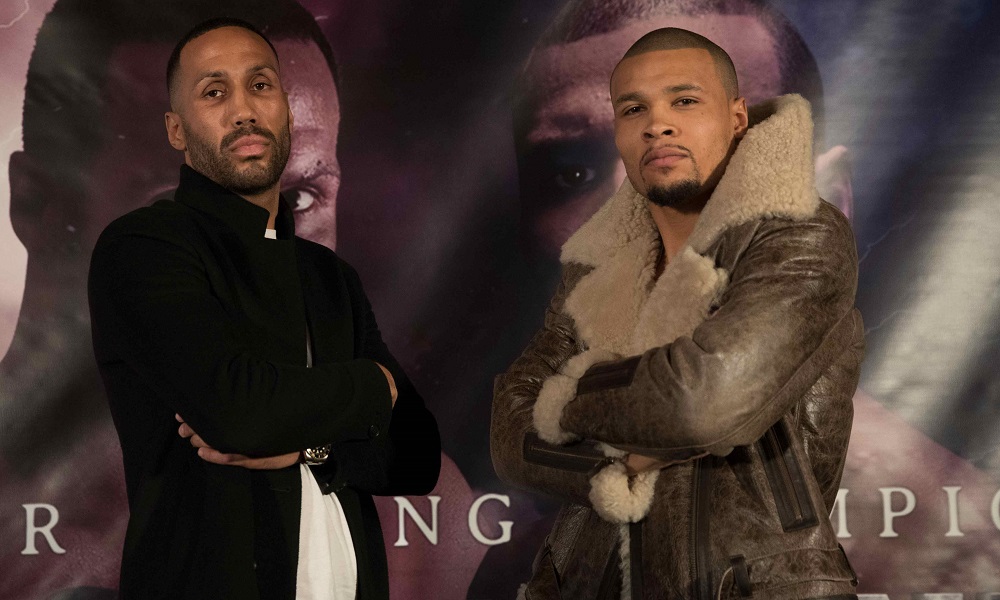 When first looking at the odds for this weekend’s James DeGale vs. Chris Eubank Jr. clash an old saying sprung to mind. “Fool me once, shame on you; fool me twice, shame on me.” Find the latest odds for Saturday’s fight here.

Almost a year ago to the day, Chris Eubank Jr. was heading into a domestic showdown with George Groves as the marginal favourite. The rationale being that Groves had seen better days and the younger, fresher Eubank Jr. was finally going to live up to the lofty expectations of his enigmatic father.

Come fight-night that myth was quickly dispelled, as the twelfth round aside (when Groves was fighting with one arm!) Eubank Jr. was proven to be a level below his more technically proficient and experienced opponent. This wasn’t the second coming of Floyd Mayweather Jr. we were promised.

It wouldn’t appear that we’ve learnt an awful lot from that experience, or from Eubank Jr.’s other notable defeat to Billy Joe Saunders in 2014, as here we are again looking at odds of 3/4 for Chris Eubank Jr. to come out victorious and James DeGale at 23/20. This time the narrative is that Eubank Jr. finally has a proper trainer and he’s accepted that he’ll have to listen to instructions from his team. This may well prove to be true, it’s something he’s needed to do for a while, but it’s hard not to raise your eyebrows when you hear it.

Based on the best we’ve seen from both fighters during their careers and assuming that’s the level we’ll see from them on Saturday night, this shouldn’t be a close betting contest. Peak vs. peak, you’d have to see DeGale as a short-priced favourite – likely a 1/3 shot. Eubank Jr. has struggled to pin down slick, mobile opponents and that’s exactly what the awkward DeGale brings to the table… at his best. And there lies the key question for this weekend – how close is James DeGale to his best?

If the lacklustre James DeGale who turned up in recent contests against Caleb Truax, or the James DeGale of 2012-13 who laboured to victory while fighting at the boxing backwaters of Glow, Bluewater shows up in the ring on Saturday, then he’s in for a very hard night. Whether it was injury, apathy or just the toll of a career of hard fights, he has on multiple occasions spent far too long sagged back on the ropes, throwing a worryingly low volume of jabs.

Eubank’s footwork is not his strongest asset, but if you present a static target, he can provide some highlight reel moments with his fast hands and good engine. Eubank to win in rounds 7-12 is currently priced at 33/10 and if DeGale’s body doesn’t allow him to keep on the move, that outcome isn’t out of the realms of possibility.

DeGale’s team and those who’ve sparred or seen his sparring in recent weeks are adamant his recent injury woes have eased and he’s back to (near) his best. They’ve not ruled out the prospect of retirement – win or lose at the O2 – but they’re outwardly confident there’s at least one big performance left in the tank.

Taking training stories as gospel is always a dangerous game, but given the available prices I’m more inclined to buy into this story than that of ‘Eubank reborn’. DeGale to win by unanimous decision at 11/4 just looks too long when taking into consideration what we’ve seen and discounting what you’ve heard.

The recently retired George Groves and James DeGale’s careers have seemed forever interlinked since they both shared a West London Amateur boxing club as teenagers. The much-anticipated rematch to draw the curtain on their careers never quite materialised, but I suspect that this weekend they will at least share the same final chapter and bow out with their final victory against Eubank.

Junior’s performances have never lived up to the hype, but fortunately for DeGale we don’t appear to have fully learnt that lesson yet and this weekend he should be able to exploit that, just as Groves did, to enjoy a more lucrative and comfortable retirement. He’ll have earned it.

James DeGale fights Chris Eubank at London’s  O2 Arena on Saturday, 23rd February. To see all our latest boxing markets, check out 32Red Sport here. If you’re up for a flutter on table games or the slots, be sure to check out our award-winning casino too!