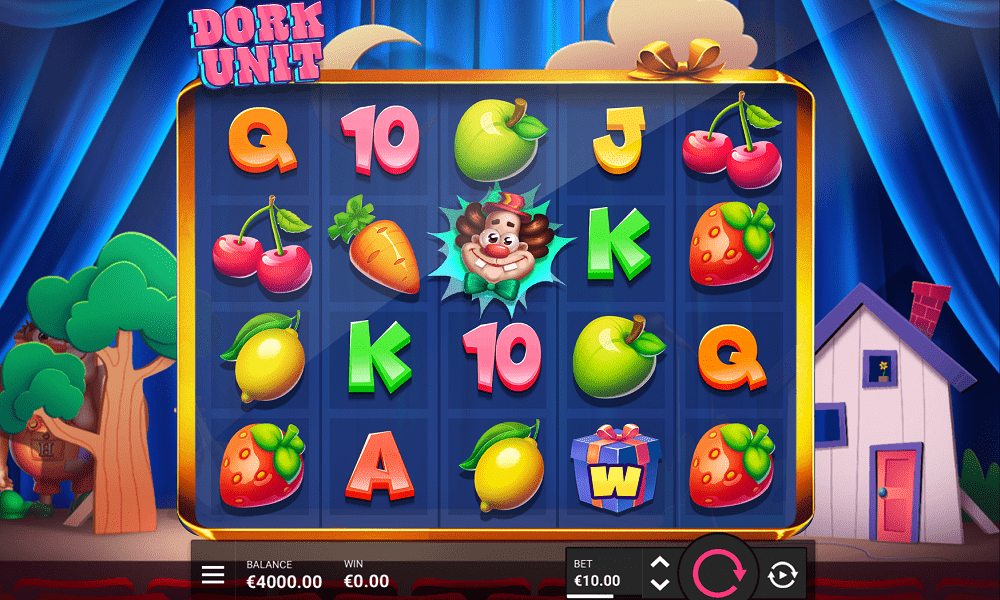 Heads up – the Dork Unit just hit town! And while this trio of goofy guys might look a little out there, these dweebs are a lot of fun. Play Dork Unit now

In this new release from Hacksaw Gaming, you’ll find the three stars of the show – Tiny Timmy, Hefty Hector and Long Lenny.

With Dork Unit, bring on the Gift Boxes

But there’s also some fine features that might steal the show from these lovable nerds.

This five-reel, four row slot looks like a standard fruit machine except for the presence of the Dorks themselves. But fire it up, and you’ll find there’s more to discover.

First, keep an eye out for Gift Boxes. These symbols act as Wild Multipliers. If more than one Gift Box contributes to a win, the multipliers are added together and applied to the win.

There are three varieties of gift boxes to be found. The common one may appear as a Wild without a multiplier at all; or it’s multipliers may come in at 2x, 3x or 4x.

If you land three Gift Boxes in the same spin, the Gift Bonanza bonus game will be triggered. 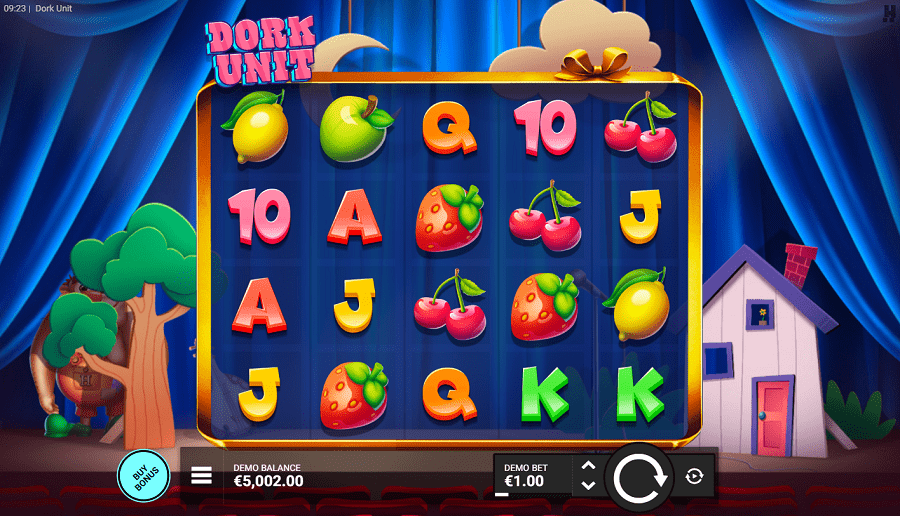 The Gift Boxes that triggered the feature will remain locked in place for the duration of the bonus, and you’ll be given three spins, with the idea that you try to land additional Gift Boxes.

Do so, and the spin counter resets. But three spins in a row without landing a Gift Box, and the feature finishes…

Back in the base game, there’s also a Dork Spins feature that’s activated if you land three Lenny symbols in one spin.

During this bonus, if the Lenny symbol lands it will expand into a wild Dork Reel that will remain locked in place for the remainder of the feature.

Ready to hang out with the dorks, then? Just call me Poindexter, cos this revenge of the nerds is a pleasure to play – with plenty of potential for payouts, too!

Released 27th July 2022. In the meantime, visit 32Red Casino to check out a wide range of table games and slots!

Continue Reading
You may also like...
Related Topics:Dork Unit, featured